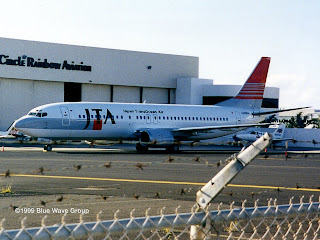 Today's HNL RareBirds Classic features JTA, Japan TransOcean Air (NU/JTA), it is a subsidiary of Japan Airlines, that is a regional carrier based in Naha, Okinawa, and serves the southwestern region of Japan. Before being acquired by JAL, JTA was known as Southwest Air Lines, and is not to be confused with USA's Southwest Airlines (WN/SWA), though both operate an all-737 fleet.