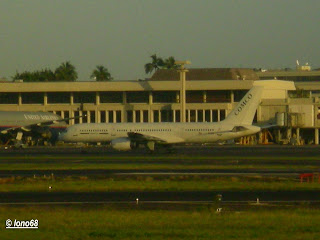 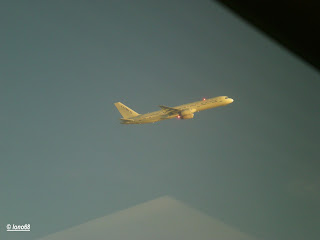 Here is a shot of an unusual visitor to HNL. This Boeing 757-23A, N226G (c/n 25491/511), is owned by a company called COMCO, which is owned by another company called L-3 Capital. It has reportedly done a lot of work for prominent defense contractor Raytheon (a longtime fixture at the Nevada Test Site and Area 51, Tonopah, NV) and the CIA.
Depending on whom you speak to about this aircraft, N226G is widely suspected of being one of two infamous "rendition planes." "Rendition", according to the conspiracy theorist, are the planes used to transport high value prisoners to supposed CIA prisons in other countries so they can be "tortured". The other COMCO 757-200 is N610G.
Posted by lono68 at 09:37

Nice catch, when was this taken?