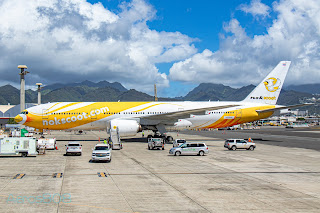 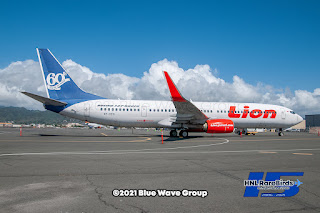 Castlelake is having Lion Air's VP-CEQ (c/n 38315, l/n 3954) ferried from CGK to SBD, via GUM and HNL. It's bound for the Delta Air Lines fleet. This 737-9GPER's ferry flight began on September 14th, and has been delayed at GUM since September 20th, after it had to turn back due to an undisclosed maintenance issue, and awaited parts.
38315's History:
Mar 2012: Originally delivered to Lion Air as PK-LJO, wearing the "60th 737-900ER" tail livery, and under lease from Castlelake.
Jun 2021: Withdrawn from service.
21 Oct 21 UPDATE
VP-CEQ remains parked at the same location, awaiting it's next leg to SBD. It's not known whether this 737-9GPER has another maintenance issue.
Posted by Blue Wave 707 at 15:15 No comments: 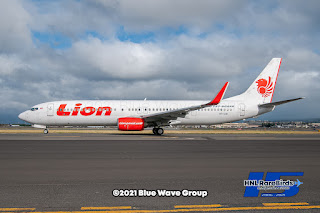 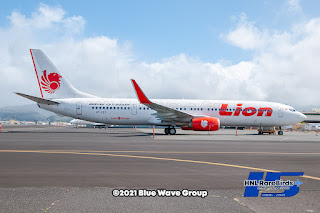 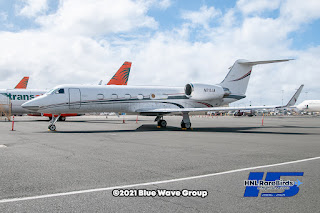 N515JA (msn 1051), a Gulfstream G-IV owned by Aery Aviation LLC [Wilmington, DE], is making a stop at HNL. With one of the port-side windows having a sensor sticking out from it, it appears to be a research jet. According to engelsjk.com, it flew circuits over Minnesota and Michigan.
14 Oct 21 UPDATE
N515JA has been flying circuits over the islands at FL410 as FST707.
22 Oct 21 UPDATE
This G-IV departed HNL this morning for VCV.
Posted by Blue Wave 707 at 21:28 No comments: 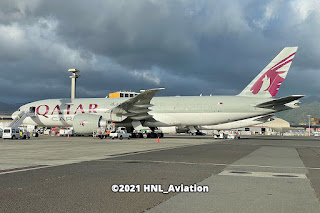 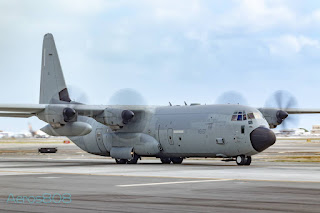 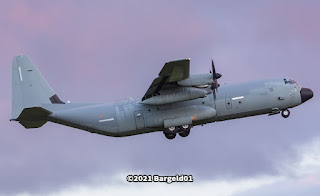