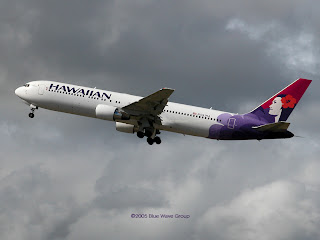 "‘Akekeke" was also one of the few -300ER models that Hawaiian did not have the Blended Winglets installed, and neither has for "Nēnē".
591 is seen above departing Runway 22L in 2005. 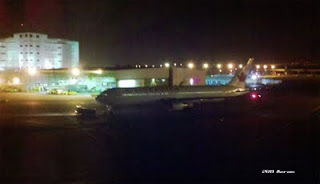 591 was back at HNL from VCV wearing the Air Canada colors, and was ferried to XMN as HAL9983 early yesterday morning.
Mahalo to team member Aeros for the above photo.
Posted by Blue Wave 707 at 10:26

i have some photos of N591HA at the hangar in HNL. enjoy the photos!