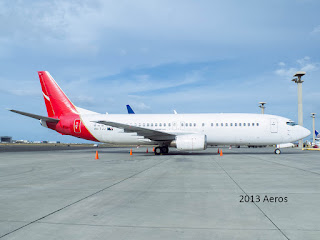 Heron was delivered in December 1990 to Australian Airlines where it flew until the airline was bought out by Qantas in 1993.