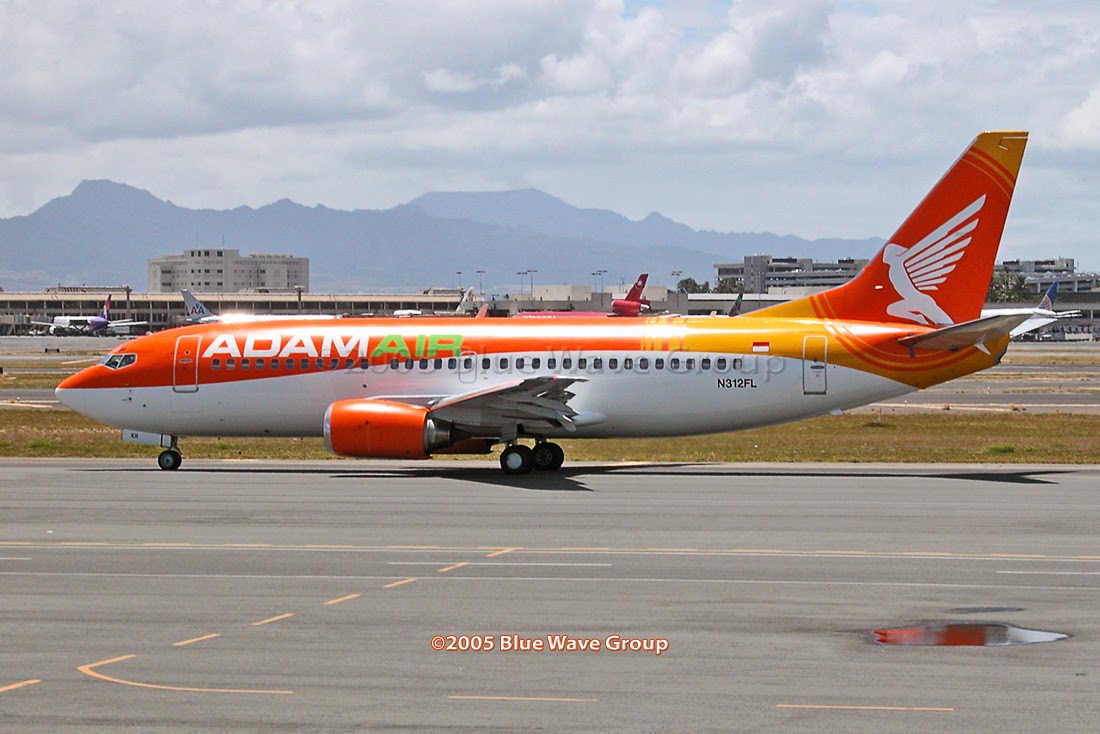 Our April edition of "HNL RareBirds Classic" dates back to June 2005, and this 737-300 delivery flight to Indonesia's Adam Air [KI/DHI]. Still wearing its US N-Number, N312FL (c/n 24569, l/n 1775), is seen above on Taxiway C, taxiing to Runway 8R. It was under lease from the Aviation Capital Group (ACG), and would be registered as PK-KKR, before entering service.