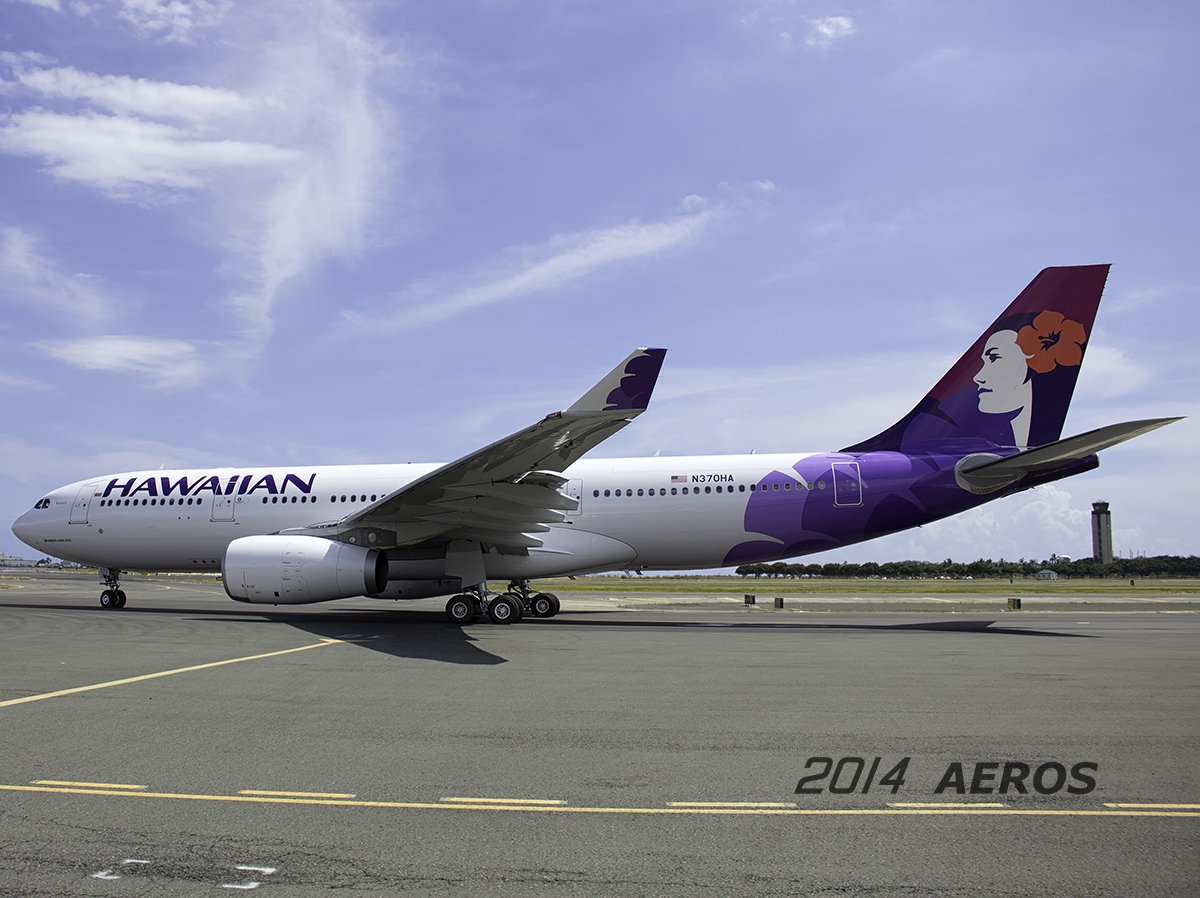 Hawaiian Airlines 17th, and newest A330-243 arrived on Friday afternoon as HAL21 from Seattle, after it flew direct from Airbus's Toulouse factory as HAL9975. N370HA (msn 1511) is named Kuamo'o after the North-South Starline. This constellation connects the North Star to the Southern Cross. Searching for the name Kuamo'o will produce an alternative name, Iwi Kuamo'o.
Posted by Aeros at 00:01