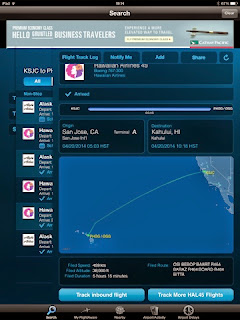 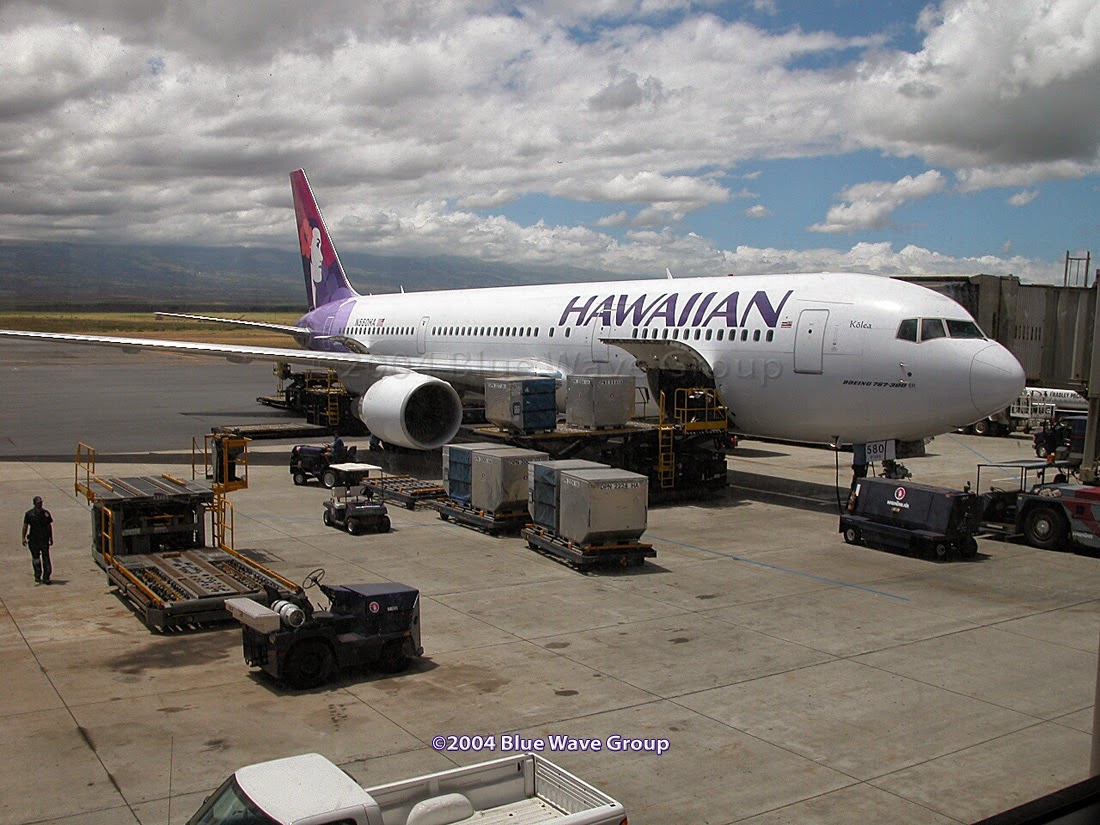 News outlets report that a 15-year-old boy stowed away in the wheel well of the port side landing gear on HAL45 (SJC-OGG), yesterday.  The top photo shows an iPad screenshot of from the FlightAware app of yesterday's HAL45 flight path and information. A FlightRadar24.com playback did not list the 767-33AER's N-Number. As a reference, the above photo is of Hawaiian's N580HA at OGG, taken in 2004.

Apparently, the teenager jumped a fence at SJC, then snuck into the wheel well, and survived the 5:15 flight at FL380, bearing temperatures of at least -40ºF, and a lack of oxygen. He was found wandering on the OGG ramp. It has been previously documented that a small number of others have survived this type of stowaway, but the majority of those who chose the wheel well as their stowaway location ended up dead.

Further details in this Hawaii News Now article.
Posted by Blue Wave 707 at 08:42

I saw this plane landing on Sunday. I was waiting for someones flight from Honolulu, and this one landed 2 flights prior. Didn't take a picture, because at the time it was just another Hawaiian 767.