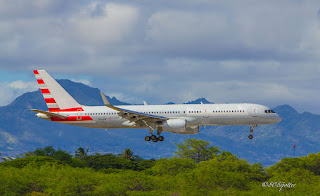 27806 was originally delivered to USAir in January 1995 as N628AU. It received the dark blue livery following the name change to US Airways. In December 2006, it had Blended Winglets installed, and re-registered as N941UW (f/n 941). Following the US Airways / American Airlines merger, it was transferred to the latterʻs fleet in December 2013, when it was painted in the American livery. It was withdrawn from service last month. 27806 will undergo freighter conversion at XSP, and will be leased to SF Airlines (China).
Posted by Blue Wave 707 at 14:08