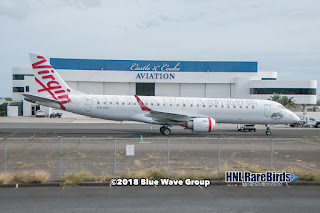 The airline has retired its entire ERJ-190 fleet, and ferried them to Nashville, TN, for storage. Several have been acquired by Nordic Aviation Capital (NAC), and found new homes with other airlines.
Posted by Blue Wave 707 at 10:52