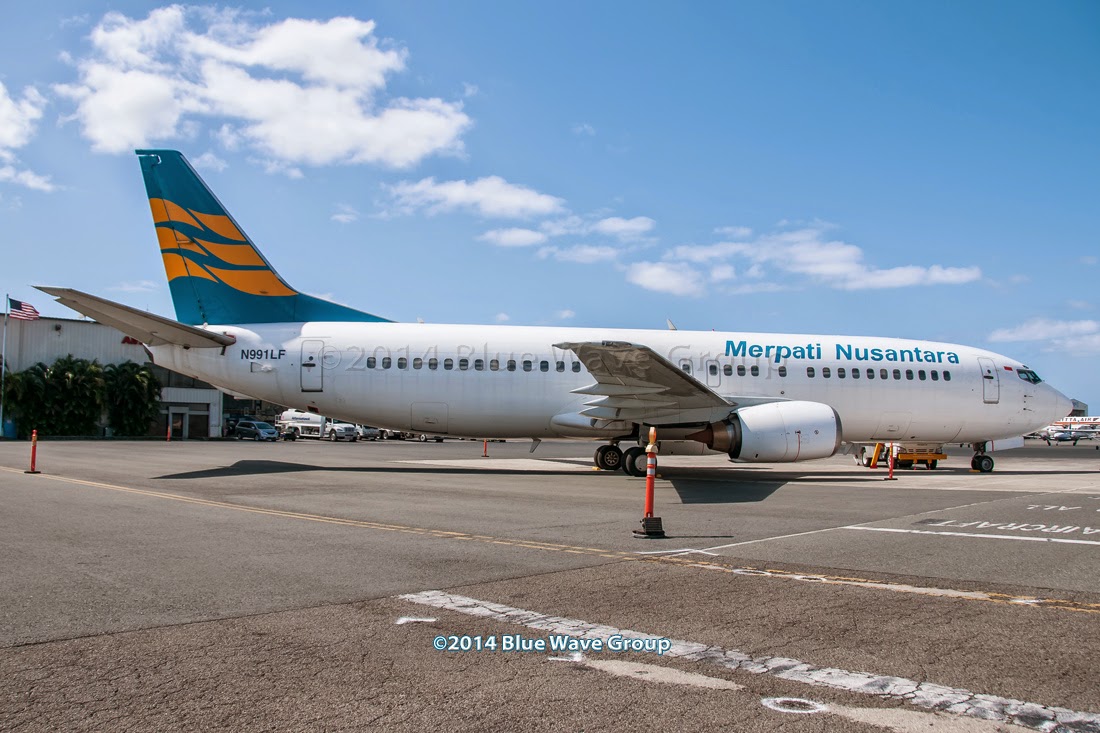 N991LF (c/n 26334, l/n 2782), a 737-4Q8 that was most recently with Merpati Nusantra [MZ/MNA] (Indonesia), is making its way back to the US mainland, as its lease with ILFC is up. From CGK to GYR, it has made stops at BKI [Kota Kinabalu International Airport, Kot Kinabalu, Sabah, Malaysia], SPN, MAJ, and now HNL. It arrived last evening from MAJ, and will depart for GYR tomorrow morning. As seen above, it's still in the full Merpati livery.

26334 was originally delivered to ILFC, then leased to Hainan Airlines in April 1996 as B-2965. It also was repainted in the 2006 livery, and stayed with Hainan until February 2012. Three months later, it was leased to Merpati Nusantra as PK-MDR. 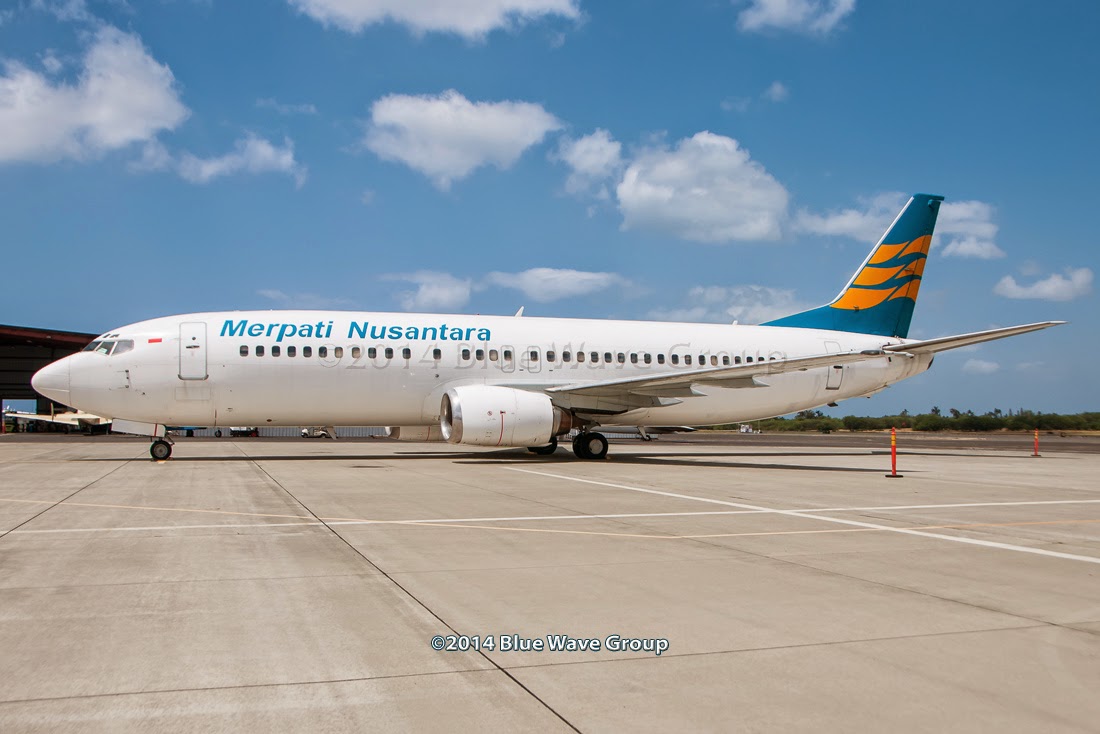 N991LF is still at HNL, and has been moved to the south ramp hardstands a couple of days ago.