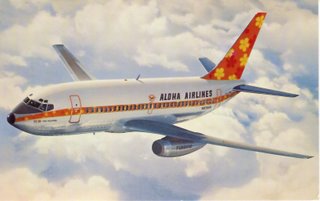 From the archives comes this Aloha Airlines 737 N570GB from 1968. This is how Aloha's retro bird should look with the original black titles near the tail. Groovy baby!
Posted by Pan Am Hawaii at 19:45 1 comment: 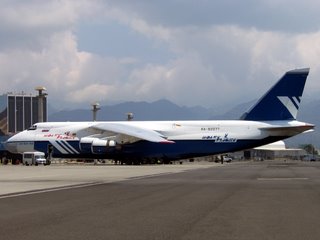 Here's the Polet AN-124 that stopped off in HNL today. RA-82077 parked at the North Ramp right next to a pair of Asia Pacific 727-200F. I was able to drive up and get a good look at the aircraft. Surprisingly, the huge wings of the AN-124 only extend a couple of feet over the lines of the hardstand.
Posted by hal763 at 18:14 1 comment: 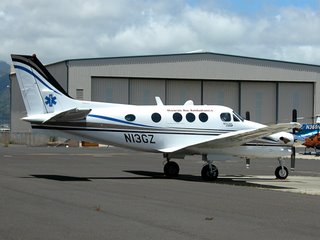 Today's United flight UA72 to SFO was a 744. Registration was N197UA, which is still in the old gray livery. Sorry, no picture since it was spotted as it was leaving.
Posted by hal763 at 12:47 No comments: 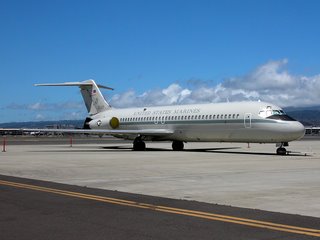 Occasionally, the US Navy or the US Marine Corps will park their transport aircraft visiting Hawai‘i on HNL's South Ramp. Today is no different. This McDonnell-Douglas C-9B "Skytrain II", BuNo 160047 (c/n 47687) basks under the Hawaiian sun. As you can see, there is no tail code, nor squadron insignia on 160047. This C-9B is most-likely assigned to the VMR-1 "Roadrunners" of Marine Corps Bases East, and based at MCAS Cherry Point, NC. According to sources, VMR-1 is the only USMC unit that C-9Bs are assigned to. 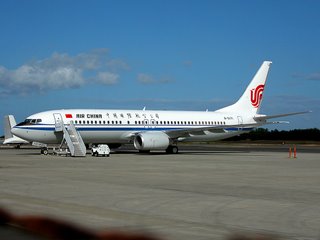 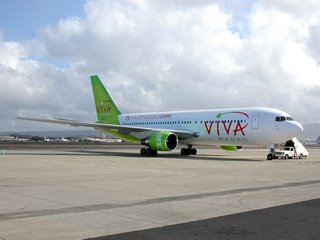 Viva Macau (Macau Eagle Aviation Services dba) has leased this 767-284ER (B-MAV, c/n 24716) from AWAS as one of 2 767s they will use to begin flights from/to Macau. This 767-284ER was previously with AeroMexico (AM), and was registered as XA-RVZ while south of the border. During it's delivery flight, it wears the temporary registration of N716AN.

Boeing will switch their 737NG operations to PAE (Paine Field, WA) while BFI's runway undergoes construction work over the next few weeks.

The Transportation Security Administration (TSA) & Department of Homeland Security (DHS) has raised the security threat level alert at all Hawai‘i airports to Orange, due to a foiled terrorist plot in the UK, to blow up US aircraft flying between the UK and the continental US.

Kudos to the government agencies in both the UK, and the US who foiled the plot, and captured the bad guys. Great job!
Posted by Blue Wave 707 at 08:08 No comments: 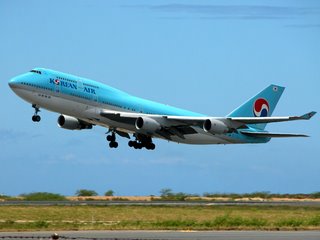 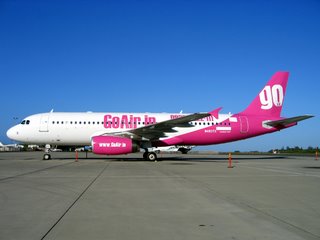 Frequency is Monday and Sunday

Today was the first day for the schedule change and the following picture of is that arrival. ZK-NCJ arrived at 08:00 into Gate 33. Now both Qantas and Air New Zealand have changed their flights from late night HNL arrivals to morning arrivals. 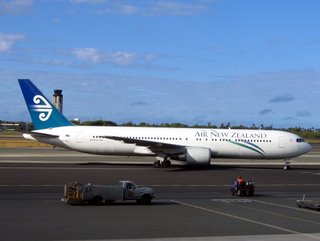 Continental Airlines has subtituted a 767-224ER on their run from/to NGO (Chubu Centrair International Airport, Nagoya, Japan). Continental Micronesia's CMI904/905 is normally operated by a 767-424ER. Not sure how long the 762 will be doing the run. The 762 arrived @ HNL on the 3rd as COA9971 from EWR (Newark International Airport, NJ), and put into service yesterday. Are summer loads that low? 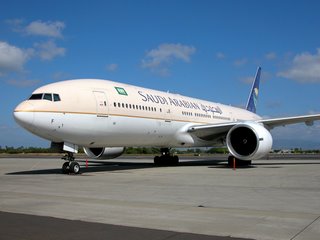 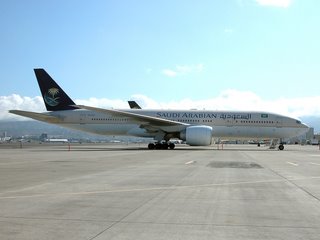 Saudi Arabian Airlines' 777-268ER, HZ-AKF (c/n 28349) arrived @ HNL on the evening of July 31st, and has camped out on the south side while it's occupants and crew enjoy their Hawaiian vacation. This flight, SVA7522, was routed from CMN (Mohammed V Airport, Casablanca, Morocco) to HNL via LAX. This aircraft looks like it had its paint sandblasted by the Arabian desert sand. In the top photo, notice the lack of glossiness on the fuselage. Definitely needs some new paint.

According to sources, members of the Saudi royal family were not on this 772. They said the interior was like a typical airliner, nothing special.
Posted by Blue Wave 707 at 11:11 No comments: 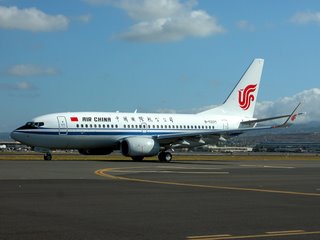