China Southern Airlines took delivery of another 737-81B, B-5310 (c/n 35376). It stopped at HNL, but was parked on the North Ramp, due to on-going construction on the South Ramp hardstands and Taxiway C. 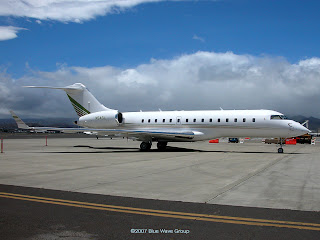 This Bombardier BD-700-1A10 "Global Express", N54SL (msn 9187), is owned by Harpo Inc, which is Oprah Winfrey's production company. Miss Winfrey reportedly owns property on the island of Mau‘i. Apparently, the OGG RON (Remain Over Night) area for biz jets must be full. N54SL has been parked at HNL for the past few days, after dropping off its passengers at OGG.
Posted by Blue Wave 707 at 14:36 1 comment:

Lion Air International took delivery of their next 737-9PGER, PK-LFI, and it stopped over at HNL today. 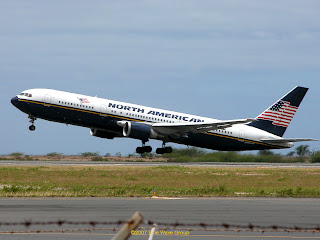 Half of North American Airlines' (NA/NAO) ten plane fleet are 767-300s, as N765NA (c/n 28098), a 767-306ER, is seen here departing Runway 8R. This 767 was formerly registered as PH-BZE while with KLM Royal Dutch Airlines. The majority of NA's service are charters (for both commercial and military), today was one of them as NAO401, HIK-RJOI (MCAS Iwakuni, Yamaguchi-ken, Japan).

The other half of the North American Airlines fleet are 757-200s, which used to have regular service between OAK and HNL.
Posted by Blue Wave 707 at 14:21 No comments:

Unfortunately, I got to HNL a bit too late, and saw it departing Runway 8L, as I was driving down Lagoon Drive.
Posted by Blue Wave 707 at 14:35 No comments:

Thursday, 7/12 saw the arrival on Rwy 8L of the USAF Materiel Command's NKC-135E 55-3132 (c/n 17248). Definitely a rare sight, it no longer has the top or bottom canoes attached to the fuselage that can be seen here. According to Wikipedia, Big Crow is the designation of the two NKC-135 test-bed aircraft (55-3132 and 63-8050) heavily modified for electronic warfare testing, and to be used as a target simulator for flight testing the Boeing YAL-1 Airborne Laser (ABL).

On March 15, 2007, the YAL-1 successfully fired this laser in flight, hitting its target. The target was the NKC-135E Big Crow 1 test aircraft that has been specially modified with a "signboard" target on its fuselage. The test validated the system's ability to track an airborne target and measure and compensate for atmospheric distortion.
Posted by Moku Pics at 11:27 4 comments:

On a related note, there is a typhoon that bearing down on Japan right now, which will impact the flights around the world in the next few days.
Posted by Blue Wave 707 at 07:44 No comments:

The Philippine Airlines HNL-MNL flight today was operated with one of their A330-301s instead of the usual A340-313X. The aircraft that came in today was F-OHZT. Unfortunately, no picture.
Posted by hal763 at 17:47 No comments: 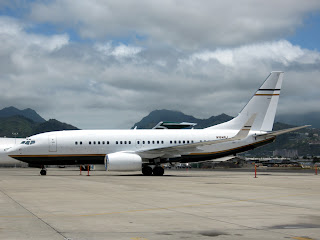 Parked on the North Ramp today was a BBJ1 (737-700) with the registration, N164RJ. It white with a blue belly and gold cheatline. The tail has a blue and gold stripe. Not sure when it came in or who operates it. According to the FAA registry, it is owned by Wells Fargo Bank, but they are a lessor.
Information from Blue Wave shows that this is an Executive Jet Aviation aircraft with Bausch & Lomb as one of the users.
Posted by hal763 at 16:11 1 comment: 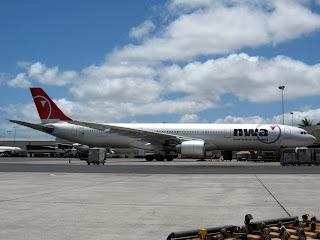 The Center Concourse in the Overseas Terminal has been outfitted with LCD screens through out the entire concourse. Each gate now has 2 LCD screens, one over the gate counter and one by the jetway doors. The screens still display the airline and flight, but now also show the airline's logo on a blue background with the State's DOT logo. These displays are blank if no flight is at the gate, but will turn on when the regular pre-recorded announcements play over the PA system and will "close caption" the announcement. The state has also added new LCD FIDS (Flight Information Displays). They still had the old CRT FIDS still running, but the new FIDS now cycle through the codeshares for any flights. Another addition is a screen for paging announcements. I only noticed this because there was a name on the screen, otherwise I wouldn't have know what it was.

I haven't walked around the Ewa Concourse in a couple of weeks, but the state has also installed LCD screens, mostly to replace the CRT TVs at the gates. They have also added a lot of artwork and photographs in the empty spaces between gates 31-34. Those areas still don't have any flooring to cover the concrete and the lights are always still turned off, but they do have a little more seating and more to look at instead of just white walls.

Around the administration building between Lobby 5 and 6, the state has put up even more artwork, photograhps, and Hawaii aviation history. The theme on the Lobby 5 side seems to be about Pan Am's flying boats. The two large planters in the atrium in front have been filled in and are now seating areas. However, the big addition to the atrium is the 3/4 model of a Navy F4B, which is pictured below. This aircraft replaced the other one (please help me remember), which was taken down a couple of years ago and moved to the Pacific Aviation Museum on Ford Island. 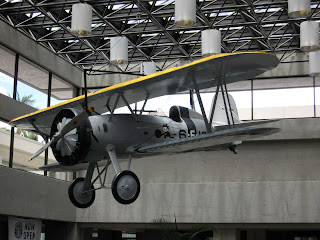 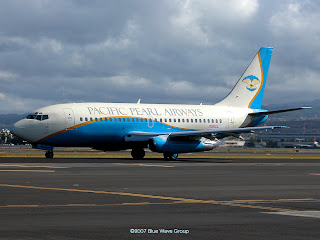 A 737-232, N316DL (c/n 23084), once owned by Delta Airlines (DL) is scheduled to stop over at HNL later today from SBD (San Bernadino International Airport, San Bernadino, CA) via SNS (Salinas Airport, CA). N316DL is now owned by Jet Global LLC (Chicago, IL), and is headed for Pacific Pearl Airways of the Philippines (as mentioned in the posted comment) as RP-C8777 (painted on nose gear door).

Thursday 7/5 saw the arrival of Asiana's 747-48EM HL7428 to Runway 8L. We followed it out Taxiway Alpha, where it proceded to the Hickam VIP ramp at base operations. It was still there later in the afternoon when we returned. Sorry, no photo.
Posted by Moku Pics at 23:08 2 comments: 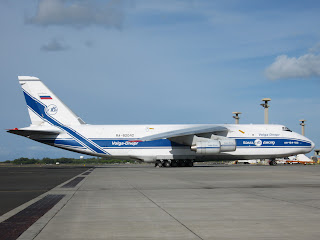 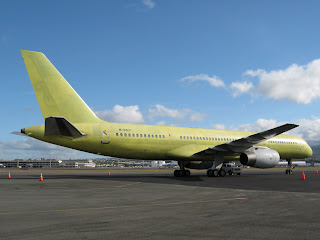 It looks like China Southern Airlines is selling B-2807 (c/n 24402), one of their 757-21Bs. It left CAN (Baiyun International Airport, Guangjou, China) and is headed for GYR (Goodyear Airport, Phoenix, AZ). It stopped at SPN before stopping here. B-2807 has been repainted with green primer. 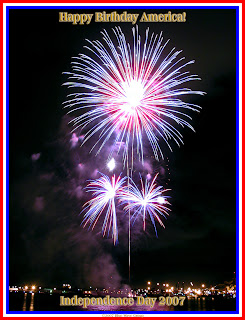 Celebrating our nation's 231st birthday! Freedom, liberty, justice for all! Thank you to our founding fathers, who had the guts to stand up in the face of death for all of us. Thank you to all the patriots for defending our land. God Bless America! 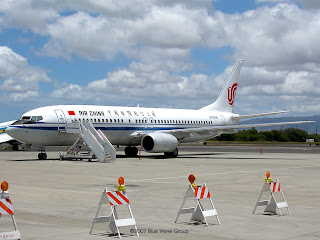 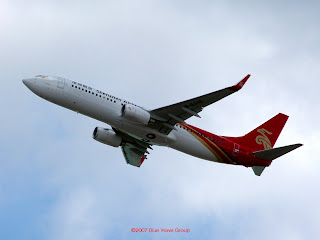