Hawaiian To Expand To NRT 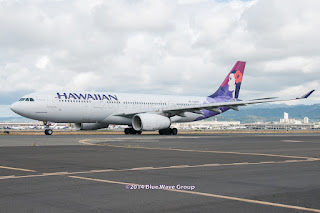 Hawaiian Airlines announced today that they will launch daily A330-243 flights between HNL and NRT, and is scheduled to begin on July 22, 2016. This will be Hawaiian's fourth destination in Japan, and 11th overall, internationally. HAL821 will be the HNL-NRT segment, and HAL822 will be the NRT-HNL segment.

Further details in this Hawaiian Airlines press release.
Posted by Blue Wave 707 at 11:55 No comments: 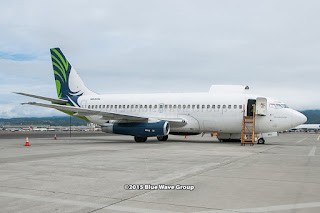 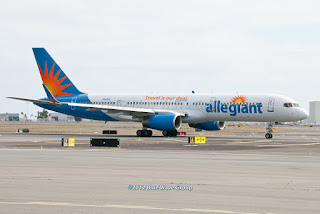 Virgin Australia's VH-ZPB is making its way back to Australia as VOZ9902. It arrived from VNY this afternoon, and will continue onto APW tomorrow.
Posted by Blue Wave 707 at 20:56 No comments: 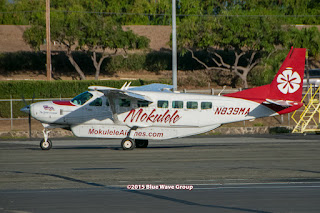 Today, Mokulele Airlines changes its ICAO code to MHO, and it's callsign to "Mahalo" for its Hawai‘i flight operations. The airline's IATA code, MW, remains the same.
Posted by Blue Wave 707 at 09:02 No comments: 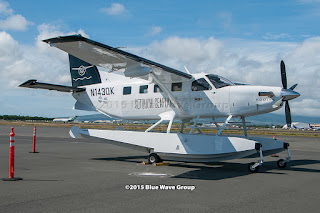 Setouchi Seaplanes is taking delivery of N143QK (msn 100-0143), Quest Kodiak 100 seaplane, that will be registered as JA03TG upon arrival in Japan. Prior to its delivery flight, it has been used as a demonstrator, including being on display at the 2015 EAA Oshkosh Air Show.
Posted by Blue Wave 707 at 13:43 No comments: 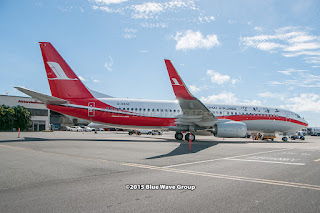 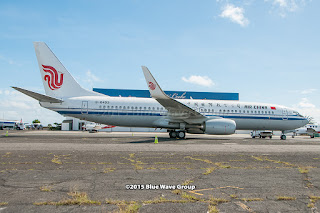 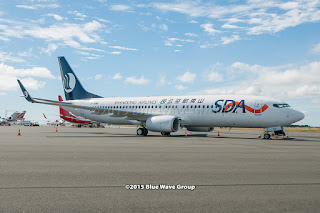 Virgin Australia's VH-ZPC "Cabaret Beach" (msn 19000170) is making its ferry flight from BNE to BNA for its maintenance check. The E190 is flying as VOZ9901, and arrived from APW this afternoon, and will continue onto VNY tomorrow.
Posted by Blue Wave 707 at 18:36 No comments: 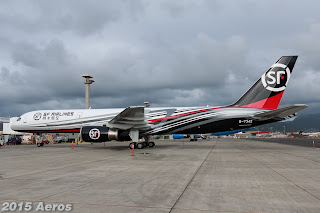 To continue the transit through HNL for cargo conversion theme, SF Airlines B-7342 (c/n 26278, l/n 671) a 757-2G5F arrived this afternoon. B-7342 stopped at Honolulu back in June of this year on it's way to the mainland for freighter conversion. 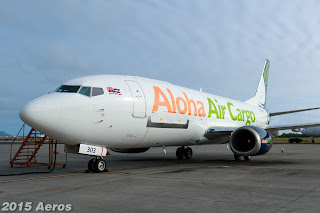 Five months have passed since N303KH (c/n 25606, l/n 3123) passed through Honolulu to the mainland for conversion. The arrival of the 3rd 737-300 coincides with the imminent retirement of N840AL, which has had its titles painted over.. 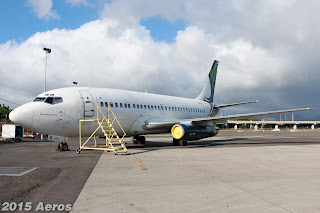 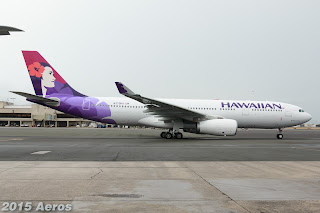 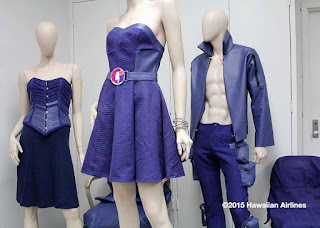 Hawaiian Airlines donated upholstery from their replaced 717-200 seats to the Honolulu Community College Fashion Technology Program for an upcycle project that would be done by its students for HONOLULU Fashion Week, this weekend.
Posted by Blue Wave 707 at 10:28 No comments:

Allegiant To End HNL Service in 2016 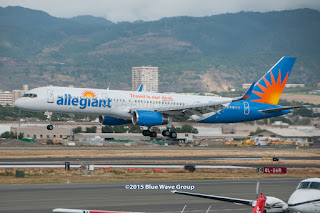 Allegiant Air announced that will end HNL service in September 2016, and will retire all six 757-204s in early 2017. The airline cited rising costs as the main factor to exit its Hawai‘i service.
Posted by Blue Wave 707 at 10:17 No comments: 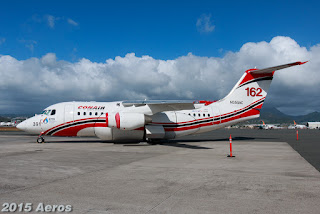 Aero-Flite's N355AC (msn E2293),a converted RJ-85 is making its way down south to Australia once again for their upcoming fire season.

Our thoughts and prayers go out to the people of Paris, France, and around the world, affected by the cowardly terrorist attacks in Paris.
Posted by 2003Z06 at 14:09 No comments: 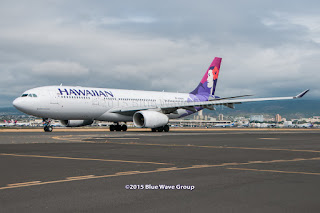 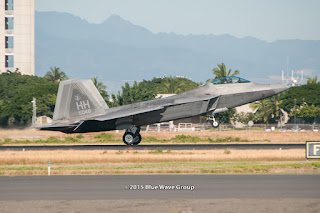 The HNL RareBirds team expresses our gratitude to those who currently serve, or who have served, in the US Armed Forces, on this Veteran's Day. And to those who serve (or served) in Canada, Australia, New Zealand, and the United Kingdom, we honor you on this Remembrance Day.
Posted by Blue Wave 707 at 08:44 No comments:

American recently introduced the A321 between OGG and LAX, replacing the 752's.

Particularly interesting was their choice of registration for the aircraft seen today departing for LAX as AAL254. N125AA was previously worn by an American Airlines DC-10-10 and the registration was retained when the aircraft operated for Hawaiian Airlines.

Posted by OGGturbojets at 17:08 No comments: 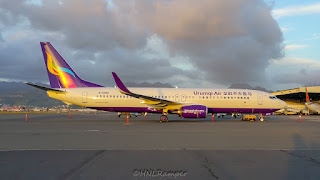 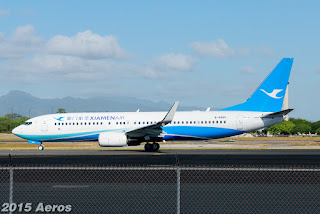 This A319 was originally delivered to Cebu Pacific Airlines as RP-C3189 in September 2005. It was withdrawn from service ten years later, sold to Allegiant, and ferried to HKG for repaint and interior reconfiguration.
Posted by Blue Wave 707 at 23:14 1 comment: 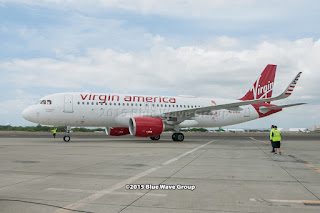 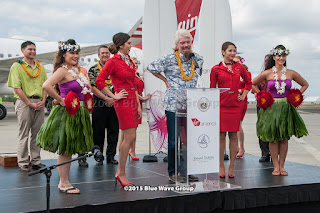 In their own style, Virgin America launched service between SFO and HNL today, with VRD51 making its inaugural flight that arrived to hula dancers, Virgin America flight attendants and HNL Station personnel, and local dignitaries. N281VA "Pineapple Express" [top photo], adorned with a special decal by street artist Si Scott, arrived on Runway 4R, and taxied to the South Hardstands.

Instead of the festivities held at the gate, the airline chose to hold its inaugural arrival on HNL's South Ramp. Aboard the maiden revenue to Hawai‘i was Virgin Group Founder Sir Richard Branson [above photo], along with Virgin America CEO David Cush. Hawai‘i Governor David Ige was on-hand to greet the flight as well. 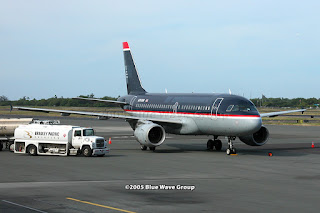