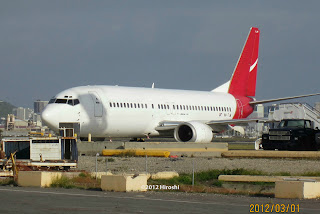 Mahalo to blog fan Hiroshi for the photo of VH-TJW on HNL's North Ramp.
Posted by Blue Wave 707 at 21:33 No comments: 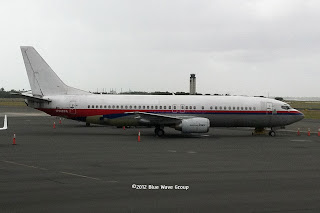 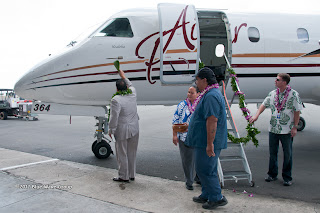 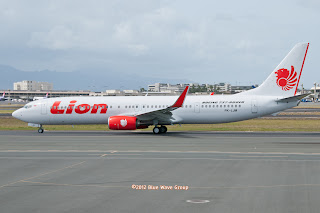 In a move to upgrade their fleet, Island Air is switching to the European-made ATR turbo-props. The inter-island carrier's Dash8-100s will be phased out as they receive both the ATR42 and ATR72. They are also wet-leasing a Pen Air SF340B as N809WP is reaching its service limits.
Posted by Blue Wave 707 at 08:59 2 comments: 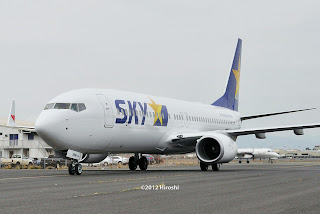 Mahalo to blog fan Hiroshi for the photo of JA73NM, as it taxies to the Castle & Cooke Aviation ramp, after arriving from BFI.
Posted by Blue Wave 707 at 09:40 1 comment:

23066 was originally delivered to CAAC (Civil Aviation Administration of China) [CA/CCA] in December 1983 as B-2505. It was acquired by China Southern Airlines in July 1990. It was sold to Aero USA, and leased to Markair [MRK] in December 1991 as N676MA. Xiamen Airlines was the lessee in December 1995. It was returned to Aero USA in October 2000 as N306GE. Ardennes Holdings bought 23066 in February 2001, and leased it to Estafeta Carga Aerea as XA-ADV the month after. When it was returned to Ardennes in December 2007, it was registered as N306AL. In May 2008, it was leased to Regional Cargo as XA-RCB. Last November, Wells Fargo Bank Northwest bought N306AL from Ardennes Holdings. 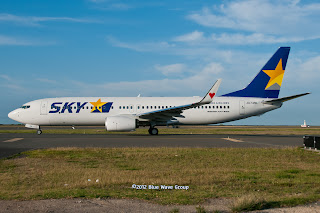 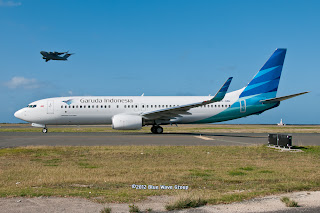 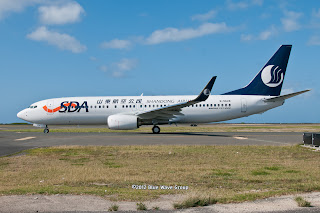 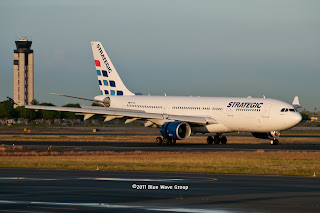 Air Australia suspended all operations today, and the airline has been put under administration under supervision of KordaMentha. Here in Honolulu, several hundred passengers have been stranded by the shutdown, and VH-SSA (above) is parked on the north ramp. Both Hawaiian Airlines and Qantas Airways are both offering rescue fares to help the Air Australia with their return accommodations.
More information is FlightGlobal.com's article.

Qantas Airways is in the process of assisting those affected passengers. 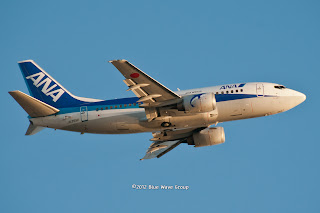 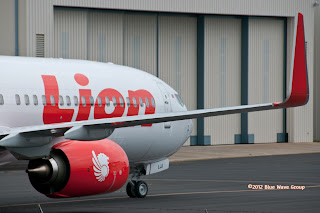 At the 2012 Singapore Air Show, Boeing and Indonesia's Lion Air has firmed up their 737NG and 737MAX order with the manufacturer, for a total of 230 airliners (201 737MAXs and 29 737-9GPERs). It has yet to be determined as to which MAX variants will be built, but Lion will be the launch customer of the MAX9.

This order will ensure the flow of Lion deliveries that will pass through HNL for a few more years.

More information on Boeing's press release.
Posted by Blue Wave 707 at 06:42 No comments: 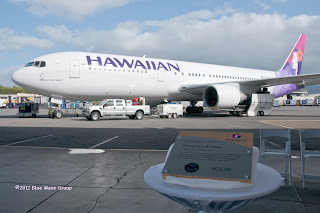 This morning, Hawaiian Airlines was awarded the first ever aviation-based carbon credits that have been verified by Verified Carbon Standards. Hawaiian is the first airline ever to achieve this award. The airline has reduced it's CO2 emissions by 22,000 metric tons over the past six years. The airline also uses the Pratt & Whitney EcoPower jet engine wash system, as the wide-body fleet overnights at OAK and LAX. The results have been better fuel consumption, lower CO2 emissions, and longer engine life. 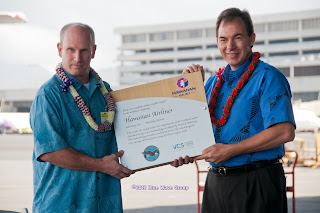 In the photo above, Pratt & Whitney vice president Rick Duerloo presented Hawaiian Airlines president and CEO Mark Dunkerley with a plaque noting the airline's accomplishment.
Posted by Blue Wave 707 at 13:42 No comments: 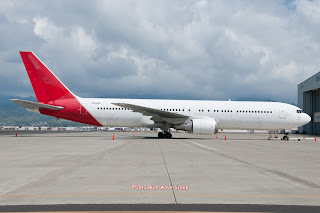 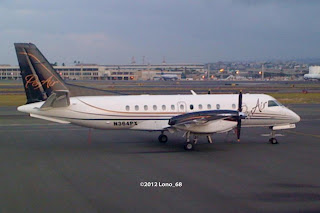 It's being wet-leased from Pen Air to replace N809WP, as it service time is reaching its limits. Island Air is supplying the cabin crew for the SF340B. 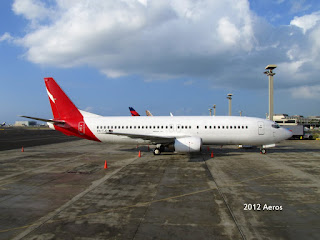 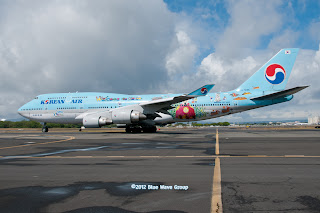 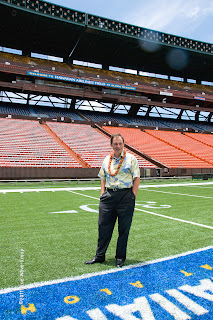 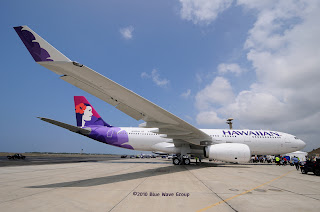 Hawaiian Airlines President & CEO Mark Dunkerley and A330-243 N380HA "Makali‘i" made a cameo appearance in "Mai Ka Wa Kahiko", tonight's episode of "Hawai‘i Five-0". It was in the scene after the opening credits, which was shot on the south ramp hard stands. Mark Dunkerley (top) played himself, and the A330 had both interior and exterior shots. Also, former Miss Hawai‘i, current Hawaiian Air flight attendant, and TV talent Denby Dung played a Hawaiian Air flight attendant.
In one camera angle, the Kamaka Air planes and hangar can be seen in the background; and in another the Continental Airlines hangar, and a UPS MD-11F are seen in the background.
Posted by Blue Wave 707 at 21:28 No comments: 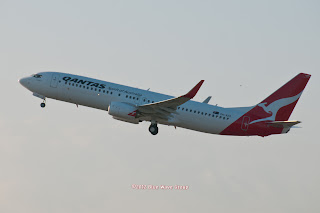 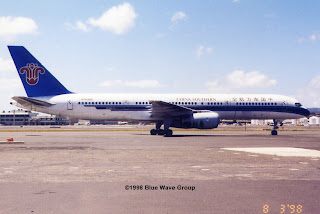 The February edition of "HNL RareBirds Classics" takes us back to August 3, 1998, and China Southern Airlines' N769BE (c/n 24118, l/n 163), a 757-236, that's pictured above on the Anderson Aviation ramp.
24118 was originally delivered to Air Europe [AE/AEL] as G-BNSD in March 1988. Apparently, this 757 was not taken up by British Airways, as their Boeing Customer Code is -_36. It was subleased to Air Europa [UX/AEA], and registered as EC-EMA, from December 1988 to November 1989. After the closure of AEL, it went to Transavia [HV/TRA] as PH-TKY in March 1992. Babcock & Brown Aircraft Management (BBAM) purchased 24118, and leased it to China Southern Airlines [CZ/CSN] in July 1993. In the above photo, it's seen returning to the mainland. Two months after the photo was taken, it was leased to Royal Airlines [QN/ROY] as C-GRYO. It was then absorbed into the Canada 3000 Airlines [2T/CMM] fleet when it merged with Royal in January 2001. Following the closure of CMM in January 2002, Pegasus Aviation acquired the 757, leased it to Transmeridian Airlines [T9/TRZ], and registered as N958PG. It was subleased to Avianca Colombia [AV/AVA] from October 2003 to May 2004. From May 2004 to November 2004, N958PG was chartered for Senator John Kerry, and specially painted presidential campaign run. Since 2008, 24118 has been leased by Venezuela's Santa Barbara Airlines as YV2243, and currently wears the new SBA branding.
Posted by Blue Wave 707 at 13:58 No comments: 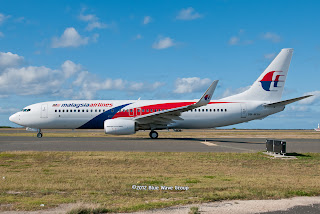