34710 was originally purchased by Icelease, the leasing arm of Icelandair in January 2007, and leased to Hong Kong Express as B-KXE. In March 2013, it was leased to Hainan Airlines as B-5763. Earlier this month, Macquarie AirFinance acquired 34710.
Posted by Blue Wave 707 at 20:20 No comments: 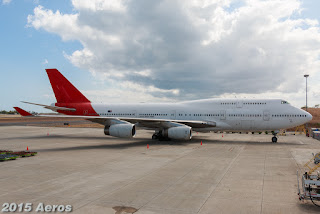 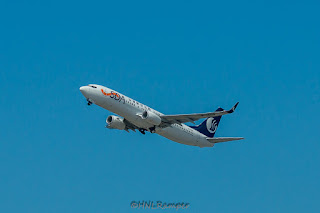 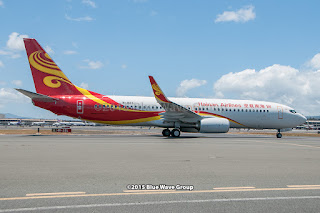 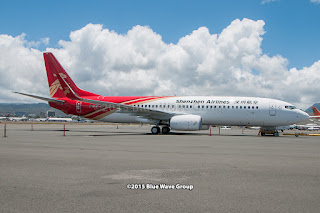 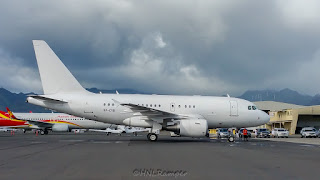 VP-CYB (msn 5545), an A318-112CJ owned by Business Aviation Asia (a Hong Kong-based charter company), has made a stop at HNL. Because of tight ramp space on the south side, the "Baby Bus" has been parked on Taxiway F.

Though built in 2013, this ACJ was delivered to PVG from XFW in April 2015. When it was registered as D-AUAA, during its test phase, it had Sharklets installed, but has since had the standard wingtip fences installed.
Posted by Blue Wave 707 at 19:22 1 comment: 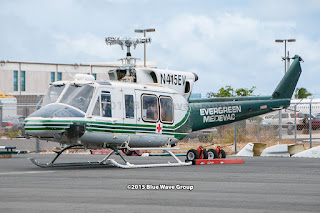 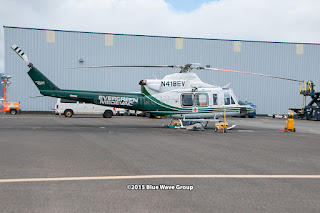 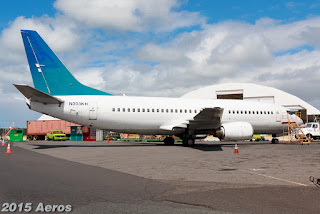 25606 was originally delivered to Air New Zealand in September 1999 as ZK-NGG. It was withdrawn from service and stored at CHC last month, and sold to Aircraft 25606 LLC (Lake Mary, FL) as N303KH. 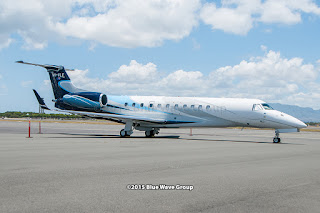 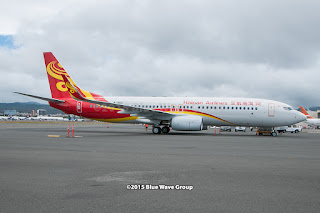 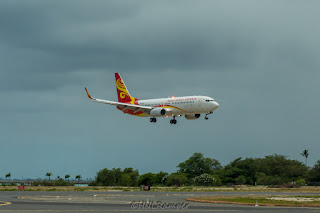 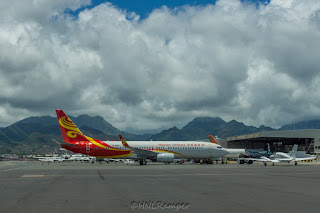 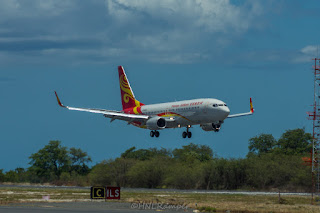 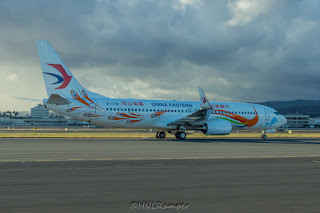 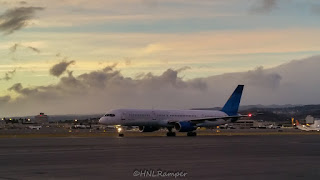 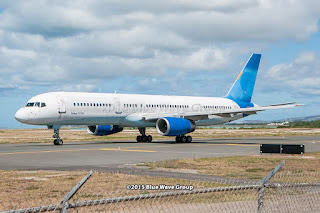 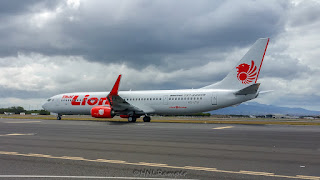 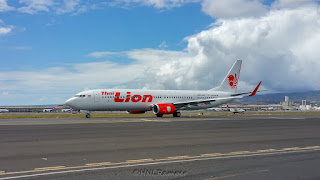 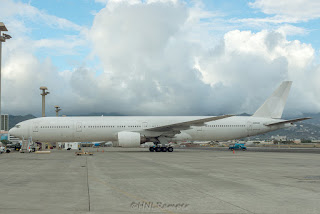 JA8941 was delivered to Japan Airlines in July 1998 wearing the Landor-designed livery, and named "Regulus". In 2004, it was painted in the "Arc of the Sun" livery, and was a logo jet for both Japanese National Olympic Team with "Gambare Nihon" for the 2004 Olympic Games in Athens; and for the TV series "Saiyuki" (December 2006 - April 2006). It also was a logo jet for the OneWorld Alliance (May 2007 - February 2008), that JAL is a partner of. The Japanese pop music (J-pop) duo called Kobukuro was represented on JA8941 in the second half of 2009. The ever-popular cartoon character Doraemon was also depicted on JA8941 from February - May 2010. In January 2012, JA8941 was painted in the current Tsuru livery. The last promotional logo decal that JA8941 wore, was for "HelloSmile", a campaign to raise awareness of cervical and uterine cancers, from January 2012 to February 2013.
Posted by Blue Wave 707 at 09:45 2 comments:

This 747SP was originally delivered to Pan American World Airways [PA/PAA] in May 1977 as N536PA "Clipper Lindbergh". When Pan Am sold their Trans-Pacific operations to United Airlines in February 1986, N536PA was transferred in the sale, and became N145UA. It wore both the Saul Bass livery, and the grey/blue livery. NASA acquired N145UA in October 1997, and added the SOFIA telescope. It was re-registered as N747NA in April 2005.
Posted by Blue Wave 707 at 07:08 No comments: 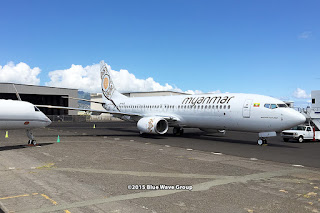 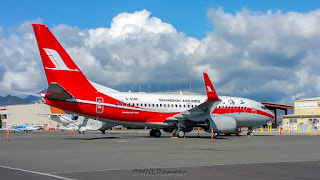 Shanghai Airlines is taking delivery of B-5298 (c/n 39743, l/n 5440) this morning. The 737-79P, originally ordered by parent company China Eastern Airlines, and allocated to Shanghai Airlines, is making its delivery flight from BFI as CSH298, and will overnight at HNL.
Posted by Blue Wave 707 at 07:41 No comments: 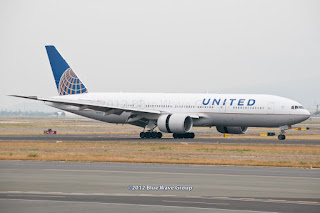 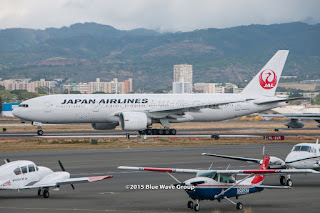 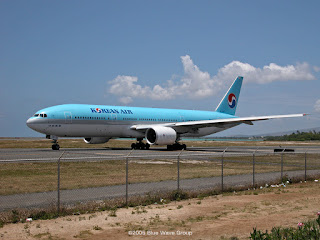 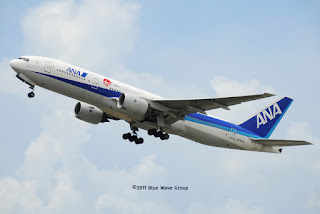 Currently, United Airlines and Japan Airlines offers daily 777-200 flights to/from HNL. Korean Air offered 777-200 and 777-300 service between ICN and HNL for a time in the mid-2000s, and occasionally brings them in. The same applies for All Nippon Airways, as they substitute 777-200s when traffic demands. 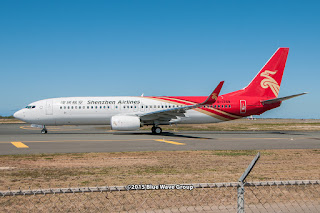 Ch-Aviation reports that Shenzhen Airlines has placed an order with Boeing for 46 737s. It was not specified which variants were ordered.
Posted by Blue Wave 707 at 12:31 No comments: 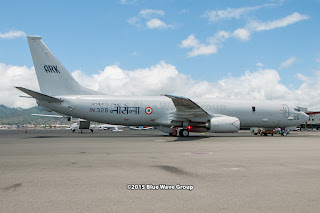 KHON reports that HNL will receive $16.5million for runway modification from a Congressional grant.
Posted by Blue Wave 707 at 15:03 No comments:

FedEx To Trim Their MD-11F Fleet 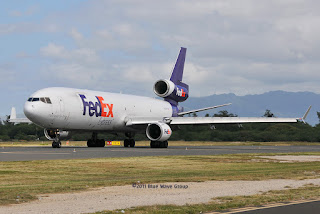 Federal Express announced today that they will be retiring several MD-11Fs, among other aircraft types, within the next two years. The MD-11F has been the mainstay of the FedEx service to HNL, interspersed with their MD-10s and 777Fs. When the fleet adjustment occurs, it will remain to be seen if other MD-11Fs will be moved to cover HNL service, or be replaced by another type. 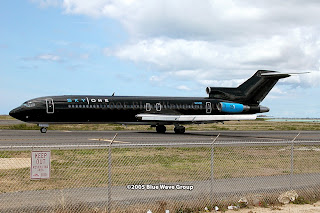