28861 was originally delivered to Air Europa in July 1997 as EC-GPI, leased from Boullion AS. From April 1998 to April 2001, it was sub-leased to Iberia. In July 2002, it was sold to Aviation Capital Group, and leased to Air One as EI-CXI. In July 2007, it was leased to Garuda Indonesia as PK-GZP until June 2012. Two months later, it was sold to VX Capital Partners, and converted to a freighter. Gading Sari Aviation Service was the first lessee for the freighter in March 2013 as 9M-GSB. When they shutdown in February 2015, it was transferred to Asia Cargo Express, and flew until September 2018, then stored at CGK six months later. It was painted in the Estafeta livery earlier this year, and will receive a Mexican registration upon delivery.
Posted by Blue Wave 707 at 13:27 No comments: 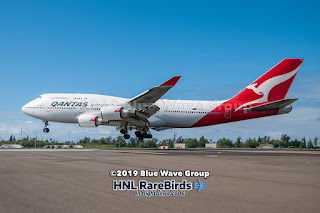 Accelerated by the COVID-19 global pandemic, Qantas Airways retired its remaining 747-438s. The airline had supplemental 747 flights for their SYD-HNL service for the spring schedule, but that came to a quick end. VH-OEI "Ceduna" (c/n 32913, l/n 1330) is seen above, seconds from touching down on Runway 8L. 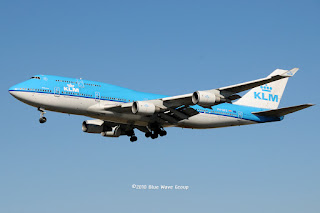 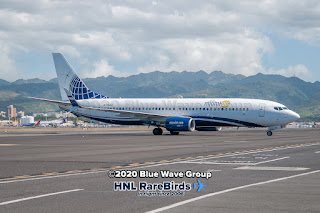 Other than the two Wamos Air flights to take cruise ship passengers back to Europe, here is a brief list of other airlines providing assistance:


We will update this list as flight information becomes available.
Posted by Blue Wave 707 at 19:15 No comments: 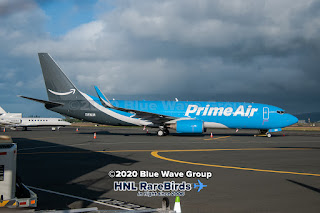 Amazon's Prime Air is taking delivery of N547RL (c/n 32348 l/n 933), a 737-83NF, leased from GECAS, and to be operated by Sun Country Airlines. It's making its delivery flight from PVG to PAE  (via PNH, SPN, and HNL), and made an overnight stop at HNL last night. Sun Country will be operating cargo flights for Amazon Prime Air within the continental US, and registered as N5261A.

32348 was originally delivered to American Trans Air in August 2001 as N306TZ, leased from GECAS, and flew with ATA until January 2005. GOL Transportes Aéreos was the next lessee, who received this 737 in April 2005 as PR-GIB. Four years later, it was subleased to Transavia as PH-HSS, for a six month period, after which the aircraft was returned to GECAS. In June 2010, it was leased to Sky Airlines as TC-SKS "Dalaman". In July 2013, it was leased to Pegasus, as TC-IZD "Buglem Sera", and flew until June 2019. A month later, it was ferried to PVG for storage, where it underwent freighter conversion.
Posted by Blue Wave 707 at 06:17 1 comment: 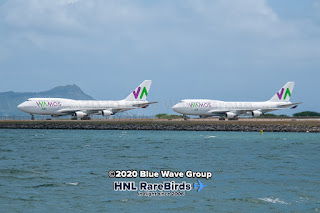 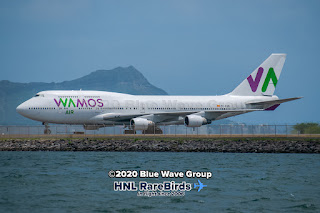 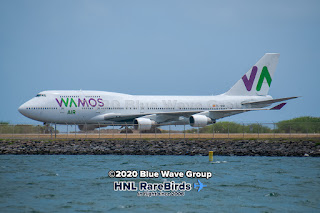 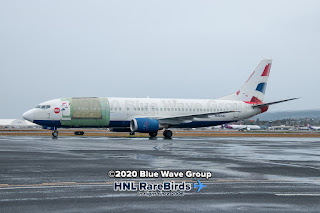 G-KELT (msn 8403), an A320-251N ACJ, owned by Acropolis Aviation [United Kingdom], is making a brief fuel stop at HNL this evening from FAB [Farnborough Airfield, Farnborough, UK], via BFI as CRV1. It will continue onto AKL later in the evening.
Posted by Blue Wave 707 at 22:41 No comments: 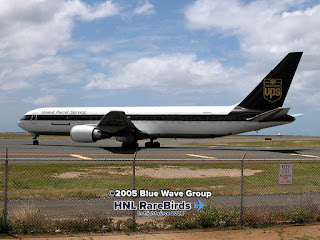