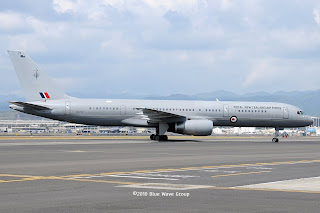 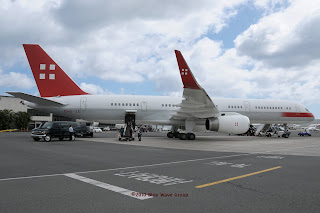 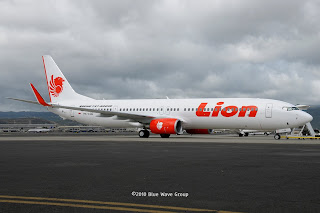 Lion Air's latest 737-9GPER, PK-LGU (c/n 35737), is making its island-hopping delivery flight from BFI to CGK today, with a tech-stop at HNL as LNI1. It's seen above awaiting clearance to push back from its south ramp hardstand. The window shade covering the first officer's cockpit windows can be seen in large view.
Posted by Blue Wave 707 at 16:13 No comments: 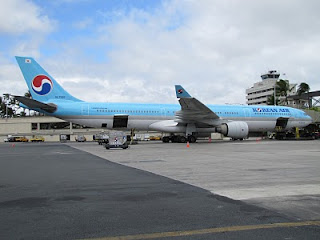 Korean becomes the third airline using the A330 at HNL. Delta and JetStar are the others.

The 747 was originally delivered to Alia - Royal Jordanian Airlines as JY-AFS in 1981. In the late 80s, it then went to British Caledonian Airlines (BR/BCA) as G-CITB. After BCA was acquired by British Airways, it was repainted into the "Landor" livery. In the 90s, 22579 then was acquired by All Nippon Airways as JA8192. In the late 90s, JA8192 was converted to a freighter, and transferred to ANA's cargo subsidiary, Nippon Cargo Airlines (KZ/NCA). The 747-2D3BF was then acquired by Jett8 Airlines Cargo (JX/JEC) of Singapore in 2007, and registered 9V-JEA. Most recently, it was seen at VCV in storage. 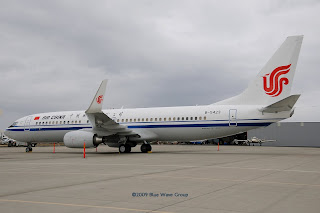 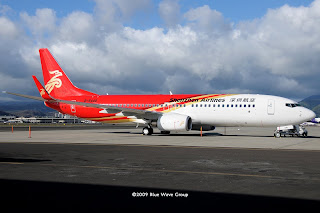 Air China has purchased Shenzhen Airlines for $100million, and will assume 51% control of the latter carrier. Shenzhen currently operates 57 737NGs and 34 A320 series jets. For now, Shenzhen will continue its operation. 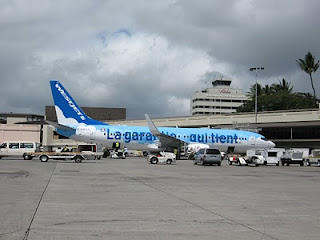 This past Friday (March 19), WestJet's Care-antee special livery 737-8CT (C-GWSZ) visited HNL. Here it is parked at Gate 23 loading up for its flight back to YVR. The left side says "Care-antee." The right side seen here is in French. This aircraft also has been to OGG, as posted here back on February 20. 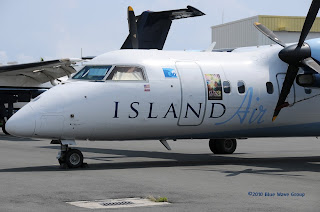 Island Air has applied a 30th Anniversary decal to its Dash8-103 fleet on the left side of the main entry door.

On the right side of the door, Island Air is also promoting Cirque Polynesia at the Hyatt Maui.
Posted by Blue Wave 707 at 20:57 No comments: 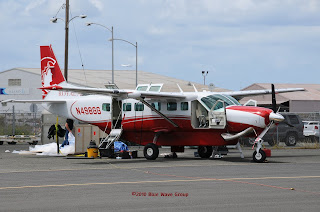 This brand new Cessna C208B Caravan, N498GG (msn 208B2118), is the newest Caravan on the HNL ramp. It has the markings of Royal Air, but nothing is known of this carrier.

According to those assisting in the maintenance, I was told that its owner owns a chain of hotels around Hawai‘i, and plans to use the Caravan as an exclusive charter.

N498GG is seen above being stripped of the ferry tanks, and having the interior installed after arriving from PWA. 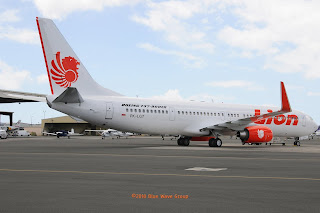 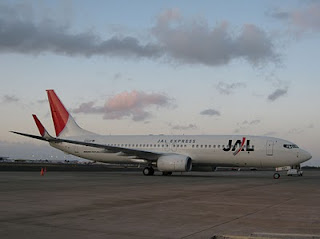 A big mahalo to Airliners Gallery World Airline News for the article links to the YEG-OGG flight and the YYC-HNL and OGG service announcements.

WestJet began service to Hawai‘i from Vancouver, BC (YVR), and recently added Victoria, BC (YYJ).
Posted by Blue Wave 707 at 09:17 No comments:

Allegiant Looks At 757s For Hawai‘i

It appears that Allegiant Airlines is getting closer to serving Hawai‘i. It has narrowed it's ETOPS aircraft to the Boeing 757. According Hawaii News Now's Howard Dicus's blog, Allegiant is pledging to spend over US$70 million to obtain six 757s.

There should be several 757-200s in storage at VCV available for Allegiant's proposed service.

NYC Aviation has more coverage on this breaking story.

Local coverage by the Honolulu Advertiser and Star*Bulletin.
Posted by Blue Wave 707 at 18:41 No comments: 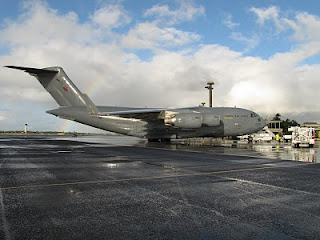 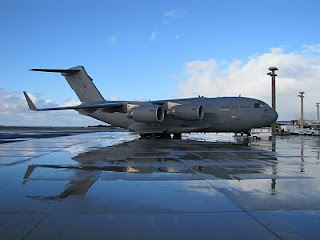 Seen at the hardstands, this Royal Air Force bird is a far away from home. ZZ176 (c/n F-190/UK-6) arrived around 6 or 7 in the morning with holds full of cargo. Point of origin and destination unknown. It's from 99 Squadron, based at RAFB Brize Norton.
Posted by Aeros at 18:18 3 comments: 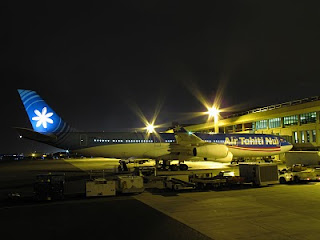 During last's week Tsunami warning this Air Tahiti Nui flight THT77 (A340-313X, F-OLOV, msn 668) diverted to Honolulu from Narita due to a possibility of the Tsunami hitting Papeete. It remained overnight and departed early Sunday morning.
Posted by Aeros at 18:04 2 comments:

It's parked on the Bradley Pacific Aviation ramp, during its stay at HNL. Sorry, no HNL photo ...

Delta Airlines is purchasing the former China Eastern MD-90s, as they are looking to bolster their MD-90 fleet, as reported by the Atlanta Journal Constitution.
Posted by Blue Wave 707 at 11:28 1 comment: