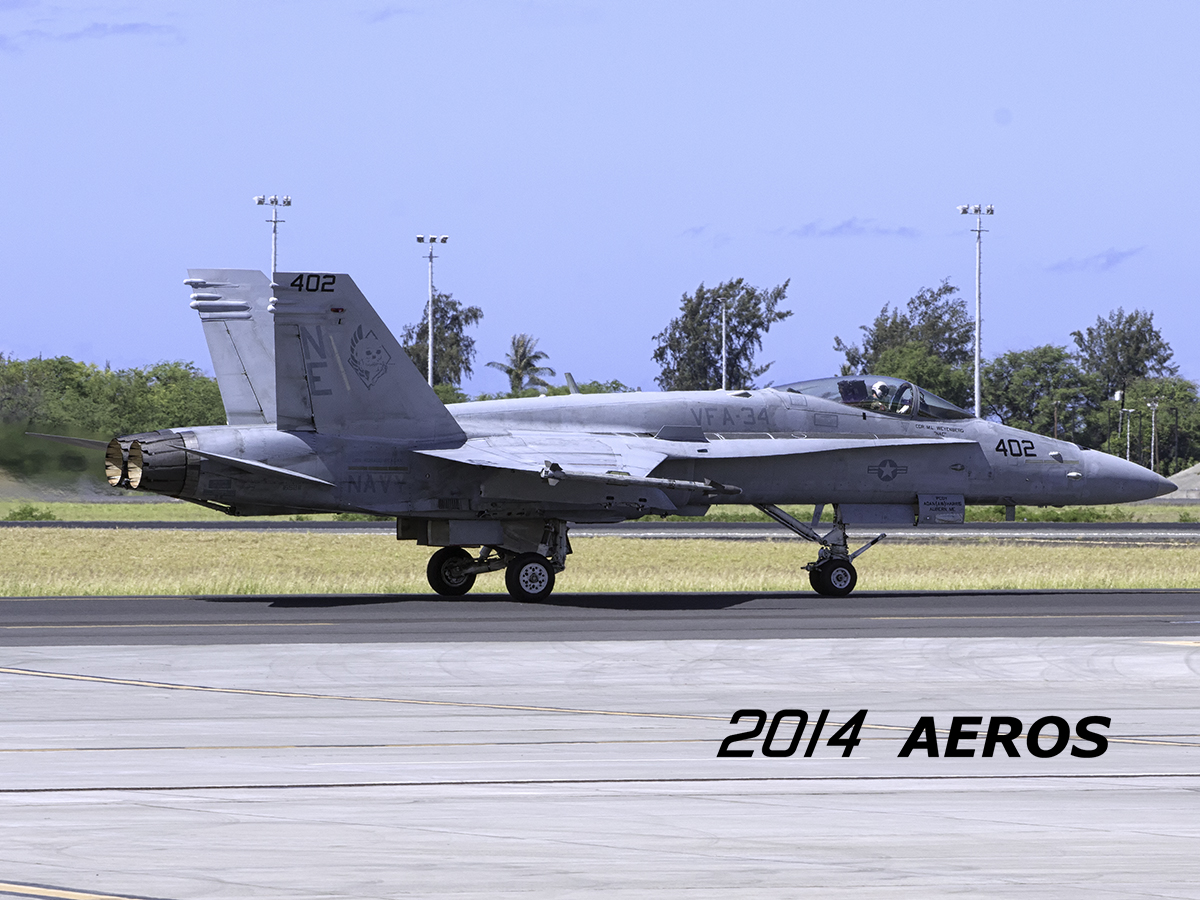 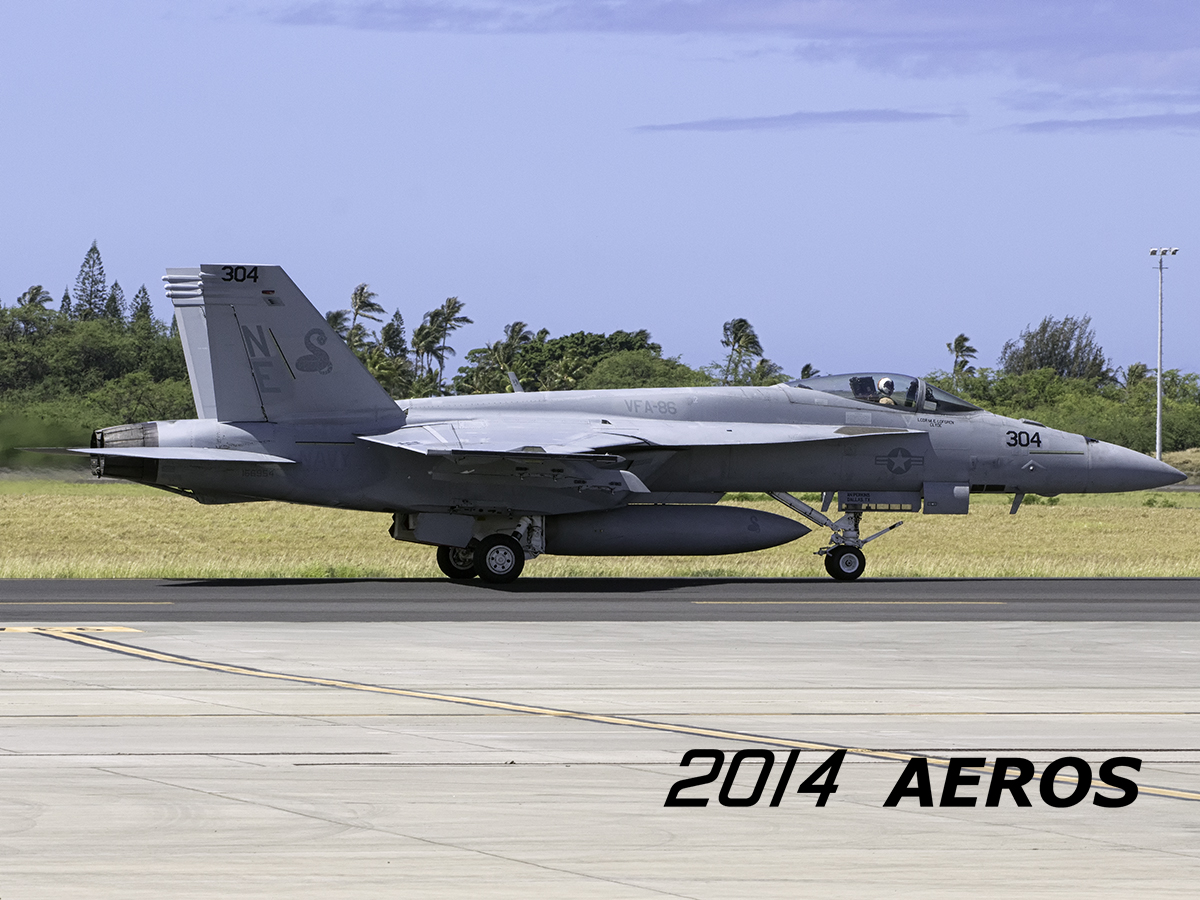 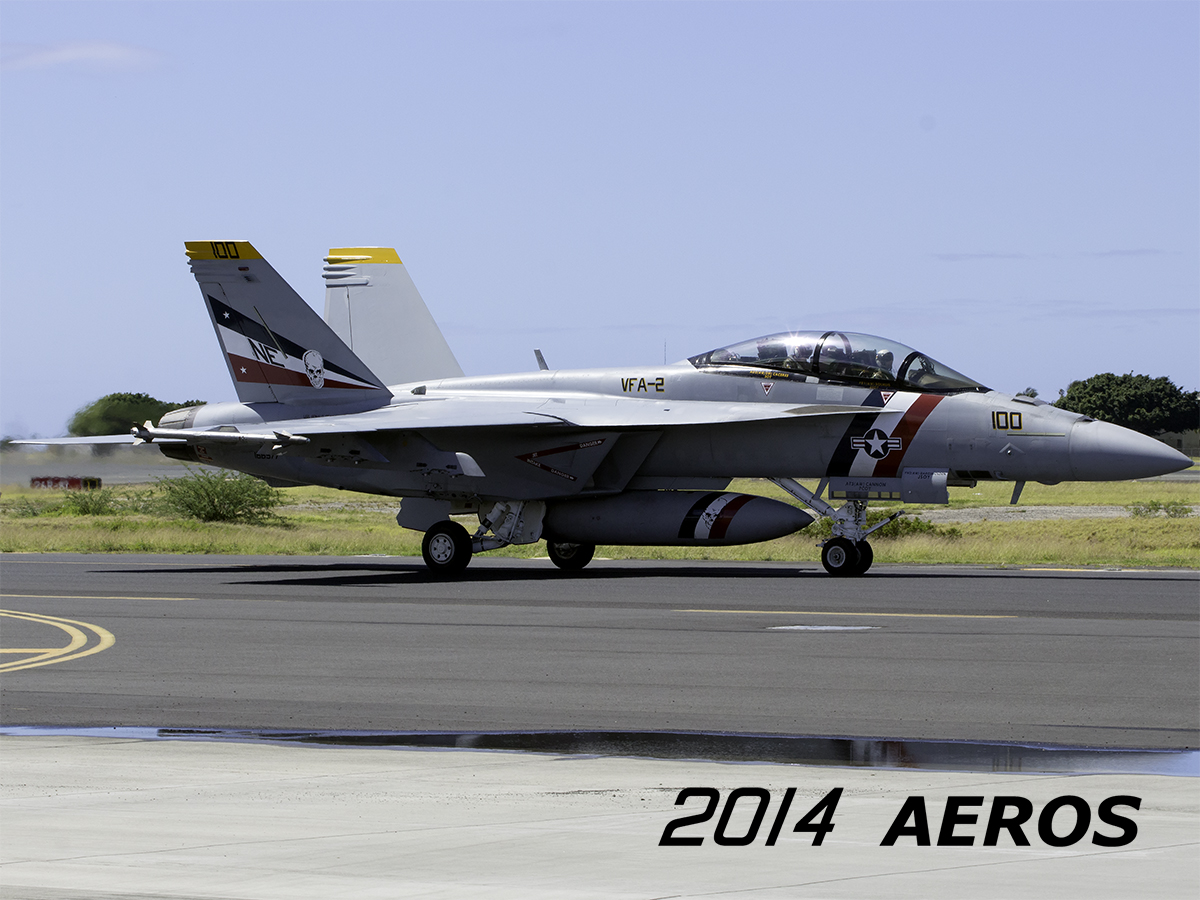 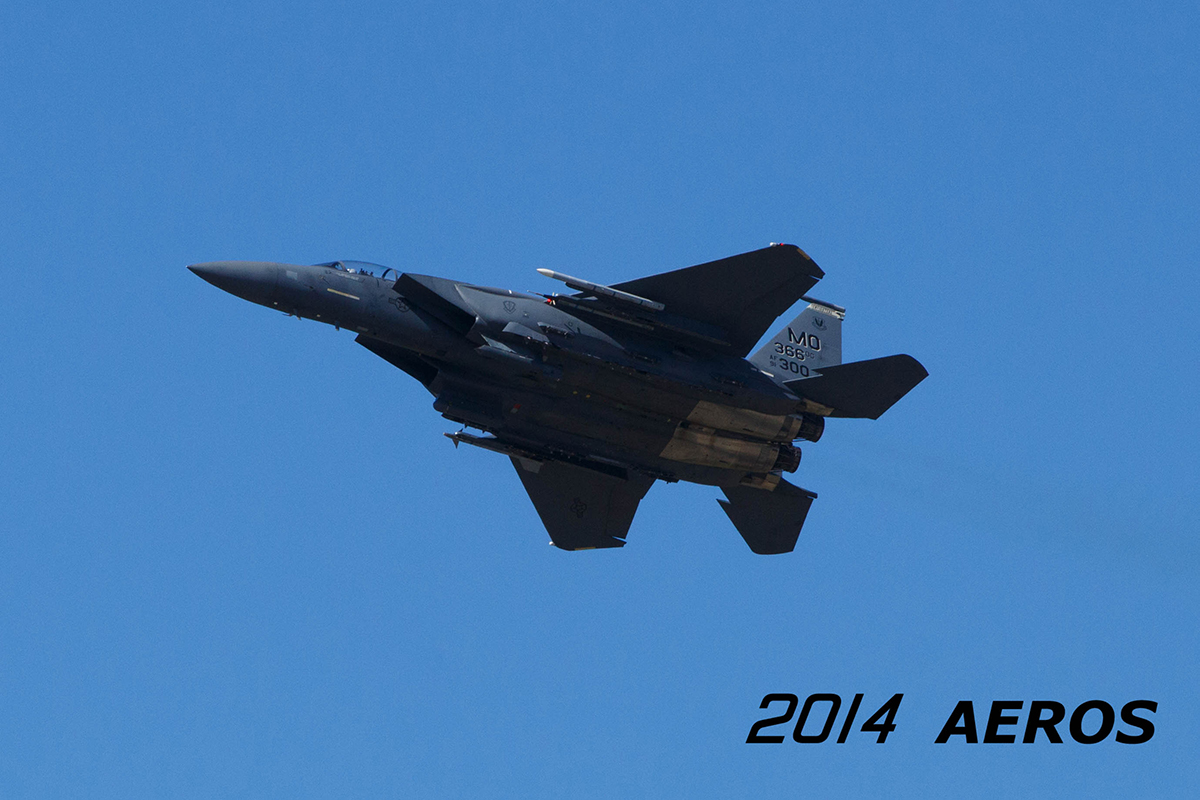 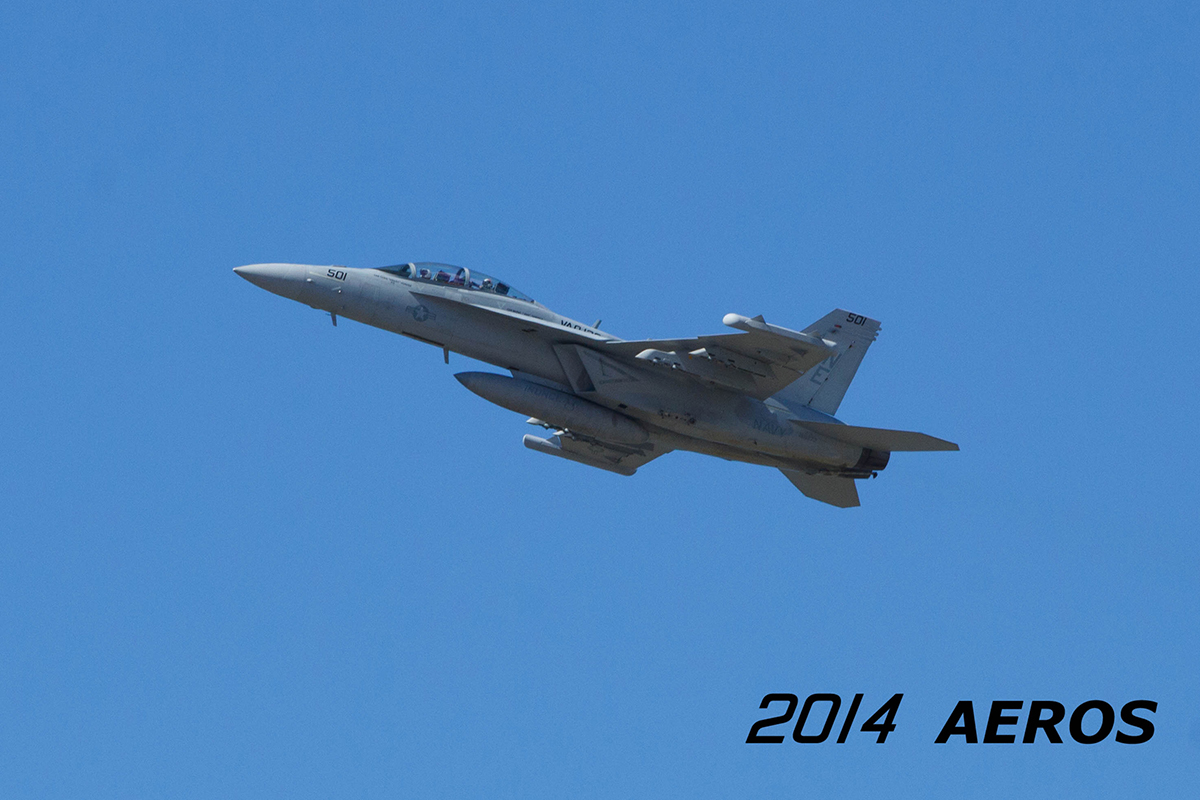 RIMPAC 2014 has officially started! This is the 24th running of the biennial here in Hawai‘i. The exercise that began on the 26th of this month and will run until August 1. The U.S. Pacific Fleet Command will host 22 Nations, 55 naval vessels, and 200+ aircraft here in Hawai‘i for the largest maritime exercise in the world. (For a list of participants, click here).
Posted by Aeros at 19:16 No comments: 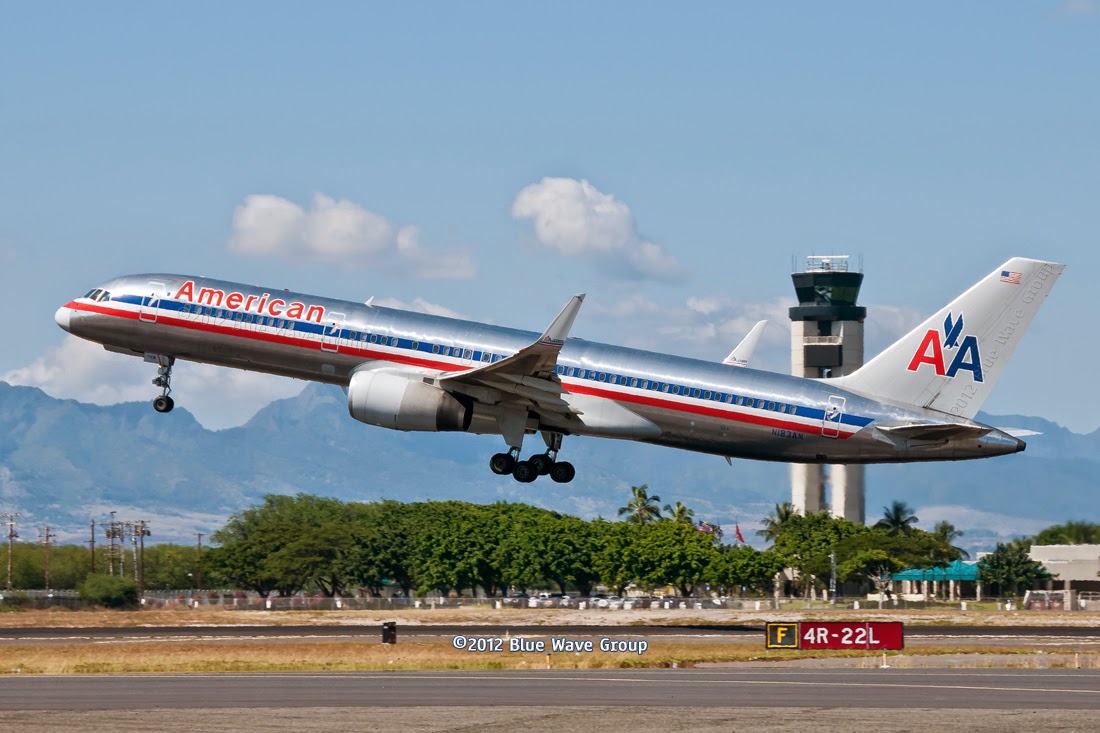 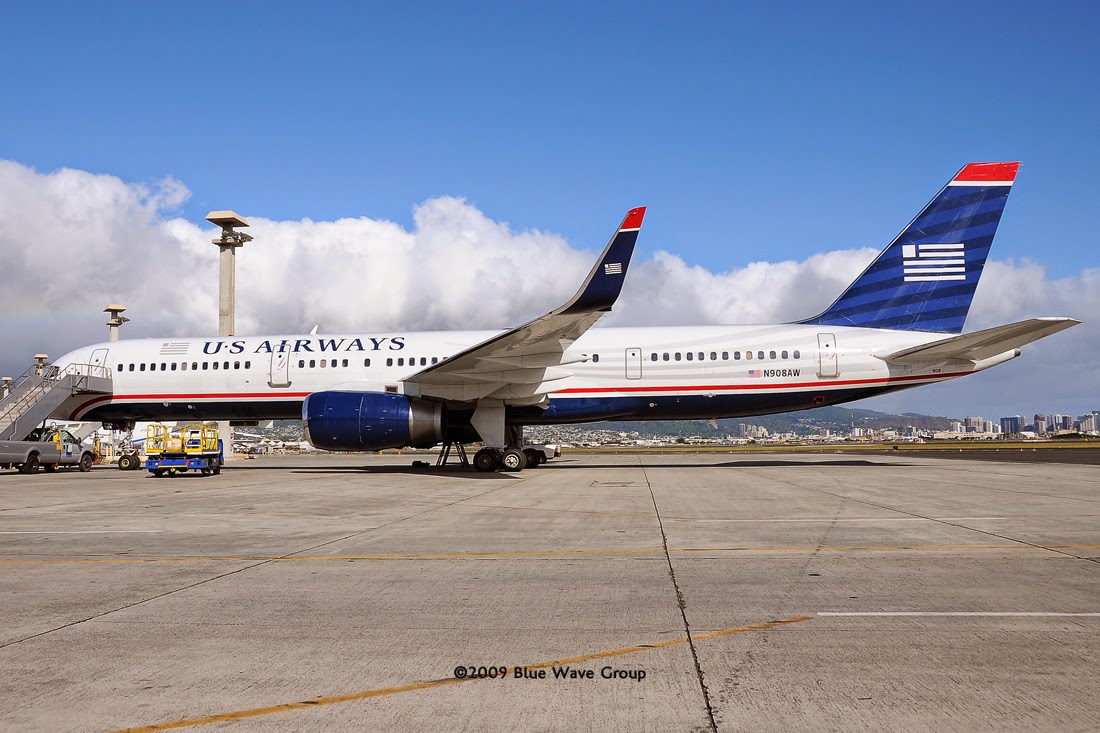 American Airlines announced that they will paint 757-200s from both the American and US Airways fleets into the new American livery. It had been previously reported that the 757-200s, like American's MD-80s, would be phased out. But the carrier changed their mind, as it appears the 757-200s will remain in the fleet longer than intentioned. The US Airways 757-200s will be the first ones to be re-painted.


Editorial Note
It's not certain if the US Airways A320 legacy liveries will disappear. The American retro liveries on the 737-823 and 757-223, will probably be the last to be repainted. Considering the amount of airlines that has formed American Airlines, it would be nice to see full retro liveries, with an "Operated by American Airlines" decal by the L1 and R1 doors.

US Airways was formed out of mergers with America West Airlines, Pacific Southwest Airlines (PSA), Piedmont Airlines, and Allegheny Airlines. It would be great to see those liveries live on, even the older PSA and AWE liveries, as well as the multi-red US Air livery on the A320 fleet. 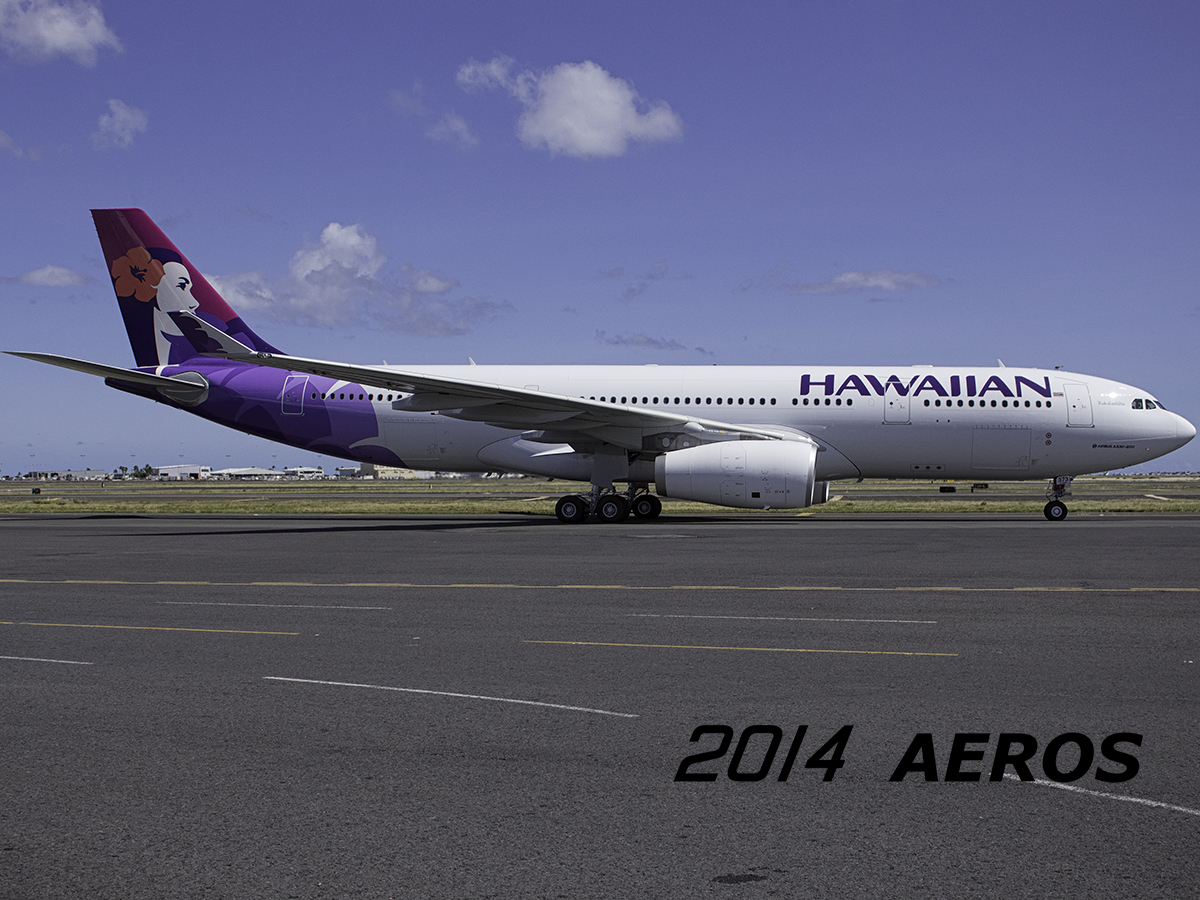 On a side-note, the registration N371HA belongs to a privately owned Bombardier Challenger 300. Searches for N372HA shows it once belonged to a Shorts 330 that flew with Hawaiian back in 1979.
Posted by Aeros at 19:37 No comments: 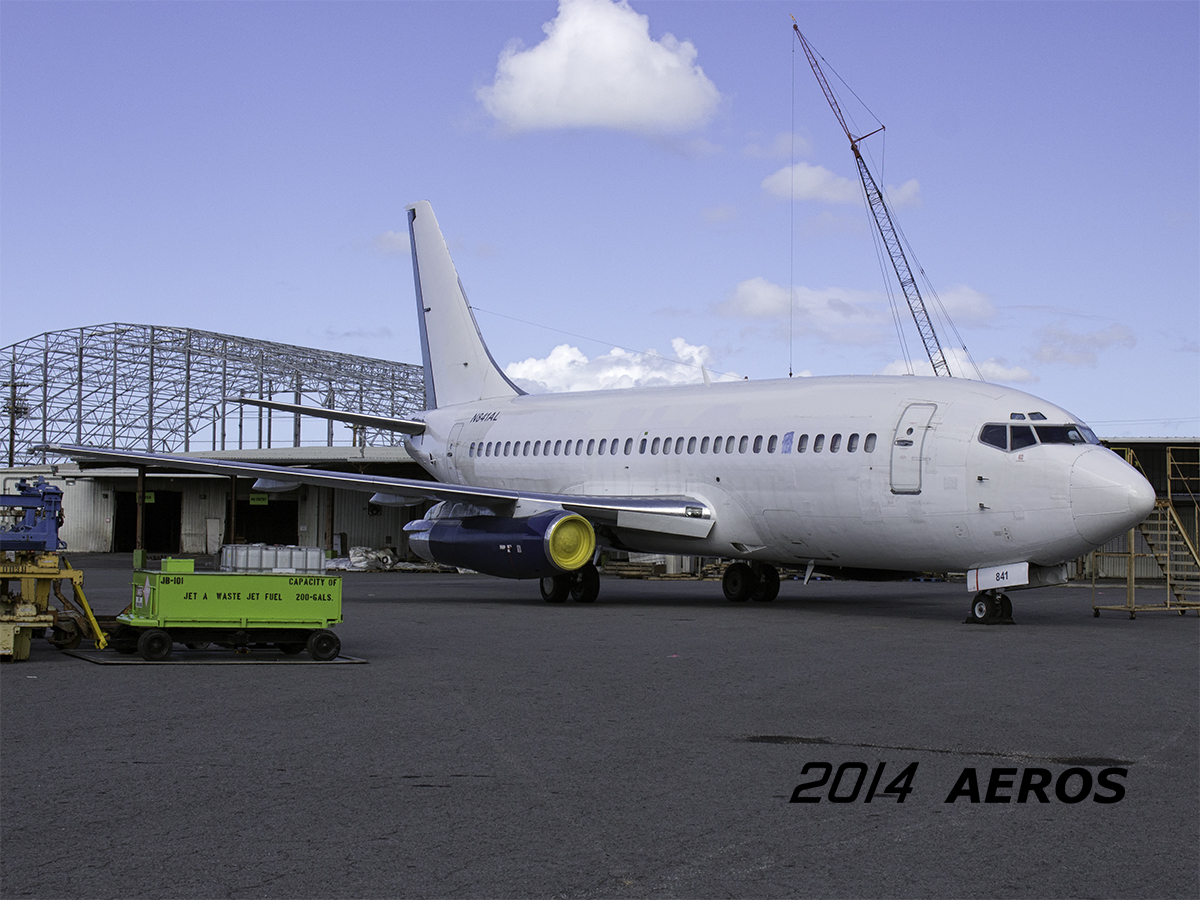 This 737-2X6C was delivered new to MarkAir in August, 1984 as N672MA. It then went to code-share turned competitor, Alaska Airlines in April 1994 as N746AS. Flying with Alaska Airlines for 14 years, it was sold to BCI Leasing in January, 2007. In May of the same year, it was leased to Aloha Airlines, and had its registration changed to N841AL a few months later (below). After the shut down of Aloha Airlines in March 2008, it was one of the few combis' to remain in Hawai‘i to fly with Aloha Air Cargo (bottom). 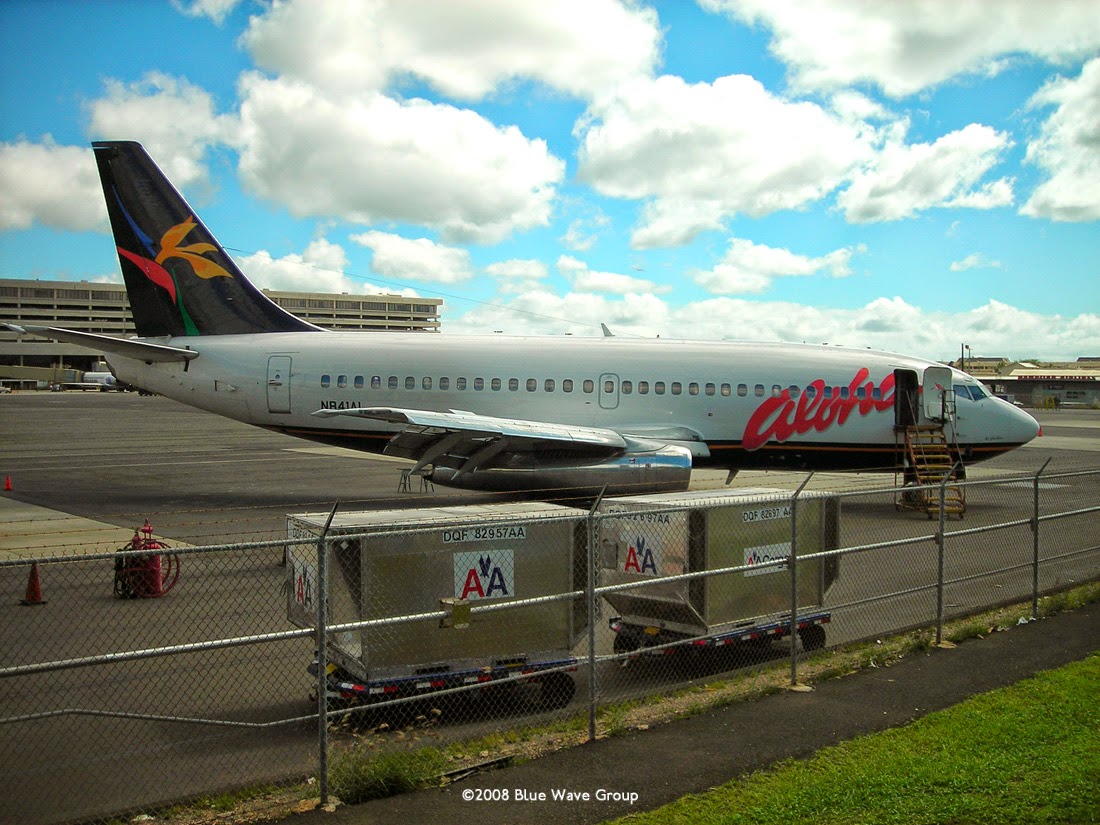 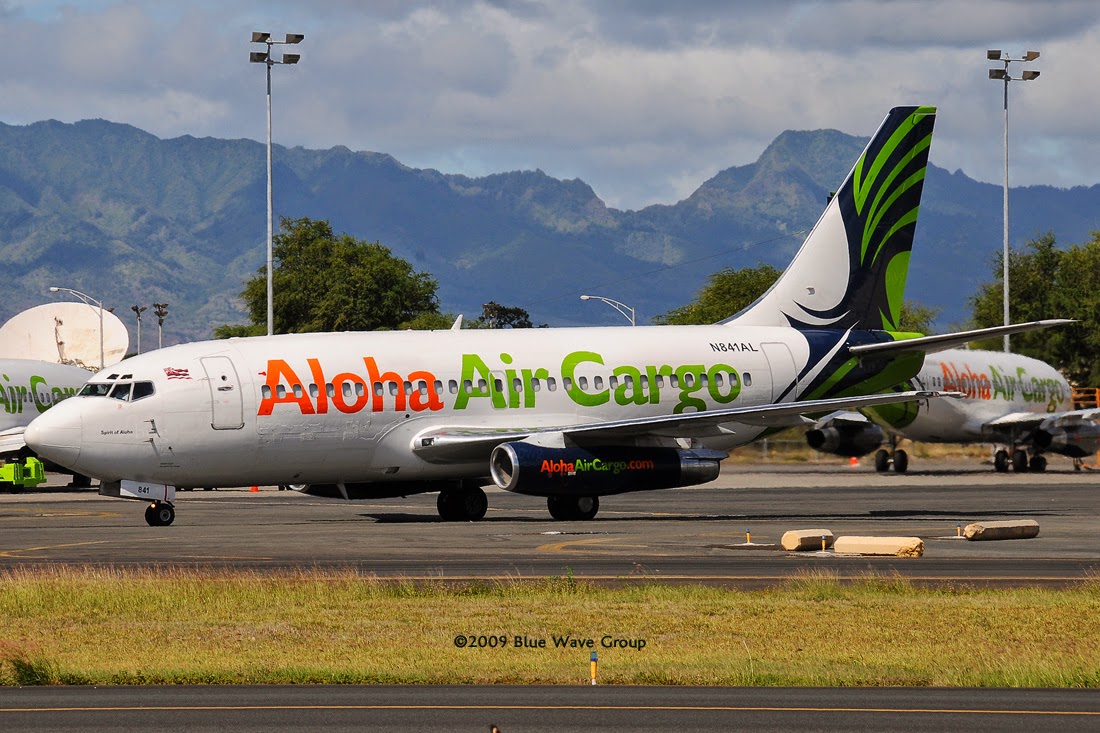 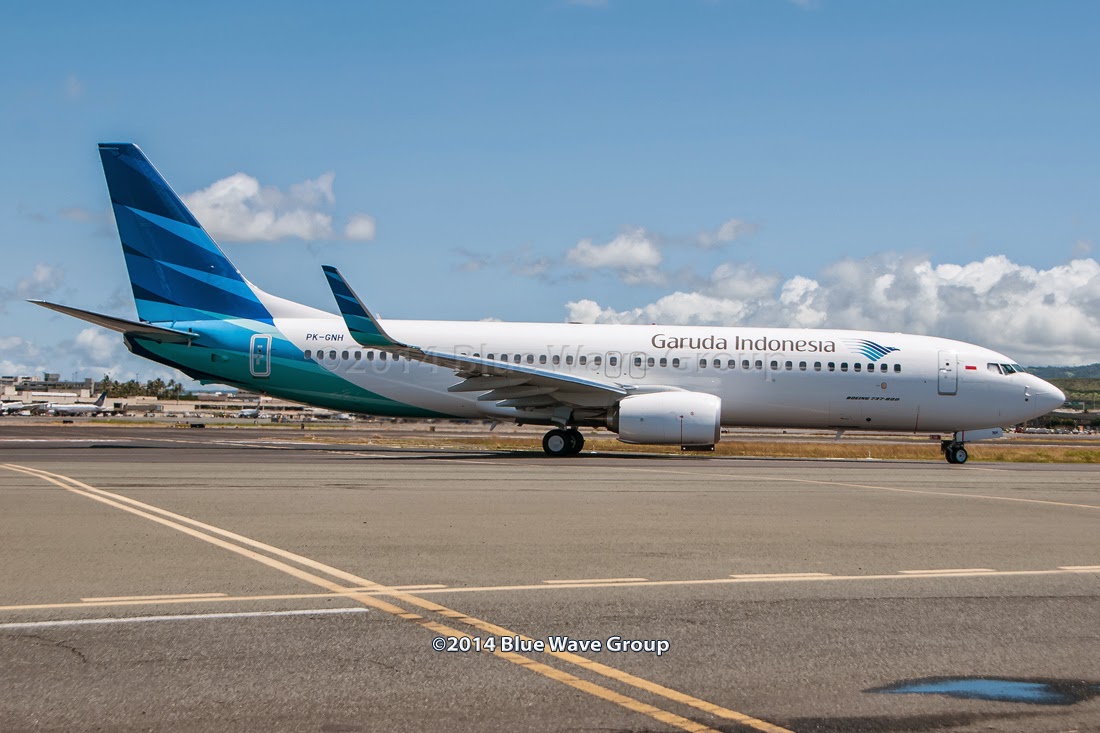 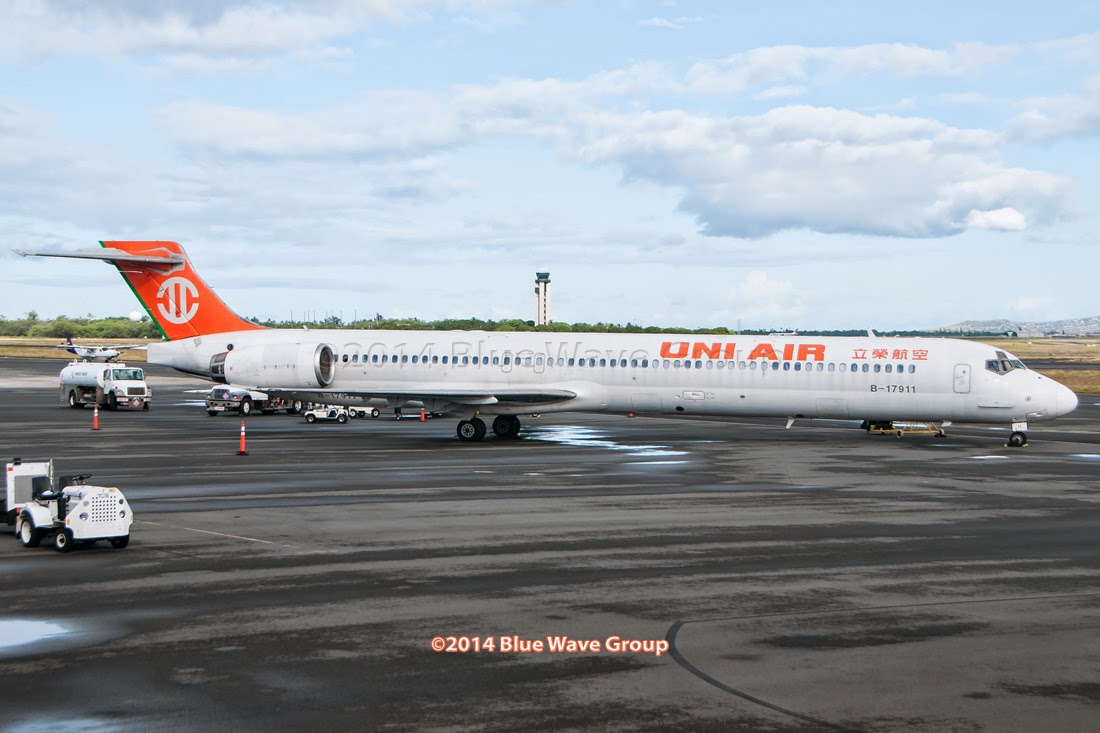 UNI Airways [B7/UIA], EVA Airways' regional subsidiary, is ferrying one of their five MD-90-30s to the mainland. B-17911 (c/n 53535, l/n 2158) is ferrying from TPE (via GUM, MAJ, HNL, and LAX) to BYH [Arkansas International Airport, Blytheville, AR] as EVA90. Unfortunately, this will be the last flights this MD-90 will make, as it was purchased by Delta Air Lines, but will be used for parts. 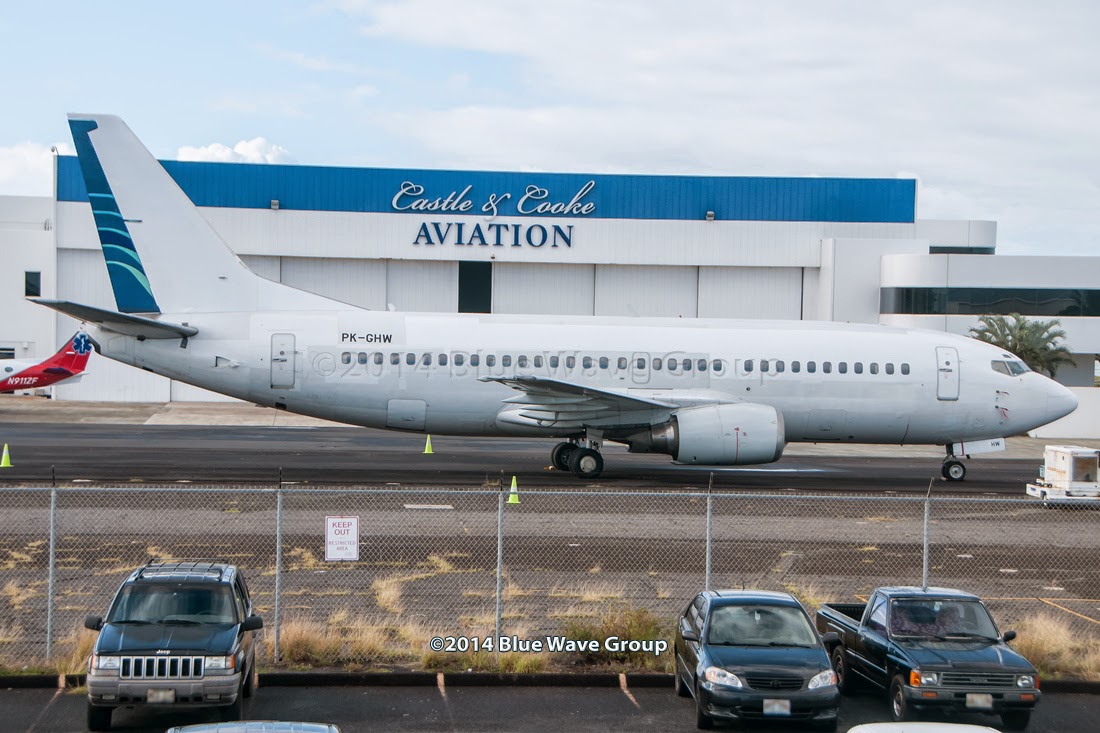 25039 was originally delivered to Trans European Airlines (Belgium) [HE/TEA] as OO-LTJ in March 1991, until the airline ceased operations eight months later. During that time is was leased to TEA Switzerland from May to October. In March 1992, OO-LTJ became part of EuroBelgian Airlines [BQ/EBA], and was assigned to Air Provence Charters [LPU]. In November 1996, it was leased to Frontier Airlines [F9/FFT] as N303FL, Wells Fargo Bank Northwest. In December 2004, it was leased to Sundowner LLC, where it was used as a prisoner transport for the US Marshall's Service. In July 2008, it was leased to Garuda Indonesia as PK-GHW.
Posted by Blue Wave 707 at 11:06 No comments: 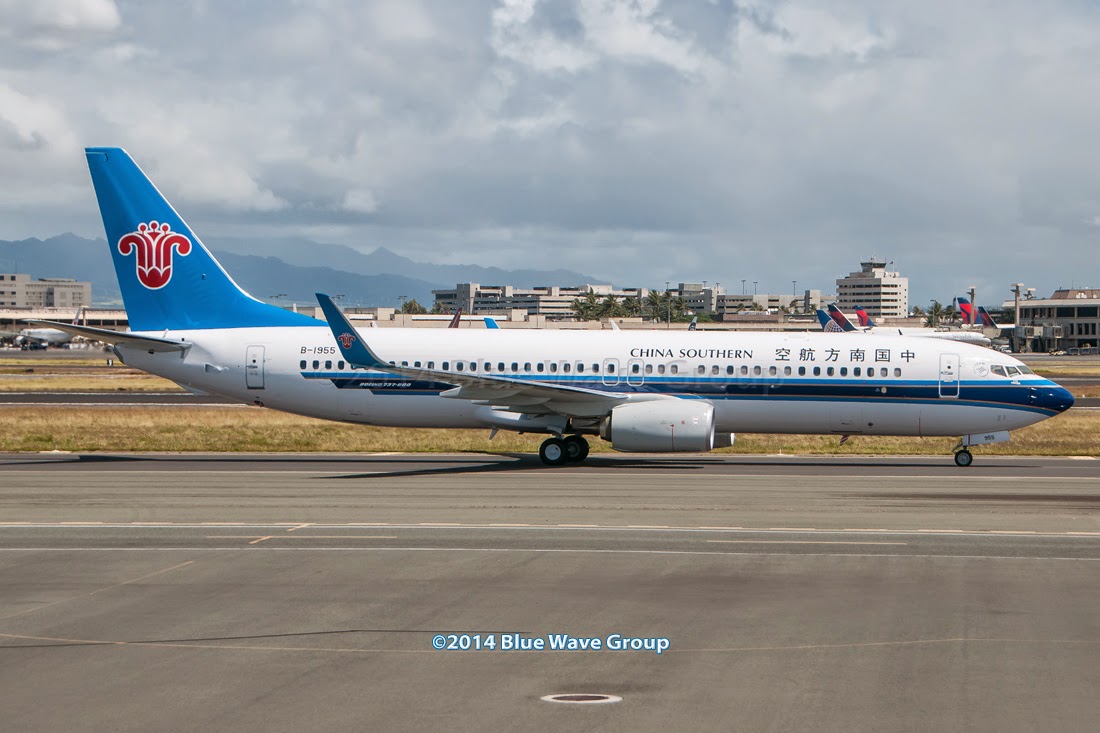 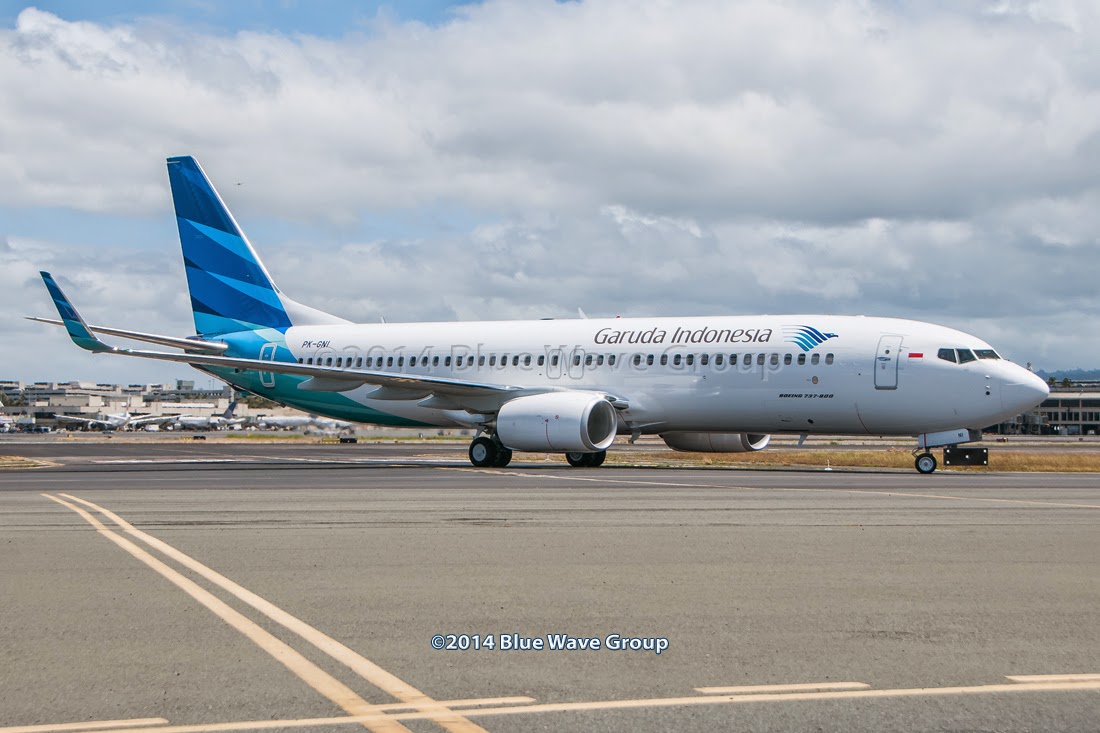 Further details on the history of JA8981 from Zipangu Flyer.

Some photos from Japan Airlines' Facebook post. However, the text is in Japanese.
Posted by Blue Wave 707 at 09:22 No comments: 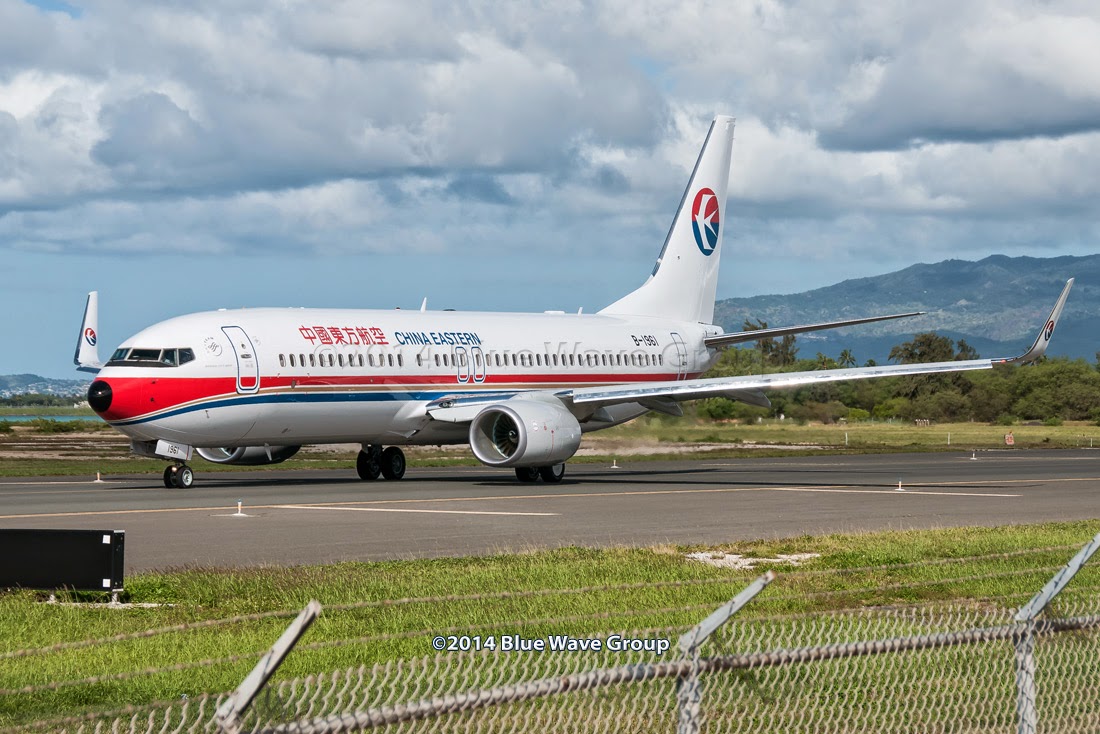 China Eastern Airlines announced today, that they are ordering and purchasing 80 737s. The combined total is comprised of both the current 737NG and the new 737MAX models, though no specifics were given as to which variant and its quantity. This order will keep CES 737 deliveries stopping through HNL til at lease 2020.

Further details in this Flightglobal article.
Posted by Blue Wave 707 at 09:00 No comments: 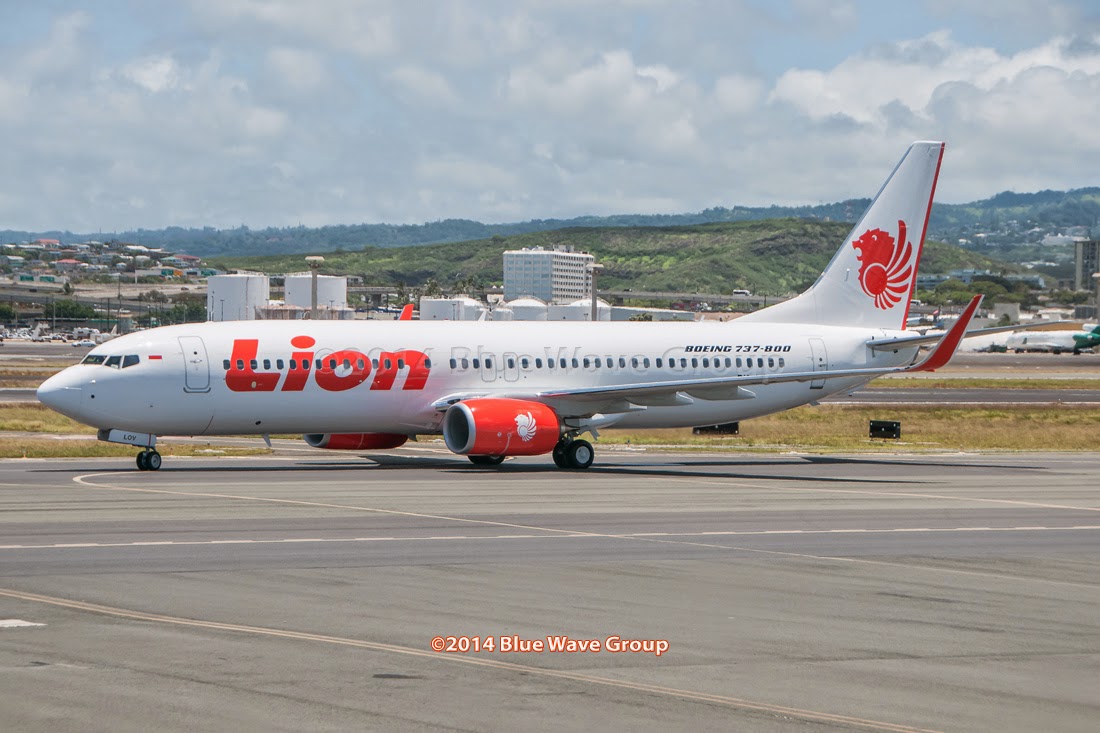 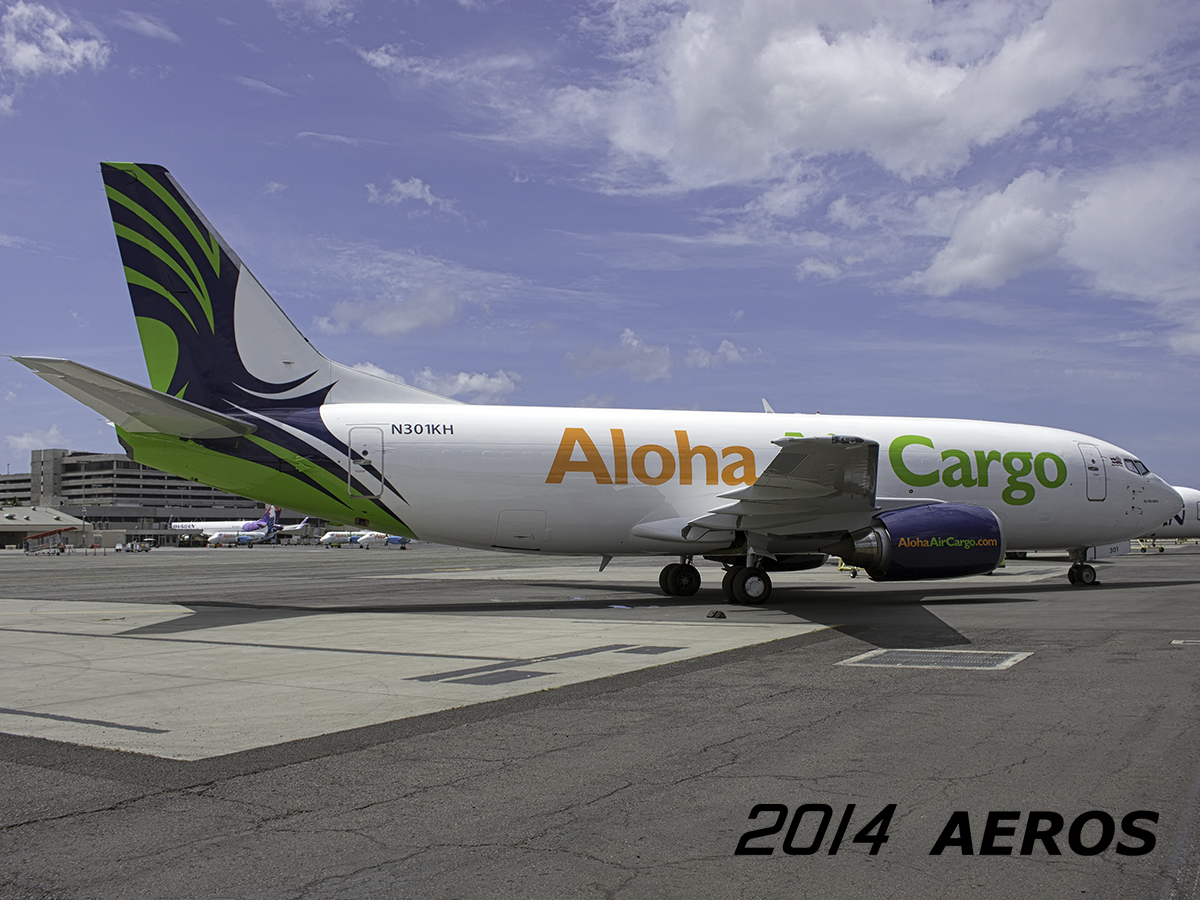 Aloha Air Cargo's newest addition arrived yesterday afternoon (6.12.14) as AHH321 from Oakland International. This 737-330F (c/n 27904, l/n 2691) was originally delivered to Lufthansa in February 1995 as D-ABEU. There, it flew with Lufthansa until it was retired and placed into storage in May 2013. In October of the same year, it was bought by leasing and sales company; Automatic LLC and re-registered as N904JW. In January of this year, it was sent to Miami for freighter conversion. A month later the newly converted frame was acquired by Aloha Air Cargo and had its registration changed to N301KH.

This is not the first time in Aloha's history to be operating "classic" CMF56 powered 737s. Between 1988-1997, they operated a fleet of 737-300s and 737-400s. The short cycles, and quick turn times, of flying passengers between islands proved to be too strenuous for the engines.

A few months ago, Aloha Air Cargo's sister company Northern Air Cargo sent in N361NC, a 737-301SF to help out when AAH was retiring one of their 737-200s. Today, N841AL had its titles painted over, and will probably be heading to the mainland soon.
Posted by Aeros at 18:49 No comments: 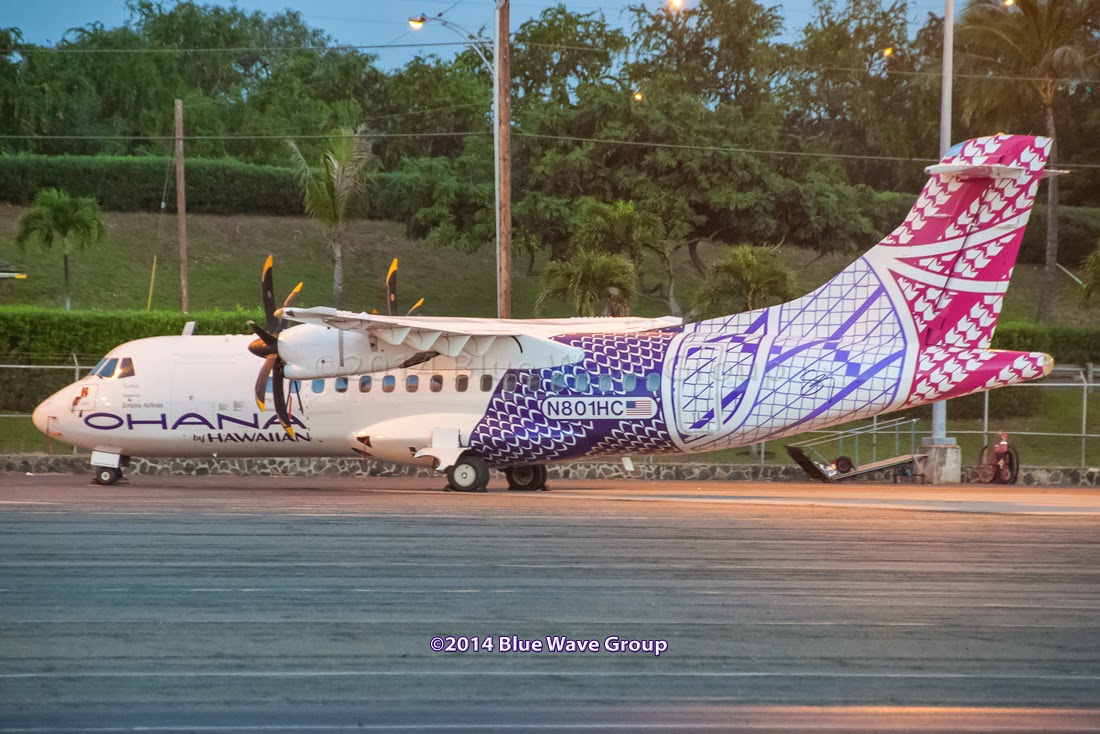 ‘Ohana by Hawaiian announced today that they will begin daily ATR42 service from OGG to MKK, KOA, and ITO, that will launch this July.

Further details in this Hawaiian Airlines press release.
Posted by Blue Wave 707 at 13:25 No comments: 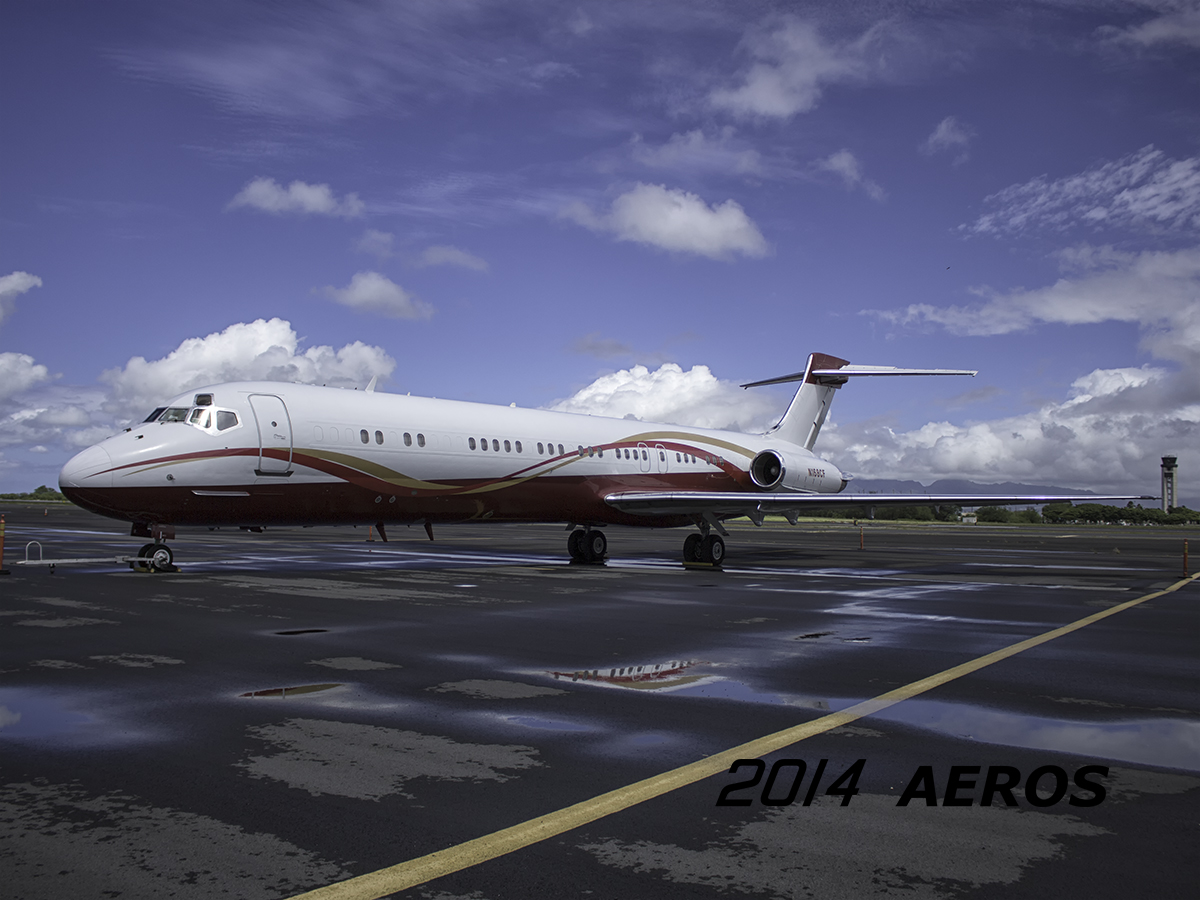 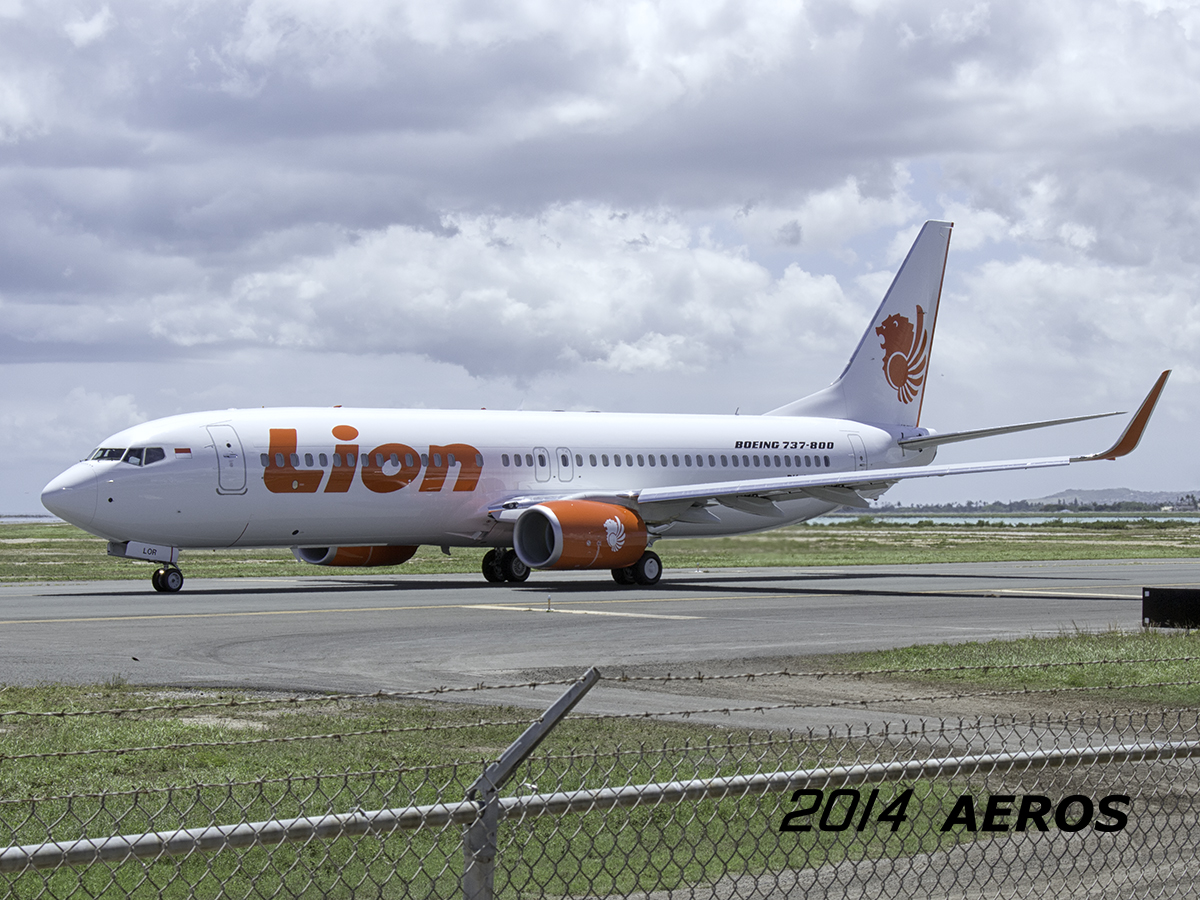 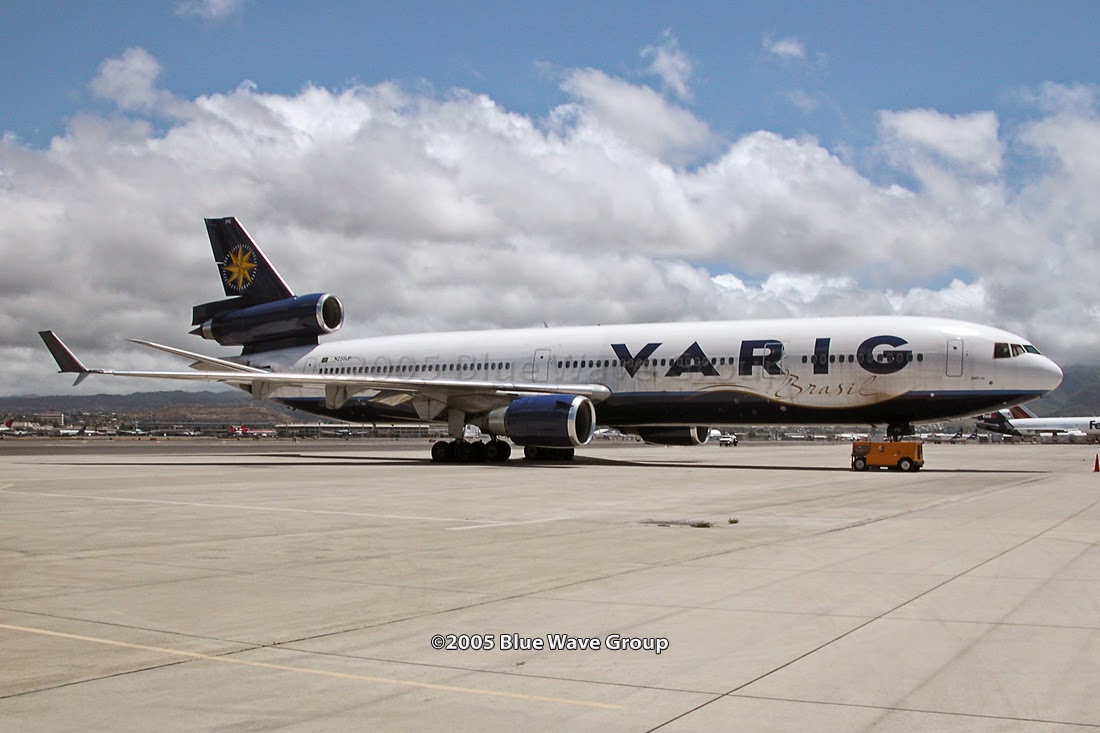 Bloomberg reports that despite massive Airbus A350-800XWB order cancellations by other carriers, Hawaiian Airlines said they will stick with their purchase order for six A350-800XWBs, due for delivery in 2017.

At its peak in 2009, there were over 180 firm orders for the A350-800. Currently, there are only 34 firm orders for the smallest A350 variant. Most of the carriers have opted to convert their orders to the A350-900XWB, as Airbus has been persuading airlines to move to the larger variant.
Posted by Blue Wave 707 at 08:54 No comments: