It's scheduled to make a fuel stop this evening, and continue to IGM.  N522PT is owned by Sunrise Asset Management of Las Vegas, NV.
Posted by Blue Wave 707 at 15:13 No comments: 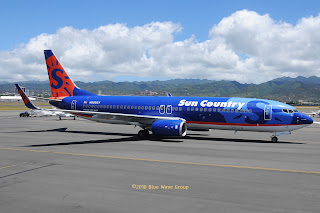 Sun Country Airlines' N809SY (c/n 30683) made another appearance at HNL today as SCX8700.  The 737-8Q8 was a federal prisoner transfer that brought inmates to the Honolulu Federal Detention Center.  The flight originated at DFW, then went to IWA and VCV. 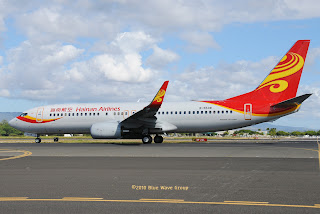 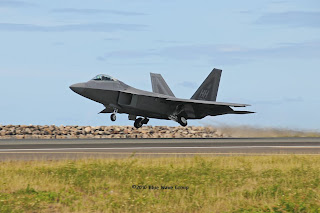 HNL RareBirds was privileged to watch the Raptor (seen above, piloted by Lt. Col. Kristoff "Jag" Sills, Steek11) and two Eagles (Mytai12) depart Runway 8R, up close from Taxiway RM, a mere 50 yards away from the centerline. Not only did we hear the roar of the engines as the fighters passed us by, but we felt it as well, as they all took off with full afterburners. 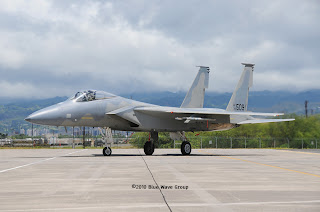 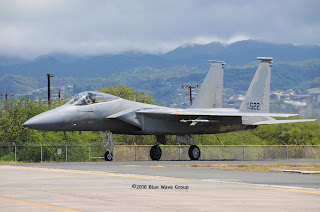 After performing their last F-15 left overhead break, the pair of F-15s landed on Runway 8L, and taxied back to the 199th's ramp. The two Eagles (seen above) return to their clamshells after their final HANG training sortie. The top photo shows F-15C 78-0509, piloted by Lt. Col. Jeffrey "Saw" Sage, and the above photo shows F-15C 78-0522, piloted by Lt. Col. Mark "Odie" Ladtkow, taxiing in. Also, both the "HH" tail code, and the "Hawai‘i" tail flash have been painted over. These two Eagles are destined for Nellis AFB, NV. 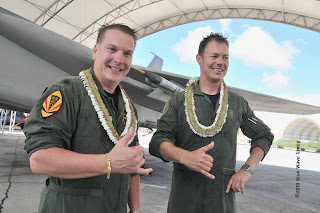 Upon deplaning, both "Eagle Drivers" were hosed by junior pilots, as a sign of the end of the F-15 era with the HANG. After being hosed, "Odie" and "Saw" posed for photos and interviews by the press, and social media. "Saw's" wife provided the lei for the pilots. They will go on to complete F-22 training with the retirement of the F-15s.

HNL RareBirds extends a warm mahalo to Pacific Air Forces, the Hawai‘i Air National Guard, the 154th Wing, and the 199th Fighter Sqaudron for your service to our country and state, plus allowing us to attend today's event.
Posted by Blue Wave 707 at 22:32 No comments: 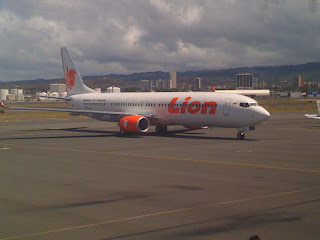 PK-LHI taxing to the Castle & Cooke hardstand after arriving in HNL.
Posted by lono68 at 13:21 No comments: 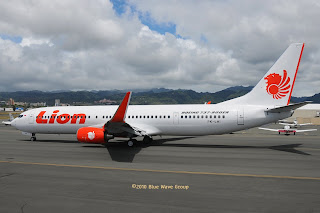 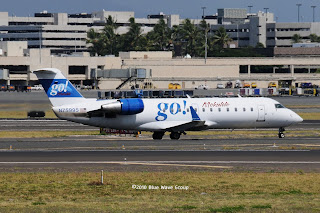 7361 was originally delivered in 1999 to Kendell Airlines (Australia) as VH-KJJ. Kendell was a partner of Ansett Airlines. After Ansett folded in 2003, the CRJ200 was acquired by Wells Fargo Bank, leased to Mesa Airlines, and became N75995. It first served with US Airways Express then United Express.
Posted by Blue Wave 707 at 12:35 No comments: 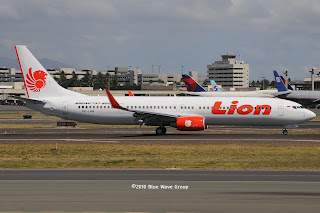 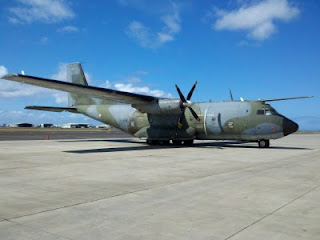 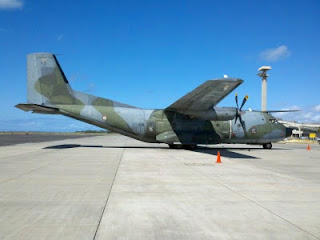 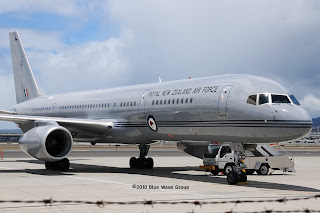 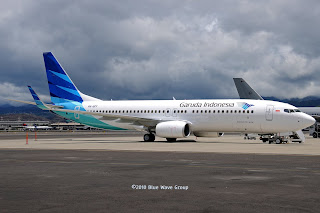 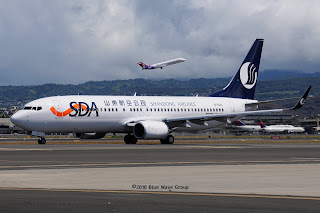 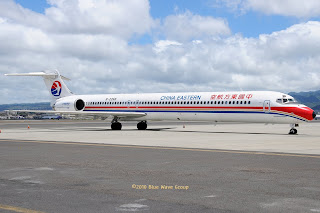 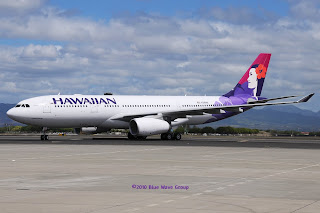 Hawaiian Air has accelerated the delivery of one of their A330-200s from the second quarter of 2013 to the fourth quarter of 2011, to become Hawaiian's fifth Airbus. Their third A330-243 is expected to be delivered in November.

The Hawaiian Air press release link.
Posted by Blue Wave 707 at 21:21 No comments:

PK-GMP was originally scheduled to deliver yesterday, but was set back to today.
Posted by Blue Wave 707 at 17:27 No comments:

A former US Airways Express Dash8-102A, N825EX (msn 388), has stopped off at HNL from YYC via GTF (Great Falls International, MT) and CCR. It will continue onto MAJ.

N825EX was originally delivered to Allegheny Commuter in October 1994, then was merged into the Piedmont Airlines fleet in January 2004. Both airlines are part of the US Airways Express system. 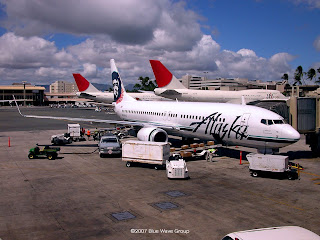 According to Howard Dicus' blog, BLI is an airport that Canadians use to avoid paying the higher ticket costs of flying in and out of YVR.
Posted by Blue Wave 707 at 09:23 2 comments: