One of the ex-Hooters 737-200s returned to service for Aloha. N250TR has been sitting on Elliott Street for the past 2 weeks, but only now has started flying interisland again, today August 31st. It is still in the basic Hooters livery, but without any titles. 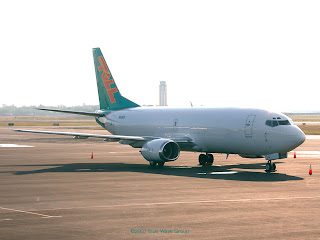 Leading off today's HNL RareBird hat trick, is Toll Priority's (Airwork New Zealand) third 737-3B7F, N519AU (c/n 23705). It was originally delivered to US Airways in 1988. It was recently converted into a pure freighter for Toll Priority, and will be re-registered as ZK-TLC when it arrives in New Zealand in a few days. N519AU flew from MIA to HNL via LGB, and seen above in the late afternoon sun. It will continue onto PPG tomorrow, as its next stop on its delivery flight.
Posted by Blue Wave 707 at 21:31 No comments: 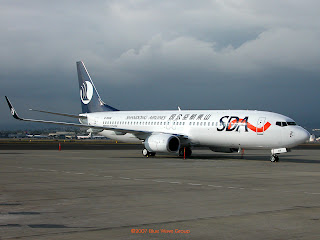 I got word from a spotter in New Zealand that a Royal Air Force (United Kingdom) Lockheed KC1 (or L-1011-500 TriStar) tanker / transport was headed here. It's here on HNL's north ramp. The RAF registration is ZD948 (msn 193V-1157), and she previously flew with British Airways as G-BFCA "Princess Margaret Rose". ZD948 is based at Brize Norton Air Base in the UK. 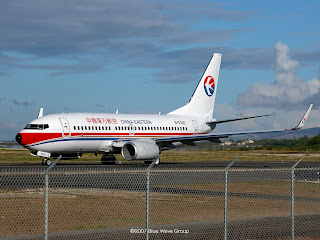 10 soldiers from Schofield on Blackhawk that crashed

Please take a moment out of your busy day to say a prayer, take a moment of silence, or use whatever form of contemplation you practice to have a private thought for the 10 brave warriors that perished in the crash of a Blackhawk in Iraq.

The soldiers had just been picked up after a mission when the chopper apparently suffered a mechanical and went down claiming the lives of all aboard. This is especially painful because many of the victims were to rotate home in a month or so, and they were all from Schofield Barracks. The base, the local community, and the entire state is reeling from the loss. Many families are on hold for good or bad news, and my thoughts are with them either way.

Remember please that whether or not one agrees with the politics, that the fallen were doing what they chose to do...defending our freedoms and our way of life.

A construction worker who was working on the taxiway repaving project was killed yesterday after being run over by a steam roller. Link to The Honolulu Advertiser article. According news video, the accident looks like occurred on Taxiway F.

Our thoughts and prayers go out to the worker's family and co-workers.
Posted by Blue Wave 707 at 22:51 No comments: 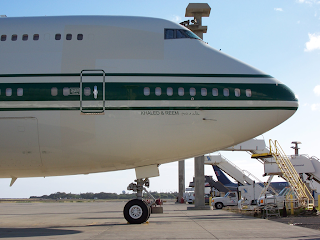 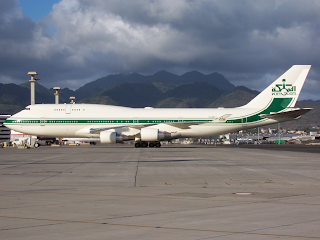 Aloha from the Maui bureau. It's not unusual to see C-17's at HNL, but they don't stop at OGG very often. This is HH 55150 taxiing from the HAZMAT area to RWY 20. The aircraft was here for a few hours, and didn't appear to transfer any cargo. Another C-17 shot an approach and left while 55150 was on the ground. Departure profiles, and radio chatter suggested both were heading to HH.
Posted by OGGturbojets at 15:04 No comments: 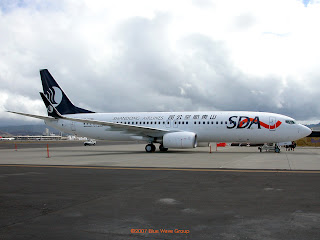 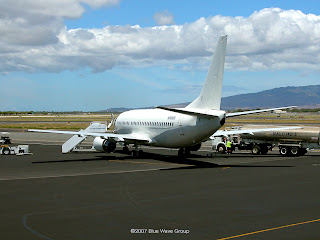 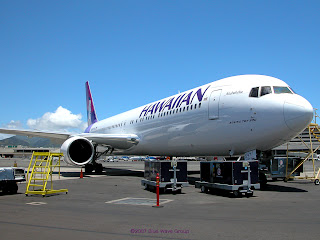 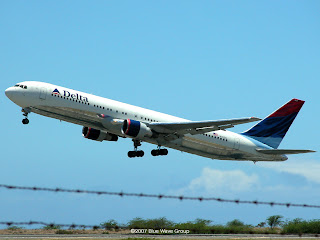 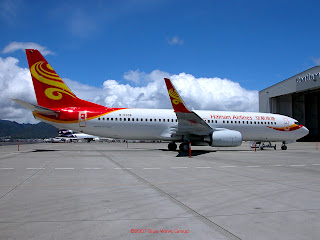 Hong Kong Air has a variation of this livery, though the Hainan one will be the main one.
Posted by Blue Wave 707 at 13:53 No comments: 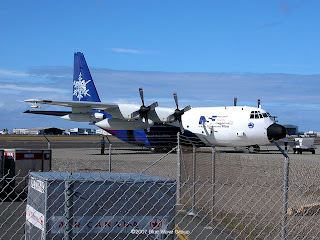 The National Science Foundation's Lockheed EC-130Q, N130AR (c/n 382-4984), has made a stop at HNL, on one of their many missions that study all facets of the environment. According to FlightAware.com, N130AR arrived here from SJC (Norman Mineta Int'l Airport, San Jose, CA), and is seen here being prepped for a flight to XCH (Christmas Island, Territory of Australia). The EC-130Q is laden with internal and external sensors to measure all sorts of environmental activities.

N130AR was originally built as a KC-130T for the US Marine Corps, as BuNo 162312, and later converted to an EC-130Q. After being relegated to AMARC, it was acquired by the National Science Foundation for its current role.
Posted by Blue Wave 707 at 09:21 No comments:

There was a privately-owned Boeing 727-100 parked on the Bradley Pacific ramp yesterday. I could not see the registration on the aft section if the tri-jet, nor get a decent angle to get a photo of it.
Posted by Blue Wave 707 at 00:09 4 comments: 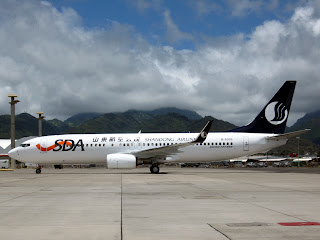