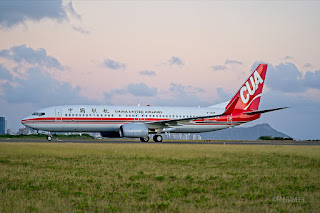 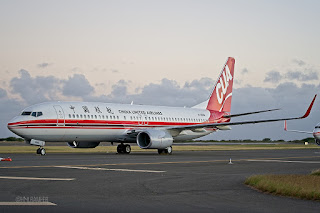 Safari Helicopters' AS350-B2, N985SA (msn 3111), crashed near Kōke‘e, Kaua‘i this afternoon while on an air tour around the Garden Isle. There were seven (one pilot and six passengers) aboard the tour helicopter.

Our thoughts, prayers, and condolences go out to the Safari Helicopters ‘ohana, and those of the passengers.
Posted by Blue Wave 707 at 21:39 No comments: 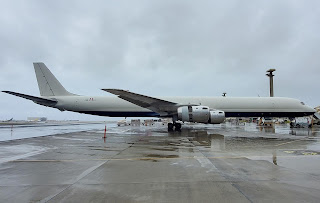 36756 was originally delivered to the US Department of Defense in December 2007 as N529PP. In October 2014, it was re-registered as N737AT. It was sold to Hillwood Airways in July 2017. This BBJ also features a main deck cargo door, and the cabin can be configured in several variations.
Posted by Blue Wave 707 at 21:14 No comments:

The HNL RareBirds team wishes you all a very Merry Christmas!


29063 was originally purchased by SALE, then leased to Emirates in December 1999 as A6-EMN. In July 2007, it was sold to BOC, and the lease was transferred, and flew until February 2017. In September 2017, it was sold to Apollo Aviation, and leased to Fly Global as 9M-FSM. Carlyle Aviation Partners purchased this 777 in December 2018, the lease transferred, and flew until April 2019, where it was registered as 2-RLBN, and stored at SZB. UMB Bank acquired this 777-31H last week, and registered as N906CL. 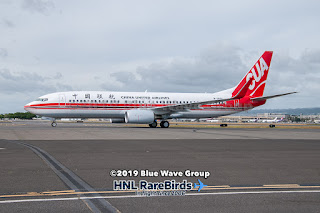 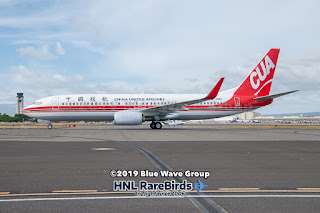 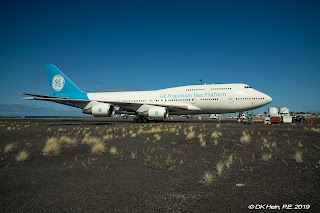 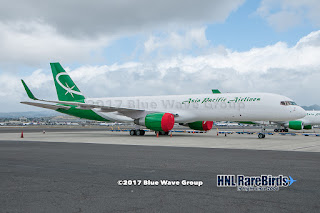 Asia Pacific Airlines has wet-leased N888LT to UPS for supplemental holiday service. It's flying between BFI, PDX, MHR, and ONT.
Posted by Blue Wave 707 at 18:51 No comments: 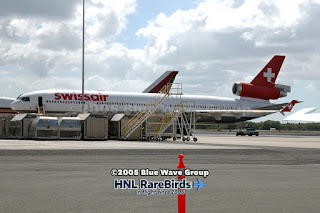 Our December edition of "HNL RareBirds Classic" goes back to September 2005, and this Swissair MD-11, HB-IWU (c/n 48538, l/n 533), that made a stop at UPS's ramp at HNL, as it ferried to Singapore for freighter conversion.