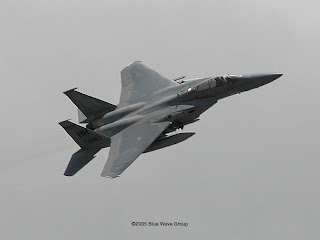 A McDonnell-Douglas F-15A "Eagle", 76-0063 (c/n 0249/A215), of the Hawai‘i Air National Guard's 199th FS was enshrined in the Pacific Aviation Museum, located on Ford Island (in Naval Station Pearl Harbor). The retired fighter was transported via barge, from a dock at neighboring Hickam AFB through Pearl Harbor to Ford Island where it will displayed alongside a retired US Navy Grumman F-14 "Tomcat". 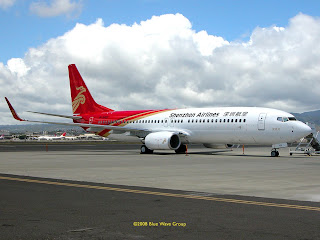 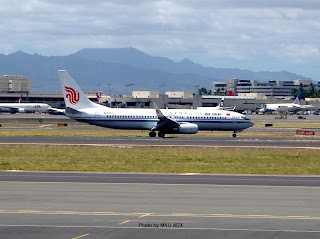 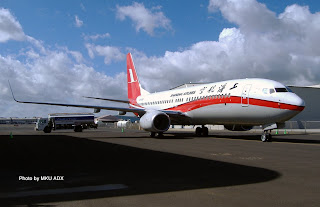 Shanghai Airlines is taking delivery of B-5395 (c/n 35770), a 737-86D(W), which is flying as CSH5395, stopped over at HNL today. It was parked in the alleyway fronting the Castle & Cooke Aviation complex and the Cox Aviation hangar. 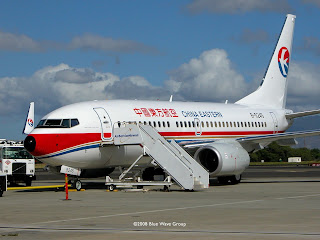 The flight was listed yesterday on a couple of flight tracking sites, but did not actually fly until today.
Posted by Blue Wave 707 at 07:44 No comments:

Saw Ryan flight #3068 at Kahului this morning. I think it's routing was KOAK-PHLI-PHOG-PHNL-KONT. It was a white 752 with green tail and engines - no titles. Similar to N526NA on Airliners. Sorry no picture from here.
Posted by OGGturbojets at 17:34 1 comment: 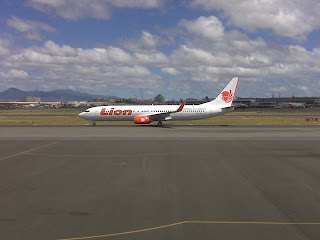 Did anyone catch this bird? According to Flight Aware, it departed from MNL (Ninoy Aquino) and is on its way to Oakland via Guam, MAJ (Marshall Island International), and Honolulu. It had its original registration changed to N530AW (c/n 53050).

Photo from Airliners.net.
Posted by Aeros at 23:35 5 comments: 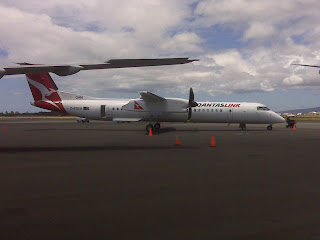 A shiny new Q400 dropped in today on a delivery flight to Australia. According to the ferry captain, it took 6:51 to get here from Concord, California (KCCR). It'll leave tomorrow for Majuro, a 7:01 flight. 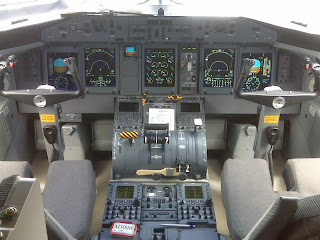 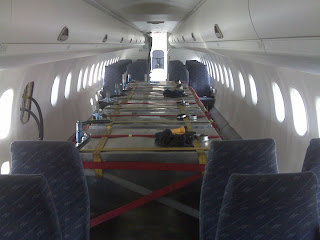 Ferry tanks for all that fuel for the long over-water legs. 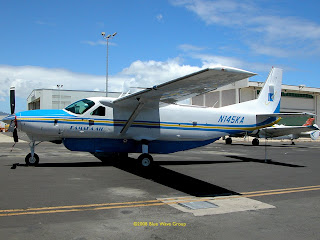 Kamaka Air has upgraded their fleet to the Cessna C208B Super Cargomaster. Registered as N145KA (msn 208B2019), this Super Cargomaster is one of the newest Caravans to have the new upgraded avionics which includes flatpanel LCD displays. N145KA left Kingman Airport - Clyde Cessna Field on July 21st and made stops in ABQ (Albequerque, NM), LGB (Long Beach, CA), VGT (North Las Vegas, NV - for 11 days), back to LGB, then to SMX (Santa Maria, CA) while on its way to HNL. N145KA arrived last night after a 12+ hour flight.
Posted by Blue Wave 707 at 18:41 No comments: 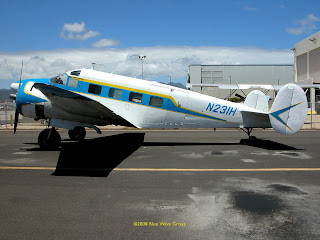 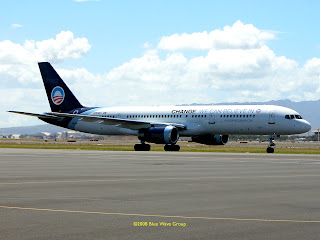 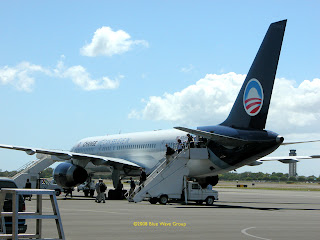 US Presidential candidate Barack Obama (D) is chartering a North American Airlines 757-28A, N755NA (c/n 30043), and the jet has been painted in special colors for his campaign, with both his slogan and logo. Senator Obama (D-IL) was born in Honolulu, and graduated from Punahou School, and is here with his family to vacation, visit with family living here, and appear at a political fundraiser. It's sort-of a homecoming, and first visit to Hawai‘i since announcing his presidential campaign.

His flight was delayed for over two hours, as thousands waited at nearby Ke‘ehi Park, where Obama was to make an appearance at a rally put on by local supporters, before heading to his hotel.

I wanted to get a photo of the plane, and thought it had already arrived. According to camera crews, they said the flight was late. I found a vantage point where local TV camera crew were waiting, and was allowed to take photos of the arrival alongside them. I did not really care if I got a shot of Obama, I just wanted the plane, and I got it. The press corps exited the aircraft first, and in fact the Obamas' had yet to exit the aircraft when I left, which was about 20 minutes after the plane parked.

A special mahalo to the airport security staff for allowing me to get these shots.
Posted by Blue Wave 707 at 15:50 1 comment: 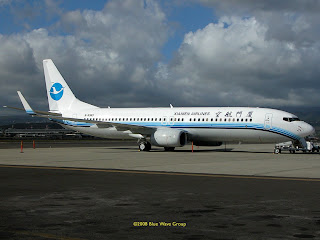 An A319CJ Visits The Islands

A Polet Flight An-124 is in from TPA (Tampa, FL) as POT923, and is parked on the North Ramp Hardstands. The flight continues to BNE (Brisbane, Queensland, Australia).