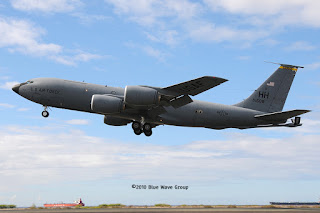 Sixty years ago, the Boeing KC-135 Stratotanker made its first flight, and we celebrate its birthday. Presently, the Hawaiʻi Air National Guard's 203rd ARS, in association with the 96th ARS (active duty), has a fleet of eight "R" models.

Further details in this US Air Force article.
Posted by Blue Wave 707 at 09:07 No comments: 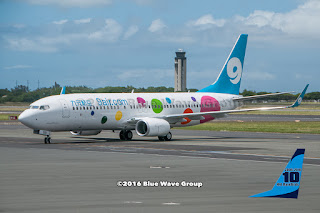 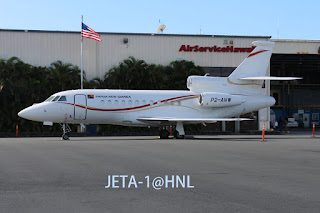 P2-ANW (msn 218), a Dassault Falcon 900EX registered to the Papua New Guinea government, has made a stop at HNL. It wears the partial livery of Air Niugini. It's probably here for the World Conservation Convention, which Honolulu is hosting.
Posted by Blue Wave 707 at 09:56 No comments: 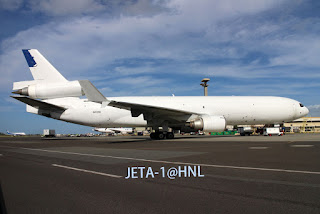 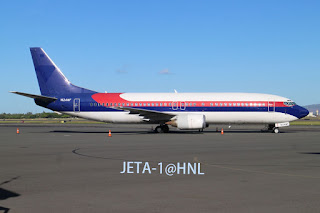 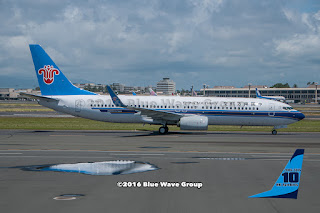 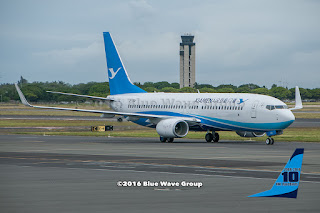 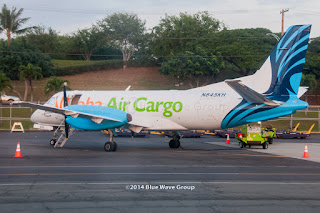 25362 was originally delivered to Olympic Airways [OA/OAL] (Greece) in October 1991 as SX-BKD "Amphipoli". In December 2003, Olympic Airways re-branded as Olympic Airlines, after it emerged from bankruptcy. SX-BXD was transferred, and painted into a special livery for the 2004 Olympic Games that the city of Athens hosted. In 2006, it was painted into Olympic's "Euro-White" livery. SX-BXD was withdrawn from service in September 2009, and sold to AerSale as N362AS. After being in storage for a couple of years, 25362 was leased to Med-View Airlines [VL/MEV] (Nigeria) in August 2012 as 5N-BPA, and returned to AerSale in June 2015. After its return to AerSale, it was ferried to DHN for freighter conversion, and sale to Toll Airwork.
Posted by Blue Wave 707 at 12:31 No comments: 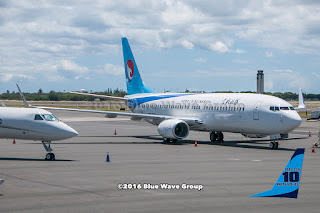 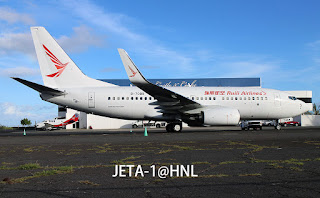 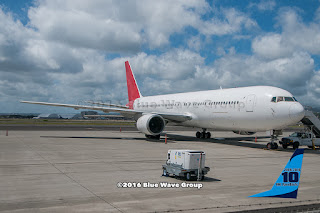 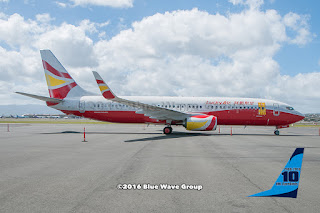 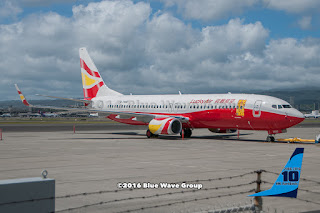 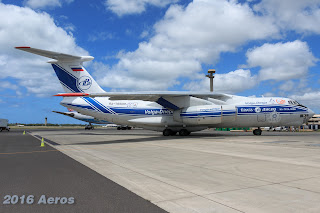 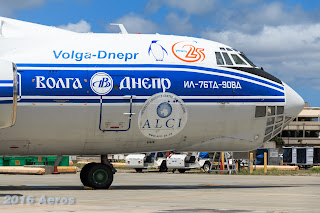 Further information on its mission in New Zealand from MRC Aviation.
Posted by Aeros at 19:42 No comments: 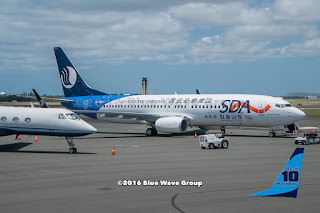 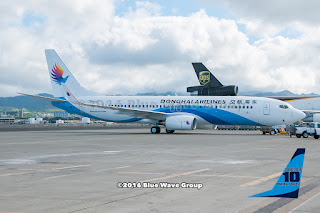 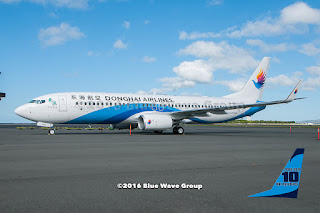 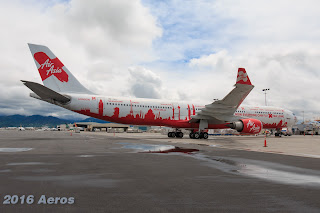 9M-XAA (c/n 54) is making its way to the Tucson Marana Regional Airport (AVW/KAVQ) from Kuala Lumpur (KUL/WMKK), Malaysia via Kansai (KIX/RJBB), Japan, and HNL, as it has been retired from the AirAisa X fleet.

This A330-301 was originally leased to Aer Lingus by ILFC in May, 1994 as EI-SHN and named "St. Flannan". EI-SHN was returned to the lessor in June, 2002. Two years later, it was leased out by AWAS to Air Algerie in April, 2004 as F-OMSA. In September, 2005 it went to Air Madrid as EC-JMF, and named "Puerta de Toledo" until the company ceased operations in December, 2006. A year later in September, 2007 it then went to AirAisa X as 9M-XAA and named "Semangat Sir Freddie Laker", leased from Kahala Aviation Leasing.
Posted by Aeros at 20:09 No comments: 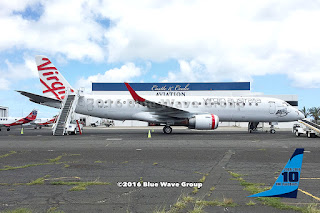 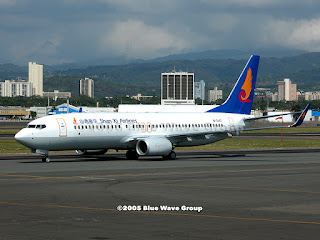 B-5137 was ordered by Hainan Airlines, and leased to its Shan Xi Airlines [8C/CXI] subsidiary. In June 2006, it was leased to CR Airways, another Hainan subsidiary, as B-KBF. When CR Airways [CRK] re-branded as Hong Kong Airlines [HX/CRK], B-KBF was transferred. In October 2008, it was returned to the mainline Hainan Airlines fleet, again as B-5137.
Posted by Blue Wave 707 at 05:13 No comments: