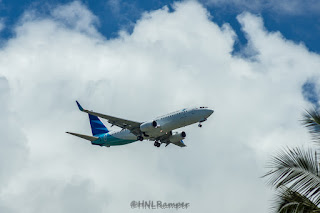 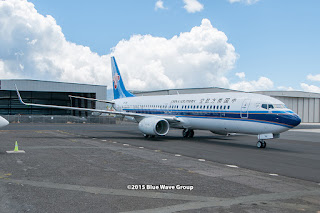 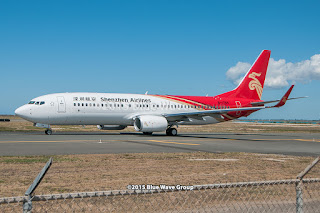 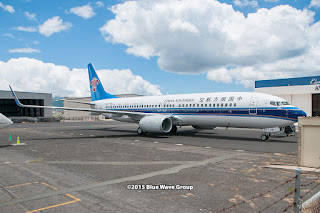 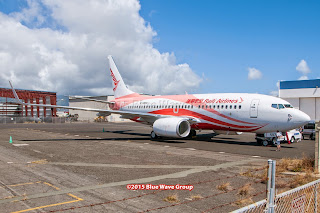 Ruili Airlines has placed an order of 60 737MAXs. We can expect to see those deliveries stop through HNL, though no timeframe was given as to when the fist models will be delivered.
Posted by Blue Wave 707 at 17:39 No comments: 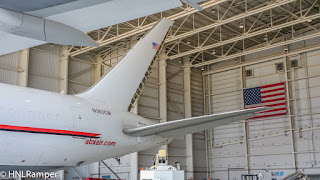 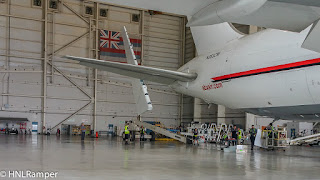 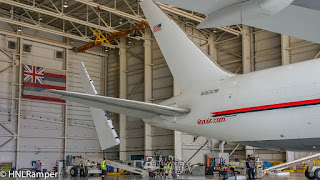 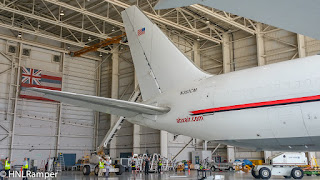 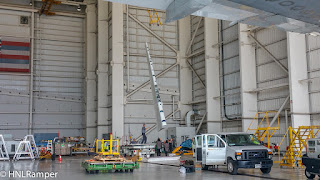 Posted by HNLRamper at 17:14 No comments: 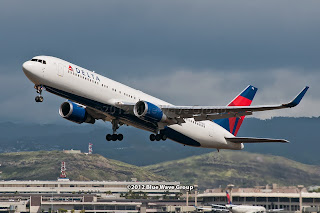 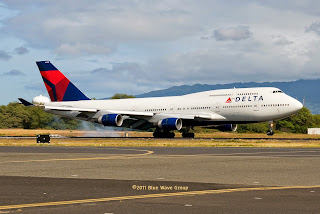 Here are some shots of one of the Google 767-200s here at PHNL. Hope this works, I'm just starting to figure out this layout. This is the cleanest plane I have ever seen in my life ... Cheers 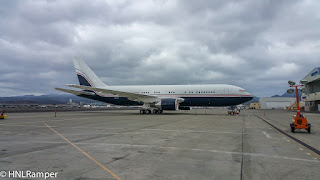 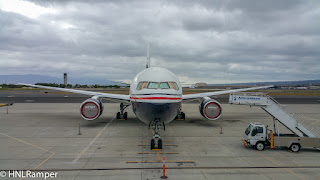 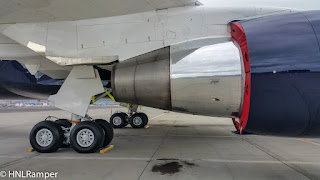 Posted by HNLRamper at 16:53 No comments:

American To Switch To A321 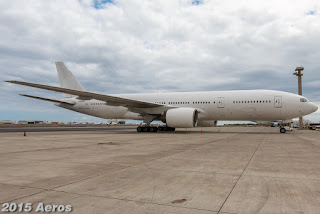 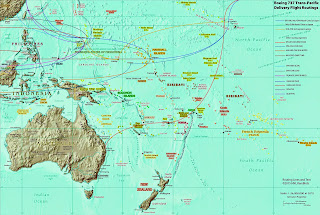 In May 2006, we published a map of the western Pacific region with 737 delivery flight routings. With more airlines ordering the 737, more routings have been established. We have re-done the map to reflect these new routes.

Like the original post, this map was sourced from Wikipedia, and routings added in with Illustrator and text with Photoshop.
Posted by Blue Wave 707 at 10:50 1 comment: 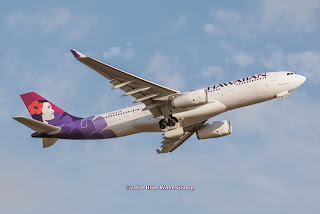 Various news sources are reporting the return to LAX of HAL3 bound for HNL. The A330-243, N395HA "‘A‘a" (msn 1496), left late due to a fuel leak and spill, then about one hour into the flight the crew made the decision to return to LAX. Earlier reports were incorrect about addional fuel being dumped to lower landing weight but the aircraft did circle to burn fuel.

Emergency crews were standing by as the plane made a safe, uneventful landing on Runway 25R. There were 300 passengers and crew aboard. The issue was repaired, and the flight left for HNL.

Coverage in this Star-Advertiser article, KTLA5 report, and Hawaii News Now report.
Posted by 2003Z06 at 18:37 No comments:

An MV-22 Osprey from the US Marine Corps' VMM-161 "Greyhawks", crashed at Bellows Air Force Station / Marine Corps Training Area Bellows in Waimānalo, around 11:00HST. There were 21 Marines and a Navy corpsman aboard; with one fatality and 12 injured, and the smoke plume can be seen from Kailua.

The MV-22s (three in total), and those aboard are from the 15th Marine Expeditionary Unit from Camp Pendleton, CA, here for training exercises.

Our thoughts, prayers, and condolences go out to those aboard, and their families.

Initial reports in this Hawaii News Now article, and an article from CBS Los Angeles.
Posted by Blue Wave 707 at 12:57 1 comment: 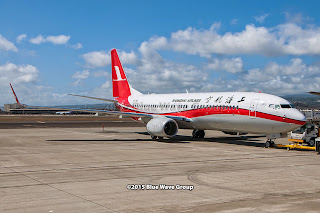 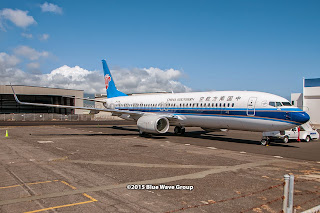 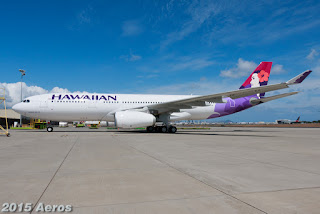 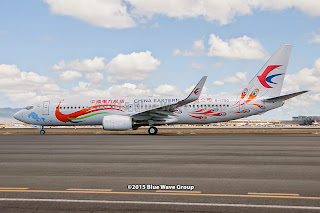 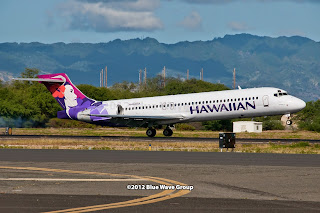 A Hawaiian Airlines flight from HNL to KOA diverted to OGG after one of the two engines stopped functioning. HAL118, operated with N484HA "Oma‘o" (c/n 55129, l/n 5080), made an emergency landing, without incident, at OGG, though the malfunctioning engine was smoking when the 717-22A. The airport's ARFF crews extinguished the smoke with foam.

HAL24 Returns To OGG In Emergency 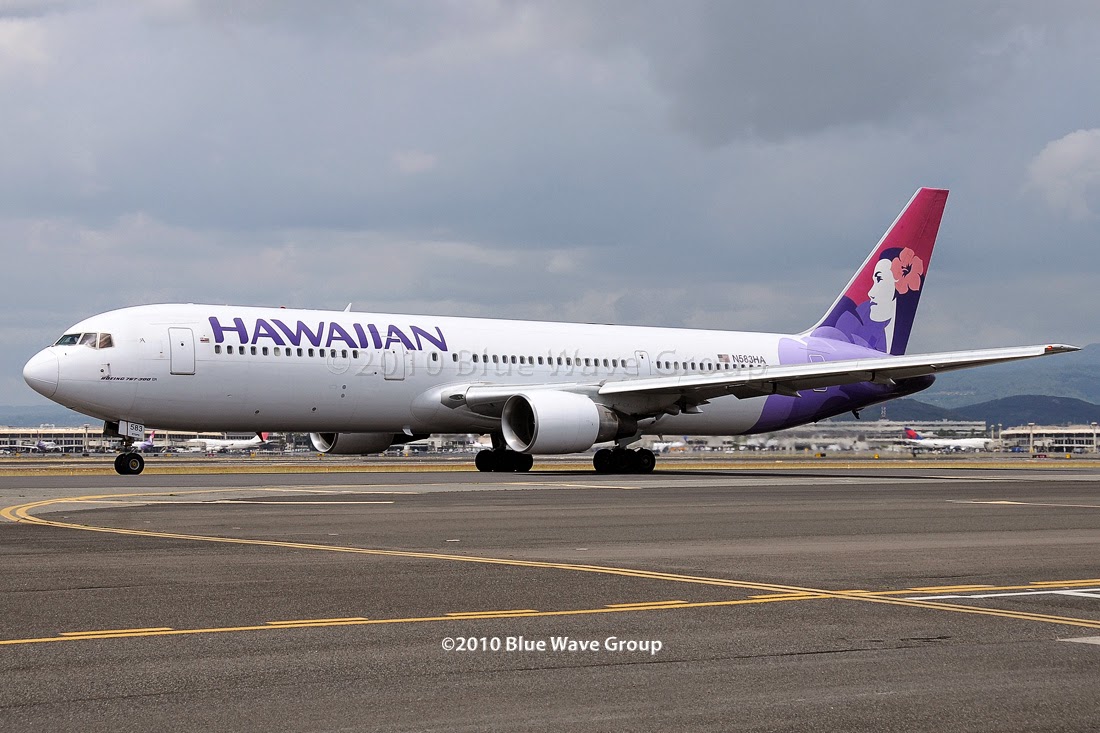 A Hawaiian Airlines 767-300ER flying as HAL24 [OGG-OAK], made an emergency return to OGG as a burning smell was noticed by crew and passengers. N583HA "‘A" (c/n 25531, l/n 453) landed without incident, and taxied off of Runway 2/20. All aboard evacuated via the inflatable slides on Taxiway A, as OGG ARFF crews stood by.

Passengers are being put aboard a replacement flight, HAL1024, that will leave OGG tonight. N393HA "Lehuakona" (msn 1422) will make the flight to OAK, after being ferried from HNL as HAL8024.

Further details in this Hawaii News Now article.
Posted by Blue Wave 707 at 18:18 No comments: 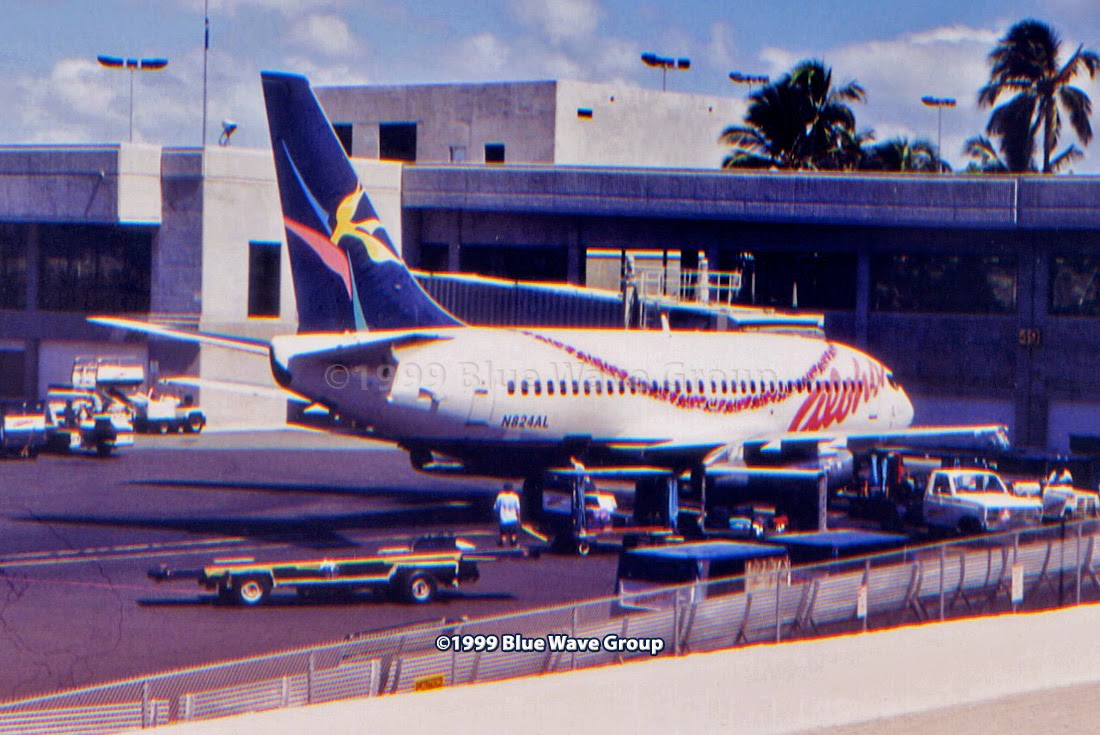