The Restart Of Flights To Haneda

October 31st saw the return of regularly scheduled flights between HND and HNL by JAL and ANA. For JAL, this is a return as they flew HND-HNL from 1954 until 1978. For ANA, this is a new route. 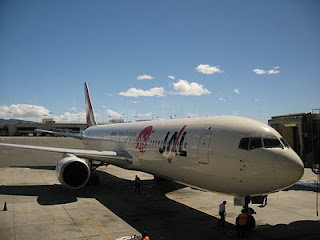 JAL will be using their 767-300ERs on the route and JA612J, which has the "Japan Endless Discovery" decals, had the honor of the first flight. 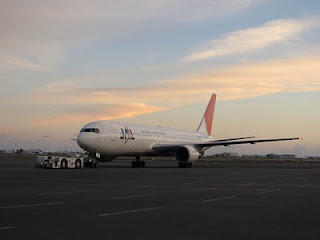 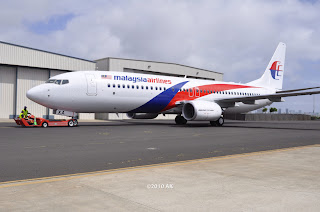 Fortunately, we were blessed to get a photo here from a friend, as well as Drewski2112 at BFI.
Posted by Blue Wave 707 at 10:23 No comments: 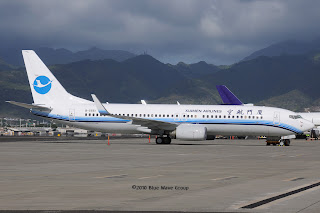 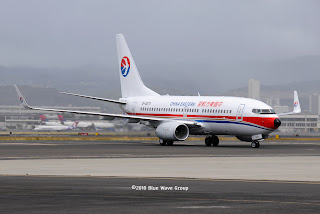 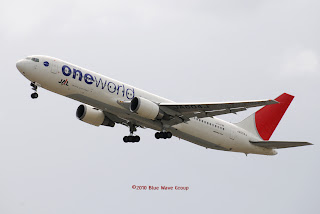 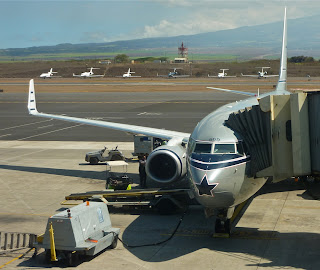 I arrived OGG today on N569AS (c/n 35184/2192); a 737-890 operating as flight #861 from PDX. The cold & drizzly ramp shot was at Portland this morning, and the warm and sunny picture was after we arrived. The doors of the overhead storage bins all have different pictures showing the history of Alaska Airlines. Pictures from the flight today. 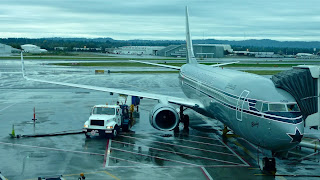 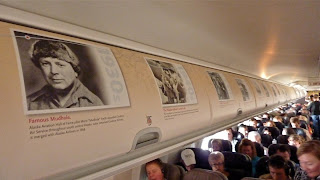 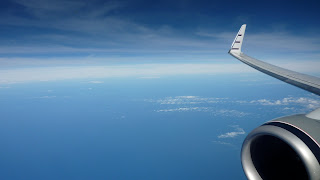 Aeros made a post back on 04-01-10 when this one was spotted at HNL. Not sure how often it's been back there. I've seen this plane at Maui only once before, and that was months ago.
Posted by OGGturbojets at 15:48 4 comments: 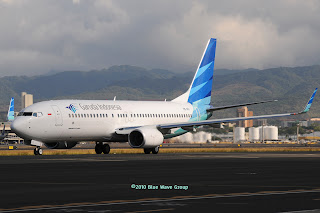 Air Transport International (ATI) and National Airlines (Murray Air) have ordered 757-200Cs.  The 752 Combis are seen as replacement for the aging DC-8 Combi fleets of both airlines.  ATI serves HIK with military charters from the mainland to the western Pacific.  National occasionally flies to HNL from the mainland on ad hoc charter cargo flights.  The first deliveries aren't expected until 2011.
Precision Conversions and Pemco are performing passenger to combi conversions, as well as passenger to freighter conversions.
FlightGlobal.com's report on the ATI's 757-200Cs, and AirlinersGallery's report on the National 757-200Cs.
Posted by Blue Wave 707 at 21:36 No comments:

On October 17th, there was this flight listed on FlightAware.com bound for PAE, and the aircraft listed as a 737-700. I could not find an airline attached to the code VBH. According to one of our readers walking along Lagoon Drive, he noticed it was a Virgin Blue 737-700. There have been reports that Southwest Airlines has purchased some of VIrgin Blue's 737-700s. The aircraft are flown to PAE for interior modifications and re-painting.
Posted by Blue Wave 707 at 10:28 1 comment:

According our BFI connection, team member Drewski2112, 9M-MXA (which is ahead of -MLH) has a new livery and the new Sky Interior, and awaiting certification. MLH has the current livery and interior, and was delivered first.

Another Indonesian entrant will join Lion Air and Garuda Indonesian as their new "Baby Boeings" that will use HNL as a stopover point during their flights.
Indonesian carrier Sriwijaya Air has ordered ten 737-800s to upgrade their current 737-300s and -400s.  The first new -800 is expected in 2012.
Airliners Gallery news article.
Posted by Blue Wave 707 at 22:02 No comments: 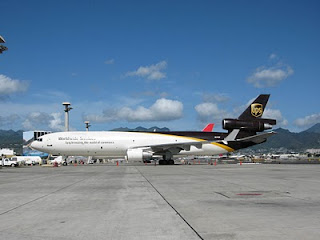 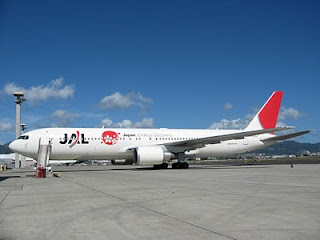 Earlier this year the Japan Tourism Agency has renewed its tourism campaign with a new slogan and logo. "Japan. Endless Discovery" has replaced "Yokoso! Japan" as their slogan. The new logo is the rising sun with cherry blossoms. Above is the new logo and slogan on JAL's 767-346ER, JA623J (c/n 36131). For comparison, the old logo and slogan is shown in the picture below. 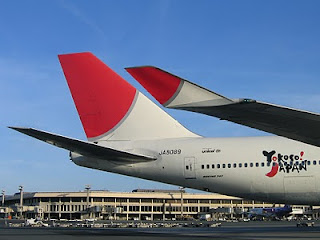 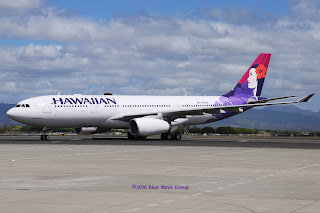 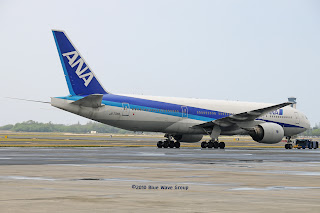 Hawaiian Air CEO Mark Dunkerley and All Nippon Airways CEO Shinichiro Ito announced today that they have signed a letter of agreement that establishes a partnership between the two carriers.

The link to the Hawaiian Air press release.
Posted by Blue Wave 707 at 13:26 No comments: 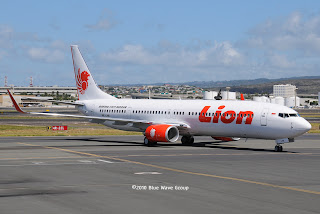 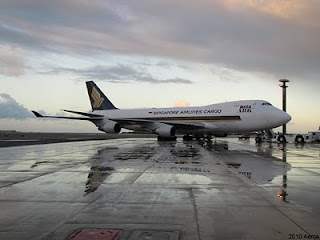 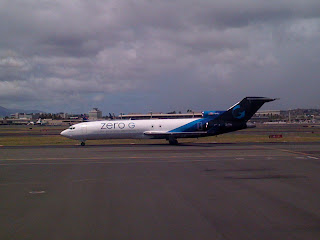 Here is N794AJ as it taxi's on "Charlie" heading over to the Air Service hangar. 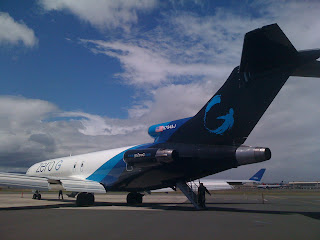 Parked at Air Service after disembarking her "astronaut trainees"
Mahalo to team member Lono68 for the photos.
Stephanie Lum from Hawai‘i News Now went on a flight with a group of science and math teachers selected by Northrop Grumman.
This is also our 1100th post ...
Posted by Blue Wave 707 at 11:08 1 comment:

The Beginning Of The End Of JAL 747s At HNL

Today marks the beginning of the new United / Continental merger, as United Continental Holdings will oversee both UA and CO as separate subsidiaries. Until UCH receives a single operating certificate, then the two carriers will be combined.
So far, one of CO's 737-924ERs have been painted in the new combined livery. Now's the time to get shots of the older grey and current multi-blue UA liveries, as well as the current CO livery.
Once the single operating certificate is obtained, we shall see how it will affect the flights serving Hawai‘i.  The only common destination from HNL and OGG for both UA and CO is LAX.  WIll the "Air Mike" flights continue? And, what will happen to the CO hangar at HNL?
Posted by Blue Wave 707 at 06:12 No comments: