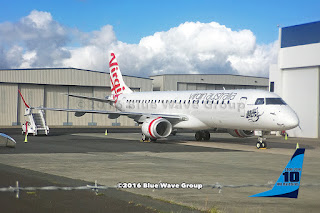 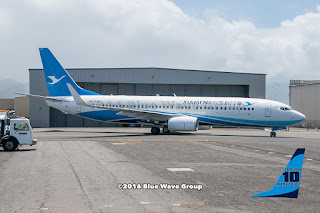 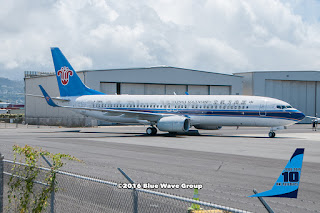 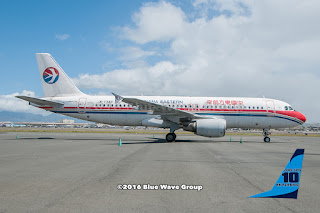 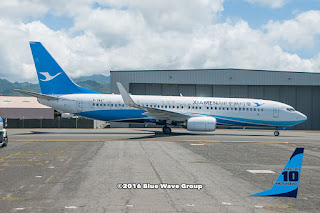 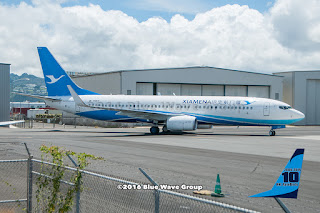 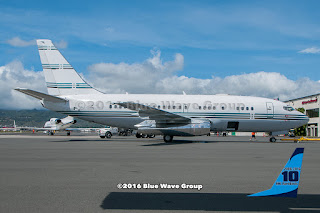 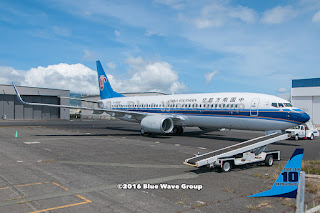 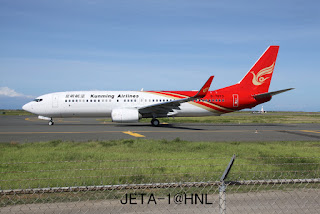 This C208B was originally delivered to WCBS Equipment Leasing in March 2005. It was acquired by Schunneman Inc in December 2006. In August 2011, it went to Peanut Air LLC, and in October 2014 it was bought by TMI Solutions.


On a related note, Makani Kai Air's N135PB was finally retired. After being used in a "Hawaii Five-0" episode, it was seen at JRF with its wings detached. It was later re-assembled, and returned to service. It made its last flight on June 9th.
Posted by Blue Wave 707 at 11:40 No comments: 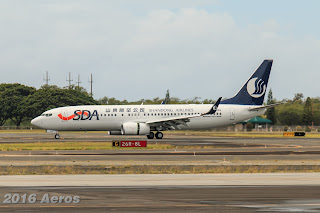 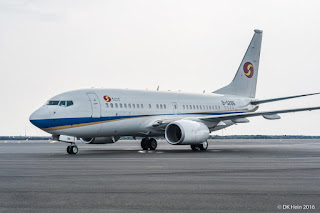 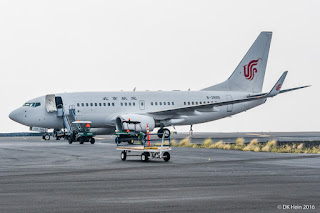 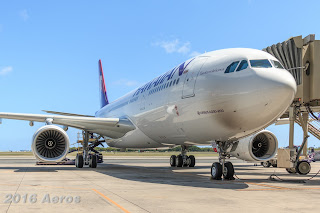 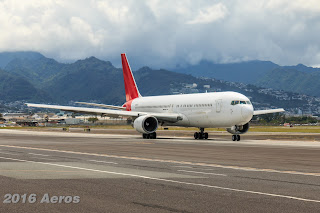 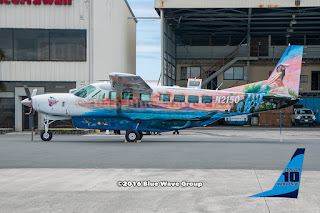 C-GALU (msn 726), a DHC-6-300 Twin Otter is ferrying though HNL on its way back to Canada, from Papua New Guinea. The flight began from AYTK [Tokua Airport, Rabaul, PNG], and has made stops at MAJ and HNL, and will depart for LMT [Crater Lake-Klamath Falls, Oregon] tomorrow, then onto YYC, where the owner is identified as Gravitas Aviation Ltd.

726 was originally delivered to Austin Airways [Canada] in November 1980 as  C-GCVZ, and was leased to Air Creebec from June 1982 to February 1985. It was sold to Pakistan International Airlines in the same month as AP-BCG "Mangla Dam", and served until September 2006. Emerald Aviation [New Guinea] acquired this Twin Otter in March 2007 as N726JM, then as P2-EMO. Airlines PNG took ownership of P2-EMO in April 2008.
Posted by Blue Wave 707 at 11:35 1 comment: 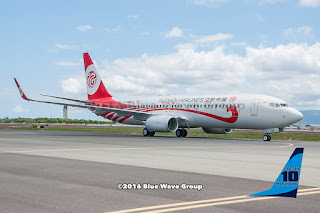 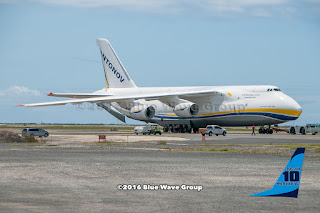 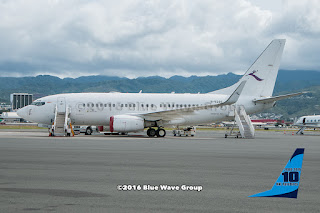 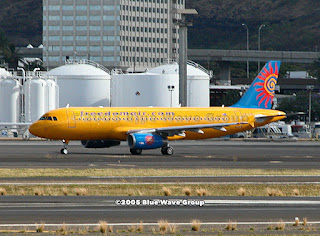 This month's edition of "HNL RareBirds Classic" takes us back to June 2005, with this Freedom Air International [SJ/FOM] (New Zealand) A320-232, ZK-OJK (msn 2445). It was making a stopover at HNL while making its delivery flight from TLS to AKL.

A year after delivery, it was sold to BBAM, then leased to TAM Linhas Aéreas [JJ/TAM](Brazil) as PR-MBJ. In May 2012, it made its way back to New Zealand, as it was leased to Air New Zealand, and retained its ZK-OJK tail number. It continues to fly with Air New Zealand, and was painted in the current black and white livery.
Posted by Blue Wave 707 at 03:20 No comments: