N174LL (msn 17261220), a Cessna 172, owned by Lani Lea Sky Tours and Flight School, with three people on board, en route to HNL from MKK has disappeared off of the northwest coastline of Moloka‘i, around 18:55HST. The US Coast Guard has sent a C-130 to search the area for the aircraft.

Our thoughts and prayers go out to those aboard, and their families.

Playback of N174LL's departure out of MKK from FlightRadar24.com.

Further coverage by Hawaii News Now.
Posted by Blue Wave 707 at 22:50 No comments: 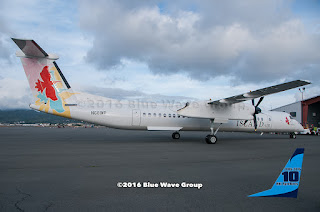 Island Air's first Dash8-Q400 Next Generation, N681WP "Ola Kūpono" (msn 4543), is making its final leg of its delivery flight from  OAK to HNL today, as SXA356. The delivery flight originated at YZD [Toronto / Downsview Airport], and made stops at DLH [Duluth International Airport, MN], PDX, MMV, and OAK for its journey from Toronto to Honolulu.
Posted by Blue Wave 707 at 17:31 2 comments: 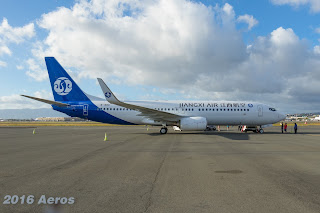 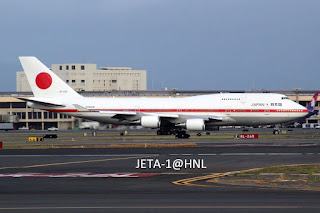 Japan Air Self-Defense Force's 20-1102 (c/n 24731, l/n 839), a 747-47C VIP transport for the nation's prime minister, arrived this morning from Tokyo. It flew in Prime Minister Shinzo Abe, and his staff, as he will visit various sites around O‘ahu, including the USS Arizona Memorial with US President Barack Obama on December 27th.
Posted by Blue Wave 707 at 09:47 No comments: 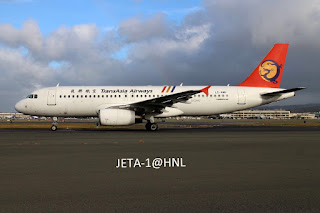 LZ-AWH (msn 2914), an A320-232, recently acquired by Ansett Worldwide (AWAS), is stopping through HNL as it ferries from CRK [Clark Air Base, Philippines] to Argentina (via GUM, HNL, PVR [Puerto Vallarta, México], and SAL [San Salvador, El Salvador]).

2914 was originally delivered to Air Deccan in October 2006, lease from PAFCO, as VT-ADS. A year later, the airline rebranded as Simplifly Deccan; and the A320 was sold to AWAS, remaining with the airline. In March 2009, it was leased to SriLankan Airlines as 4R-ABH. In October 2011, it was leased to TransAsia Airways as B-22312, until this month.
Posted by Blue Wave 707 at 09:35 No comments:

The HNL RareBirds team wishes you all a very Merry Christmas! 🎄
Posted by Blue Wave 707 at 23:48 No comments:

Hawaiian Airlines launched its thrice-weekly A330-243 service between HND and KOA today. N393HA "Lehuakona" (msn 1422) made the inaugural flight for Hawaiian's second route pairing out of HND.

Further details in this Island Air press release.
Posted by Blue Wave 707 at 09:15 No comments: 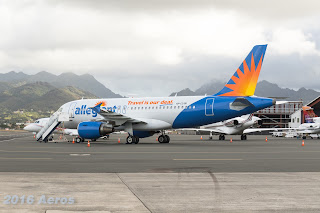 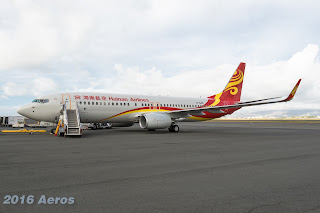 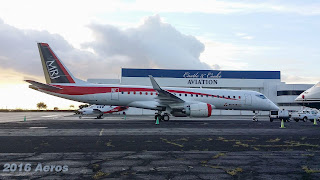 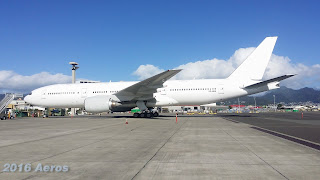 Mahalo to Skyliners.de for getting us Boeing construction number and line number.
Posted by Blue Wave 707 at 15:04 No comments:

24690 was originally purchased by Guinness Peat Aviation (GPA), and leased to Pegasus Airlines in July 1990 as TC-AFL. Later, that December, it was leased to Futura under several Spanish registrations, and sub-leased twice to TransBrasil, also sub-leased to Ryan International Airlines, Nordic European Airlines, Aer Lingus, and Corsair. In April 1998, it was acquired by GECAS, and remained with Futura, and sub-leased to Nacional Transportes Aéreos, Ryan International, Merpati Nusantra, and Jetairfly. In January 2009, it was leased to Sriwijaya Air as PK-CJW, until September 2015, where it was stored at CGK. 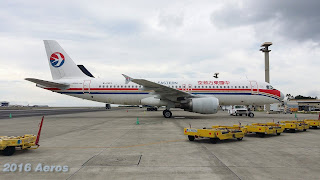 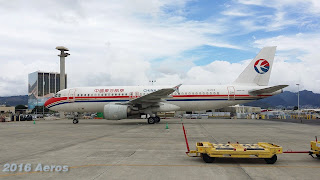 Hawaiian Airlines announced today that they will purchase an additional A330-243, and lease an additional two A321neos. These additions will increase their A330-243 fleet to 24, and have a total of 18 A321neos on order. The moves are being done in order to accelerate the retirement of their 767-300 fleet.

Further information in this Hawaiian Airlines press release.
Posted by Blue Wave 707 at 16:19 No comments: 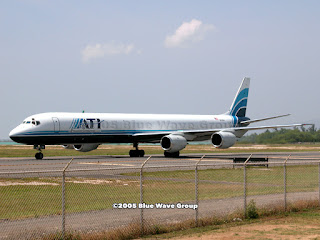