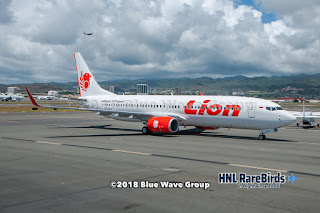 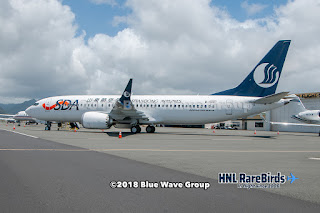 United Airlines' flight UAL363, EWR-HNL, brought home the Honolulu All-Stars team that won Sunday's Little League World Series. N78060 (c/n 29455, l/n 866, f/n 0060), a 767-424ER arrived this afternoon with a true Hawaiian blessing of rain showers as the flight landed and taxied to Gate F2. The team was greeted by local politicians, fans, and the media as they walked out of the Jetway. A welcoming ceremony was held in the Diamond Head Tour Group area.
Posted by Blue Wave 707 at 14:18 No comments: 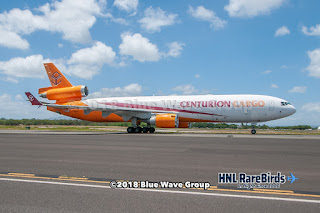 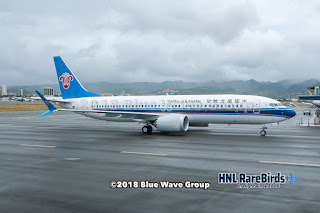 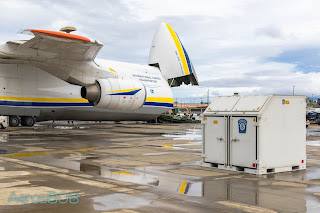 As Hurricane Lane pushes slowly northward, and has cleared the east side of Hawai‘i Island, airlines in Honolulu have ferried their aircraft to JRF and ITO to ride out the storm.

Going to Kalaleloa Airport, Kamaka Air and Makani Kai Air moved their C208s; and Blue Hawaiian Helicopters moved their EC-130 fleet; where they were placed into Hangar 111.
Posted by Blue Wave 707 at 12:10 1 comment:

Both Air Canada and WestJet Airlines are adding an extra flight each to aid in tourists from Canada wishing to return in advance of Hurricane Lane. 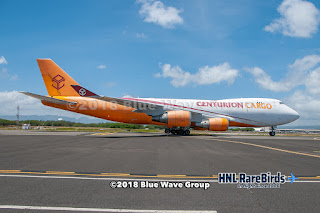 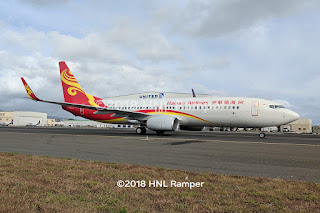 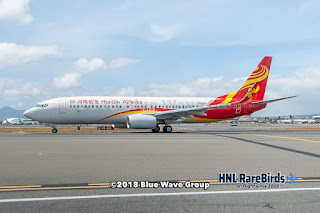 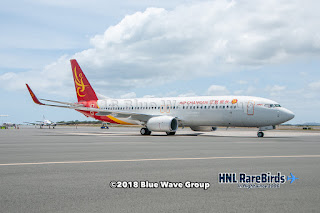 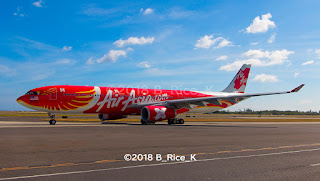 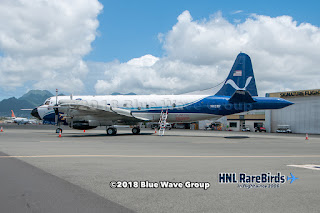 With Hurricane Lane making a close path near the Hawaiian Islands, NOAA has dispatched both their WP-3D, N42RF and Gulfstream IV, N49RF, along with two WC-130Js from the US Air Force to fly into the hurricane to take measurements.
Posted by Blue Wave 707 at 12:19 No comments: 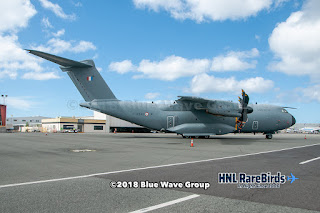 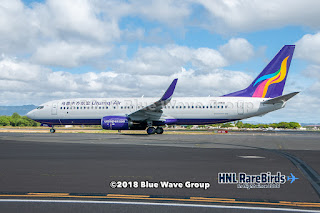 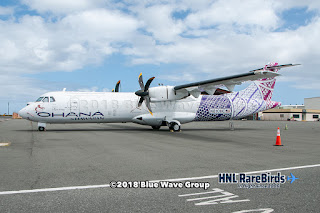 ‘Ohana by Hawaiian launched their ATR72-212F cargo operations today, with N810HC "Ala‘oli" (msn 423) making the initial flights to Hilo and Līhu‘e, to deliver relief supplies to the communities affected by the April rains (Kaua‘i), and the volcanic eruption displacements (Hawai‘i Island). 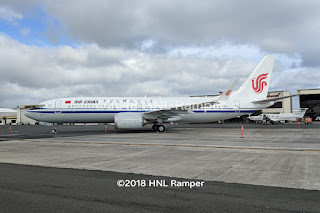 Lack Of Firefighting Aircraft In Hawai‘i

With the five brush fires raging in Hawai‘i, two on O‘ahu's west side in Mākaha and Wai‘anae, two on Hawai‘i Island (Waikoloa and Keauhou), and one in Maui (Kula). We've been asked why there are no firefighting aircraft based in Hawai‘i? Each of the counties fire departments have helicopters, but nothing larger than an MD500 that can carry 200-300 gallon baskets. The county can request assistance from the US Army / Hawai‘i Army National Guard UH-60s.

Firebombers based on the US mainland have been assigned to fight fires in the western US.

In the case of the two O‘ahu fires, a firebomber could help the Honolulu Fire Department and Federal Fire Department, especially with both fire threatening properties, and has consumed a few structures.

In the case of the Hawai‘i Island fires, they are both burning in remote areas, with the Waikoloa fire consuming over 13,000 acres.

The State of Hawai‘i could invest in a company (via public-private partnership) to man a few aircraft that could drop very large amounts of water to fight fires around the island chain. When not being used in Hawai‘i, the aircraft could be wet-leased to fight fires elsewhere.  The Kalaeloa Airport [JRF] would be a great place to park the aircraft, as space is dwindling at HNL.
Posted by Blue Wave 707 at 22:32 No comments: 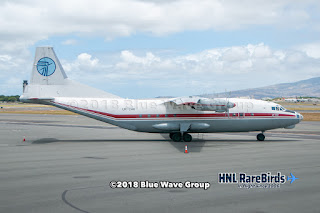 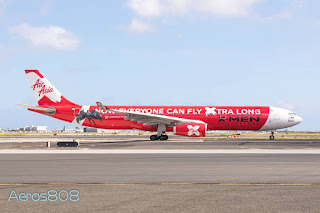 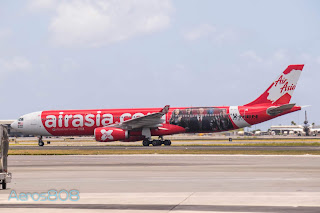 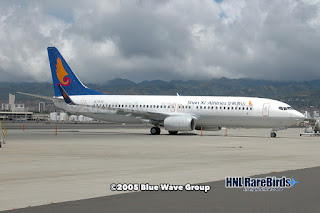 B-5135 was delivered to Shan Xi Airlines, which is part of the Hainan Air Group in August 2005. A few months later, it was transferred to the Hainan Airlines fleet, but operated it for Shan Xi, and in July 2006, it was returned to Shan Xi, where it continues to fly today. In early 2011, it was painted in the 2007 Hainan red and yellow livery. At the end of 2017, it was painted in the current Hainan livery.
Posted by Blue Wave 707 at 08:49 No comments: