Further details in this Pacific Air Forces article.
Posted by Blue Wave 707 at 07:26 No comments: 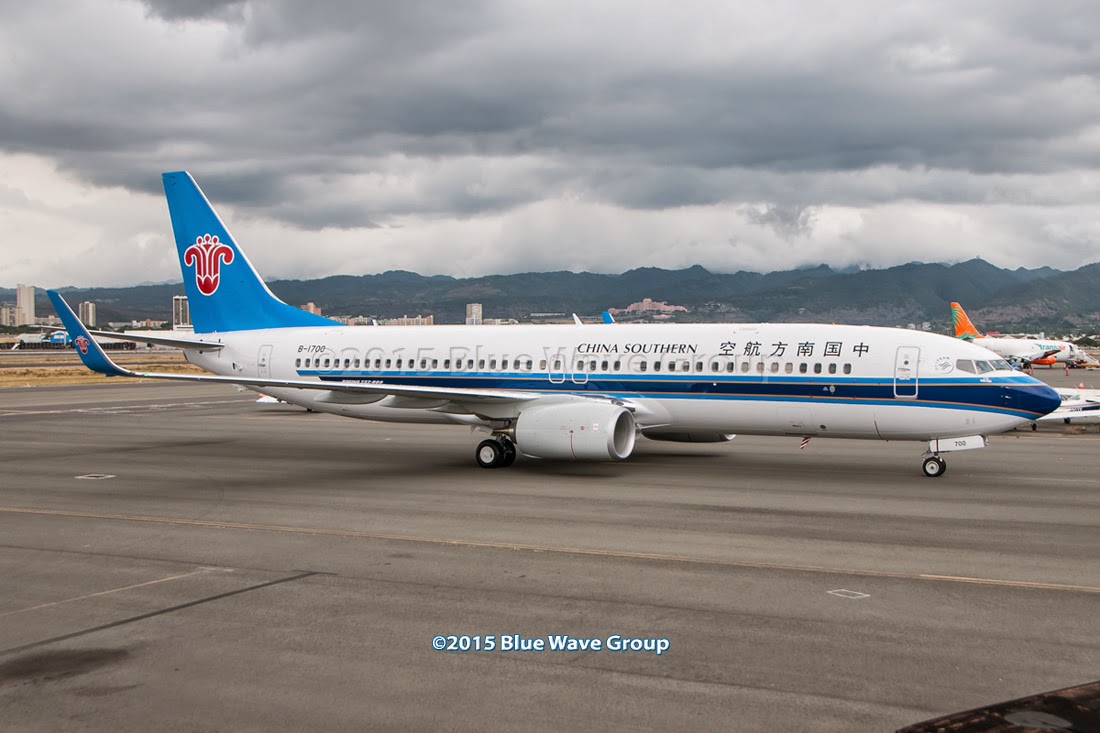 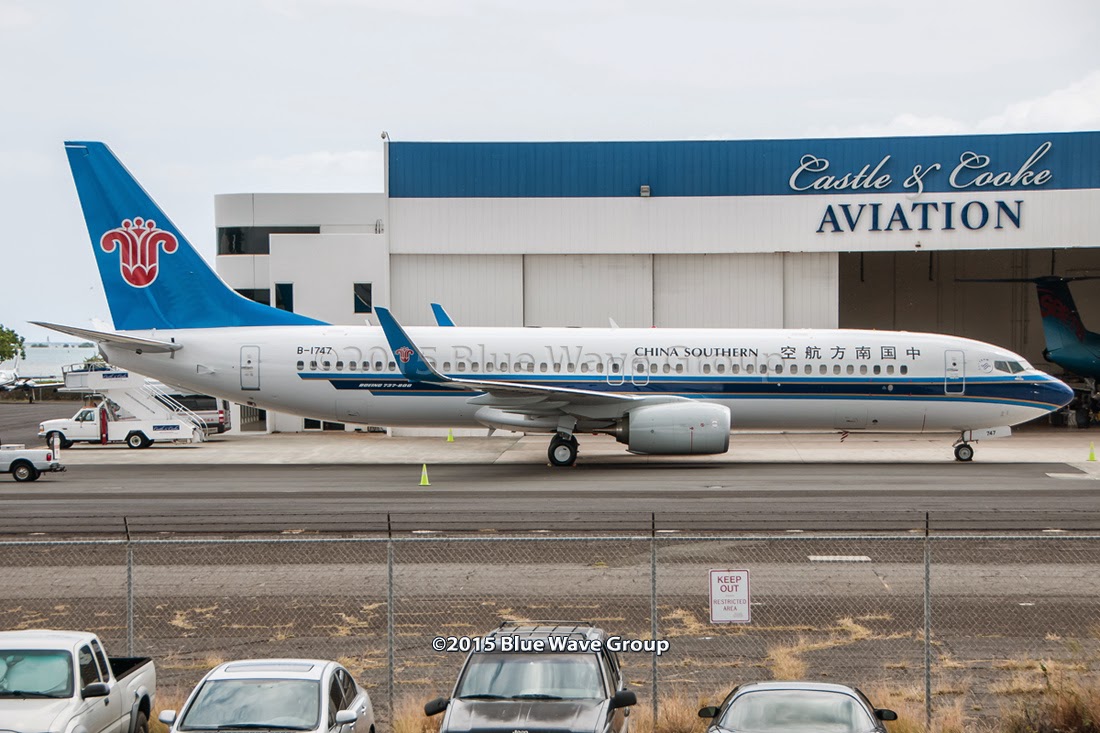 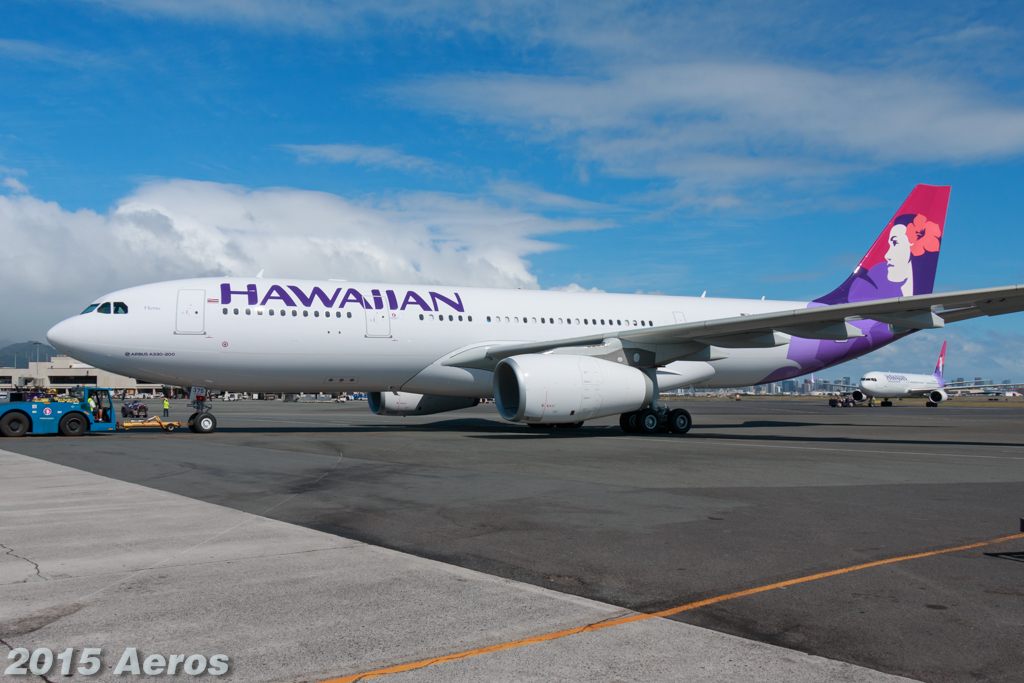 
02.28.15 Update
On a related note, CH-Aviation reports that Allegiant Air is also acquiring two A320s from Philippine Airlines, with deliveries slated for later this year.
Posted by Blue Wave 707 at 09:05 No comments:

The Pacific Business Journal reports that AirAsia Group CEO Tony Fernandes tweeted three days ago, that AirAsia X [D7/XAX] has applied for permission to begin service to HNL from KUL. 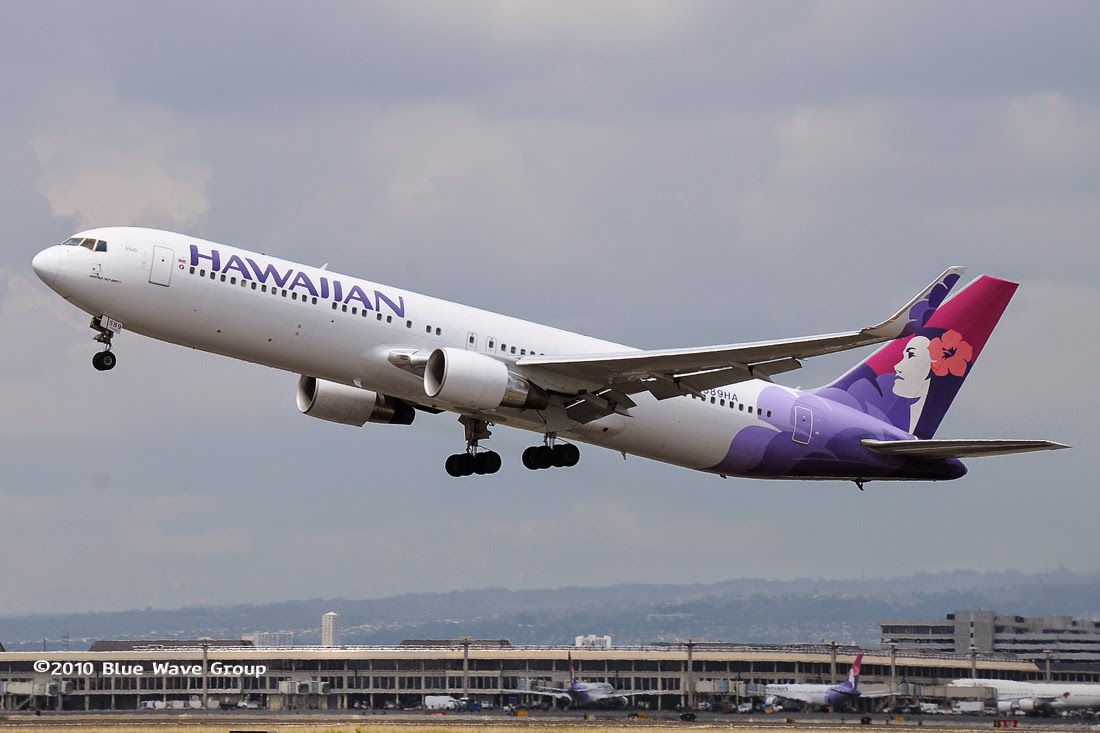 Hawaii News Now reports that revitalization construction work around HNL has been delays due to construction re-designs, and increasing costs. Two projects affecting flight operations have been delayed: the new Commuter Terminal, east of the Diamond Head Concourse; and the Hawaiian Airlines Terminal. The new Commuter Terminal, that will house Island Air and Mokulele Airlines must be completed, and their operations relocated, before the existing Commuter Terminal can be demolished, and the new Hawaiian Airlines Terminal can be built.
Posted by Blue Wave 707 at 22:31 No comments:

Jetstar Switches To 787 For SYD-HNL 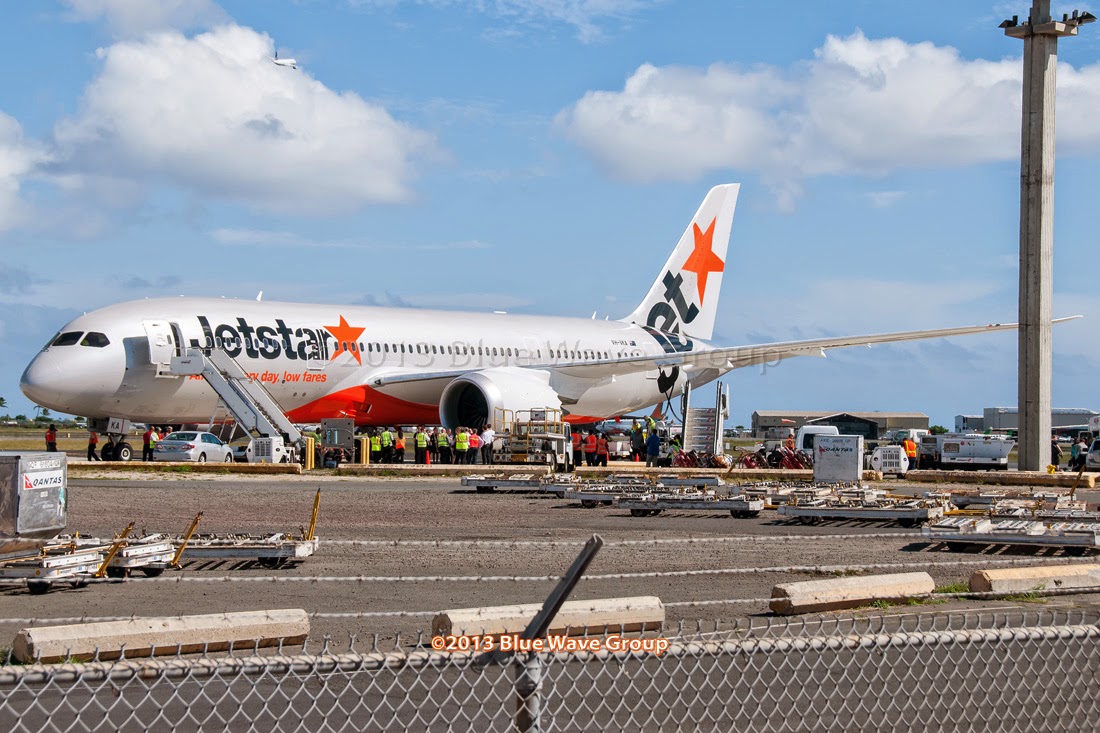 Beginning today, Jetstar Airways has switched from the A330-200s to the new 787-8s on their daily SYD-HNL service [JST3/4]. Jetstar's other flights from MEL and BNE will convert to the 787s in September of this year. The A330-200s are being returned to parent company Qantas Airways, as more 787s are delivered.

Further information in this Australian Aviation article.
Posted by Blue Wave 707 at 09:14 No comments: 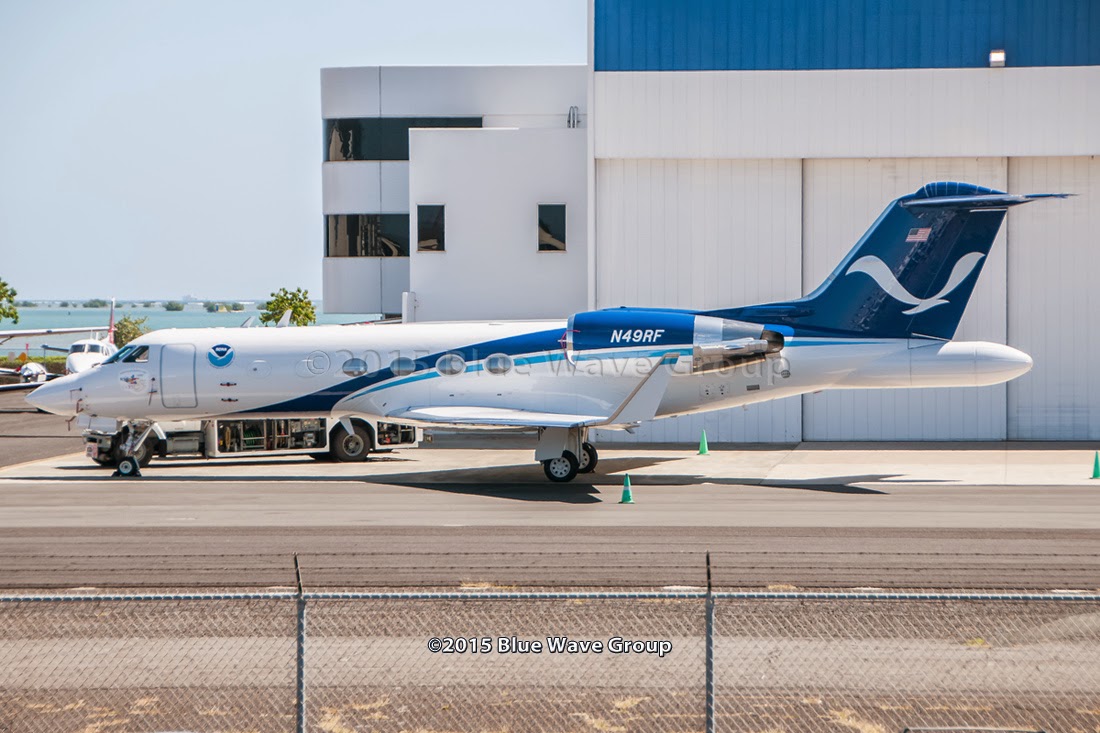 The National Oceanic & Atmospheric Administration's (NOAA) weather-hunting Gulfstream IV, N49RF, has been based out of HNL since 13 February, probably for the winter weather systems approaching the Hawaiian Islands.

02.24.14 Update
According to FlightAware, N49RF had been flying circuits around the islands, and is heading back to LGB.
Posted by Blue Wave 707 at 16:45 No comments: 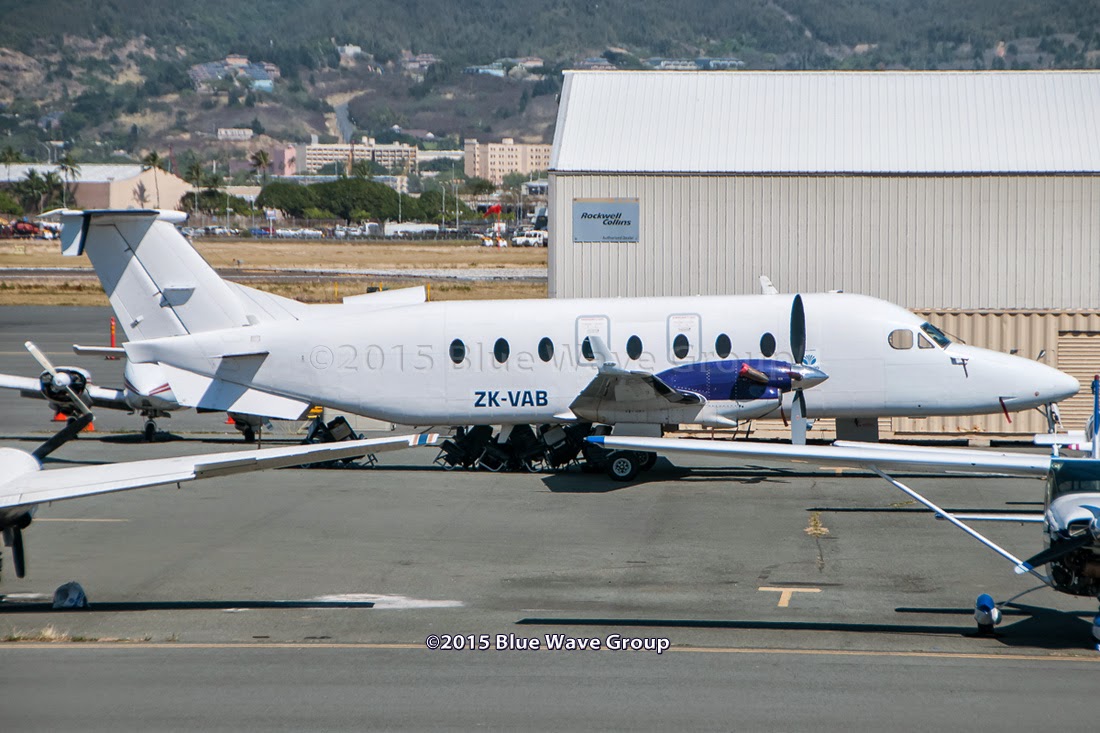 ZK-VAB (msn UE-302), a Beechcraft 1900D registered to Vincent Aviation (New Zealand) has made its way to HNL from AKL, via TBU [Fua‘amotu International Airport, Nuku‘alofa, Tonga]. It's parked on the Anderson Aviation / Pacific Avionics ramp. The owner has been placed in receivership by the New Zealand government. The aircraft was delivered new to Vincent Aviation in May 2001. MRC Aviation reports that ZK-VAB is possibly headed for Canada.
Posted by Blue Wave 707 at 13:44 No comments: Heavies Taking Off From Runway 26R

With the crazy westerly winds we have been having for the past week and a half, most flights, including widebodies, were taking off from Runway 26R.  Normally, widebodies would still taxi out to Runway 26L ("The Reef Runway") or to Runway 22L during Kona winds.  The video above includes 26R takeoffs from all 3 aircraft types UPS flies to HNL, a KE 747-4B5, HIANG F-22, and an USAF KC-10 just taxiing down 26R to HIK.  The various clips were taken over several days during different times of the day.
Posted by hal763 at 16:04 2 comments:

Valentine's Day 2015 was a stormy one over the Hawaiian Islands as a fast-moving winter storm front made its way down the island chain. Its effects were felt by passengers and crew of inbound and outbound flights.

The Aviation Herald reports that United's Flight 15 [EWR-HNL] encountered turbulence that resulted in seven injuries, as the 767-424ER approached the islands.

KHON News reports that a total of seven Maui-bound flights were diverted to HNL, and one to KOA.
Posted by Blue Wave 707 at 22:52 No comments: 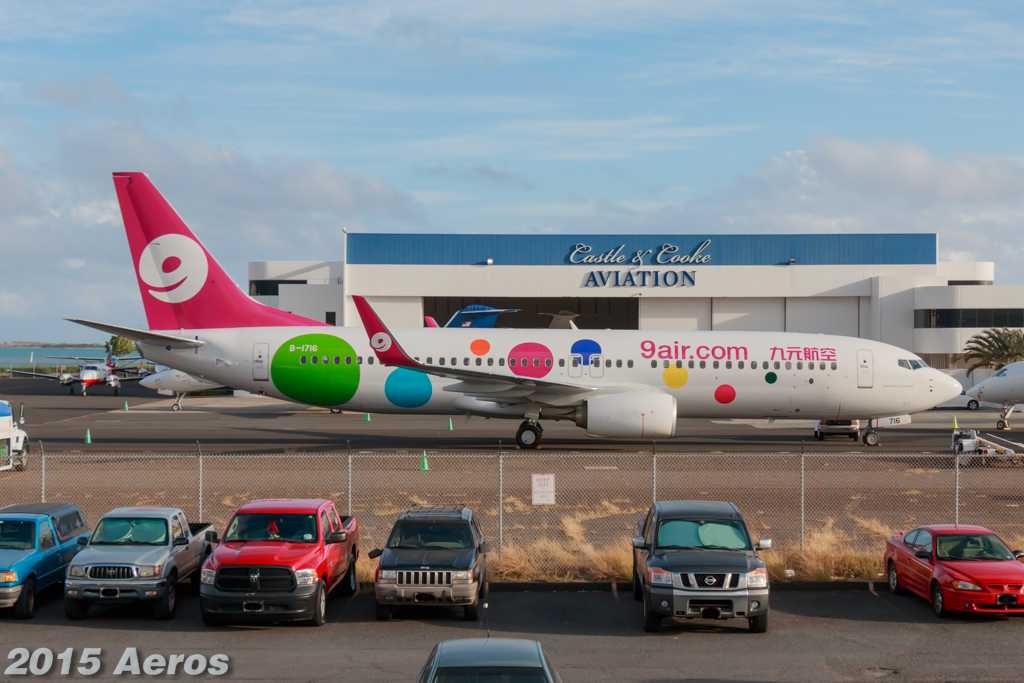 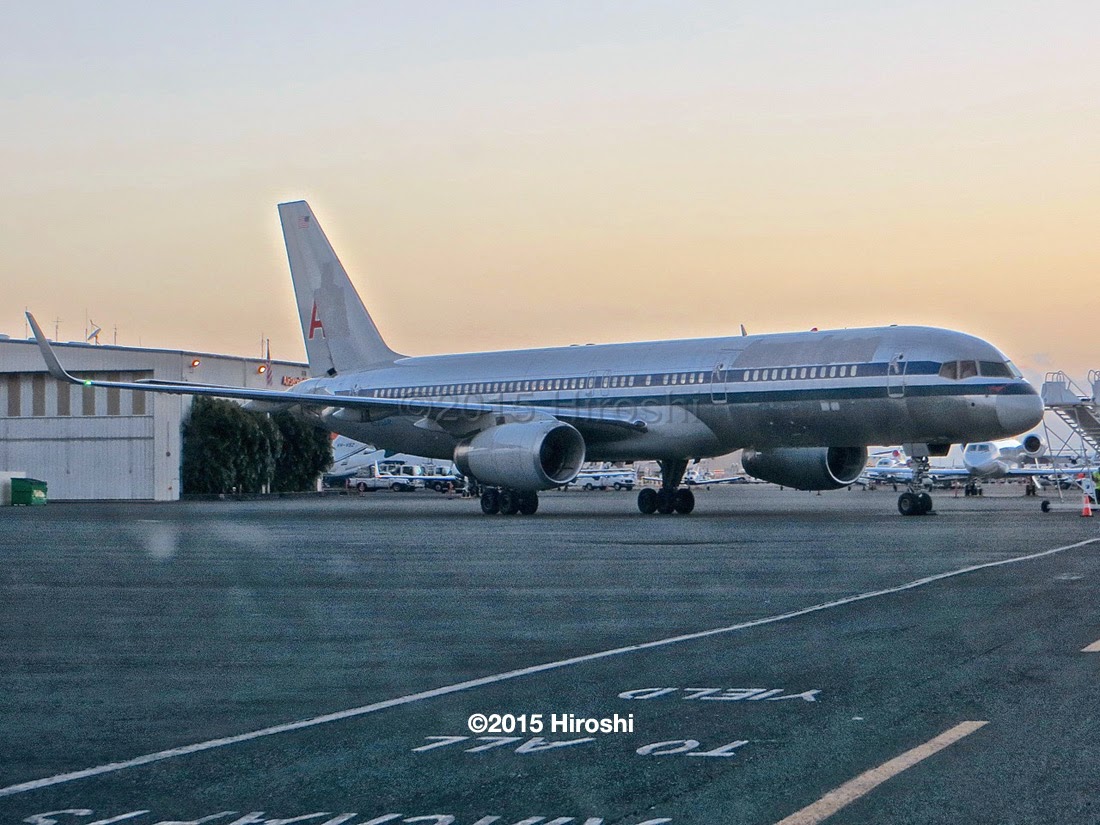 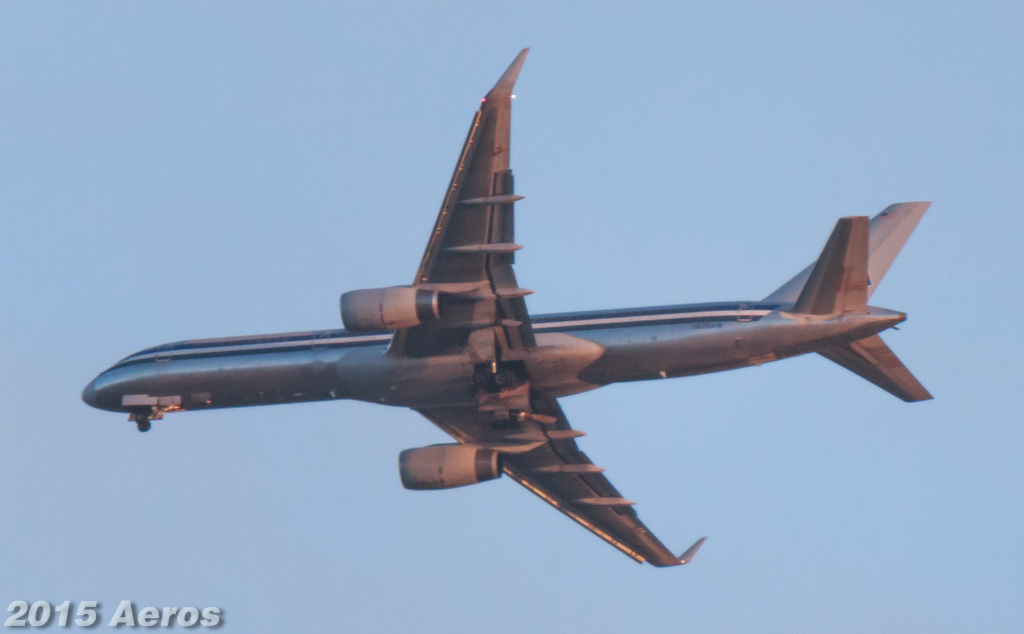 This 757-223 was originally delivered to American in in January 1991 (f/n 636). It had Aviation Partners Boeing Blended Winglets installed in October 2008. It was withdrawn from the American fleet in August 2012, and placed in storage at ROW. Four months later, it was moved to VCV for storage. It was sold to Wells Fargo Bank Northwest in December 2014.
Posted by Blue Wave 707 at 12:57 1 comment: 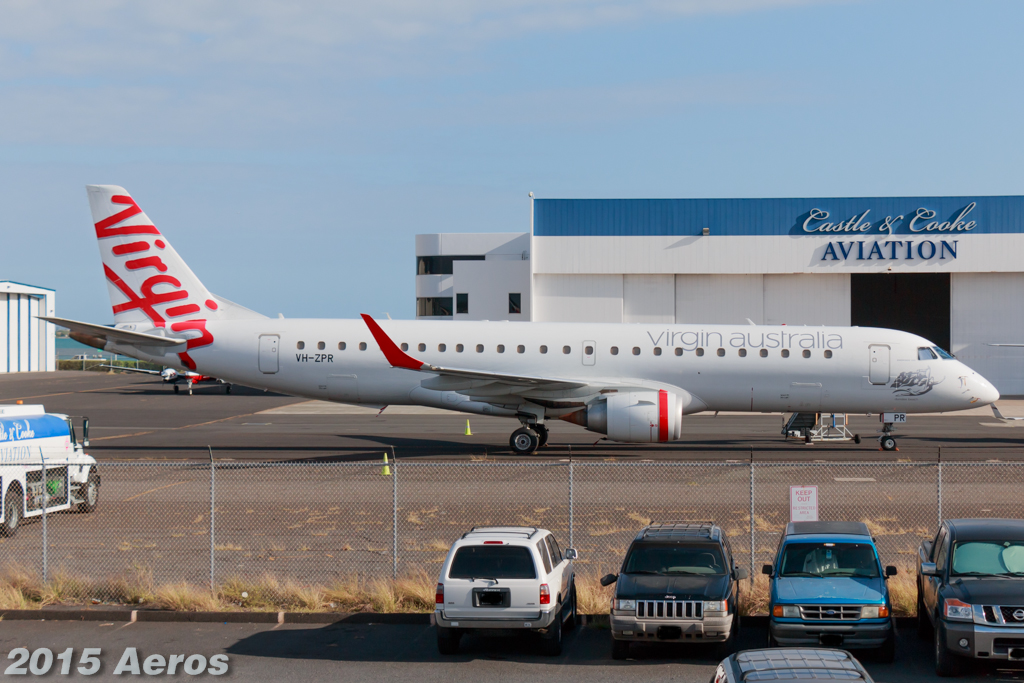 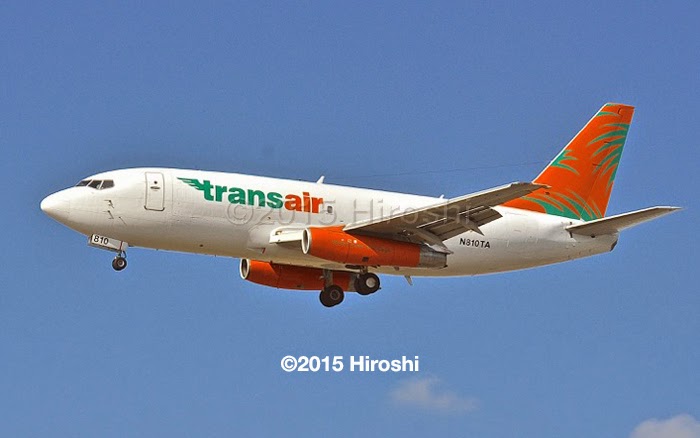 21116 was originally delivered to Pacific Western Airlines [PW/PWA] (Canada) in October 1975 as C-GDPW (f/n 742) in the Combi configuration. It was transferred to Canadian Airlines International fleet in April 1987, when the two airlines merged. In November 1995, it was leased to Canair [CWW] (Canada), by POLA. In August 1997, POLA leased it to Royal Aviation Express [RXP] (Canada). In April 1999, it was converted to a full freighter, and acquired by Transmile Air Services [TH/TSE] (Malaysia) as 9M-PML. During its time with Transmile, it was also painted in the DHL logo jet livery, the Poslaju National Courier livery, and a basic livery. In July 2014, Trans Air took ownership of 21116, registered it as N810TA, but was placed in storage at MNL, until a few months ago
Posted by Blue Wave 707 at 13:33 1 comment: 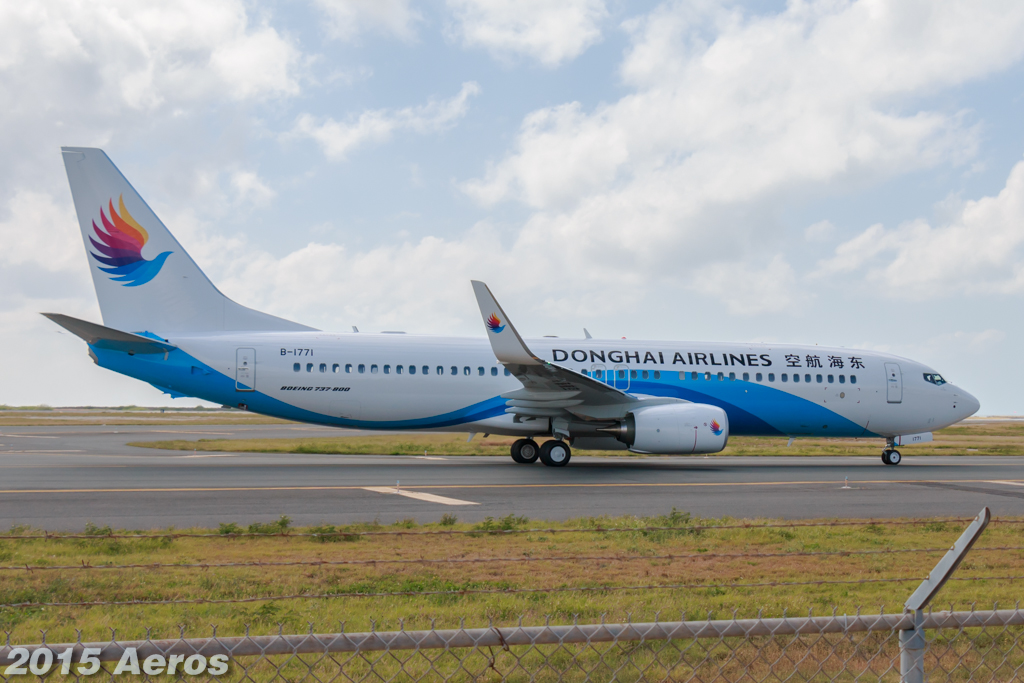 Mexico-based Viva Aerobus [VB/VIV] is about to receive their 6th A320-232. XA-VAH (c/n 3743) was delivered to Jetstar as VH-VQB back in January '09, leased from ILFC, then AerCap (May '14). It arrived from Seletar, Singapore [XSP/WSSL] (via GUM), and will continue on to Generál Mariano Escobedo International [MIT/MMMY] as VIV6800.
Posted by Aeros at 19:02 No comments:

According to an article in the January 2015 Air Force Magazine, the United States, and definitely HNL (and Kalaeloa and MCBH Kāne‘ohe Bay) is much less likely to see An-124s used as charter aircraft for US military transportation.  We may have seen the last of them for awhile.

The U.S. Transportation Command (TRANSCOM) used to charter the An-124s over the past 13-14 years to get "big stuff" overseas as a last resort, thru a CRAF sponsor, but this has dropped significantly in the past few years. Much of this is due to the Fly America Act.

Editorial
In my opinion the continued sour relations between the US and Russia is a major factor as well. After all, why should we contribute to Putin's economic growth as long as he continues to buzz our borders and naval formations.
Posted by 2003Z06 at 00:43 9 comments: 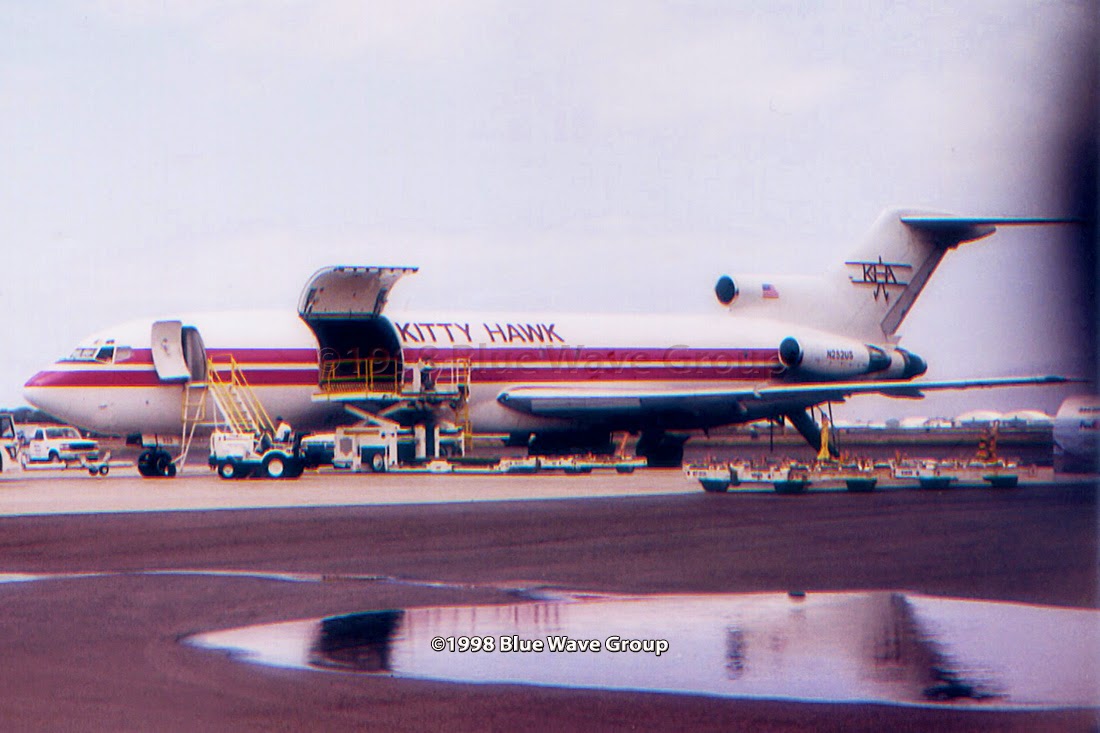 N252US was originally delivered to Northwest Airlines in November 1968, with their fleet number 2252. It remained with the airline until it was stored at Smyrna, TN in October 1994. It was picked up by Nations Air in June 1997, but never saw service. Kitty Hawk acquired this 727-251, and converted it to freighter in September 1997, then leased to Ansett Air Freight (Australia), but it was returned to Kitty Hawk, where it was placed into inter-island air cargo service at HNL for a short period of time. The airline took a try at hauling cargo, but the venture was short-lived. It was then sent to the mainland for their cargo operations, and was painted into their blue and white livery. N252US was withdrawn from service, retired, and stored at ROW in July 2011.
Posted by Blue Wave 707 at 07:27 No comments: