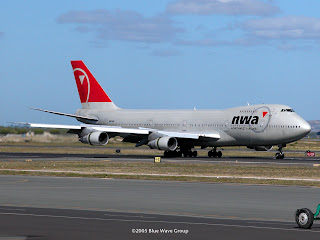 On the 12 of Sept. I was out by MSP photographing aircraft from a new viewing point. When I saw this 747 coming in for a landing. It was using a runway that I haven't seen the 747 land on. After posting these photos I was contact and ask if this was the last flight. I did a web search and found that it was the final flight of NWA 747-200 numberN624US into the Twin Cities (MPS).

Photos can be view by clicking on the links below.