After a week and a half with no cable (which also meant no internet) due to the storm last week, here's some recent pictures. With all the rain we have been having recently, there have been a lot of rainbows showing up around HNL. These pictures were taken on Dec 12. 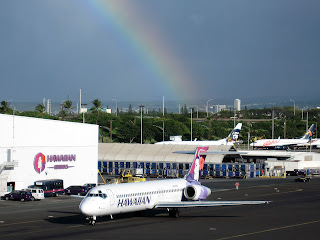 This one was taken in the morning and the rainbow is right over the AS 737-800. Apparently, one of AS's flights the previous day was cancelled, most likely the ANC flight. 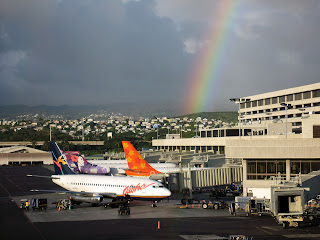 This one was taken in the afternoon. The rainbow now appears over the terminals. 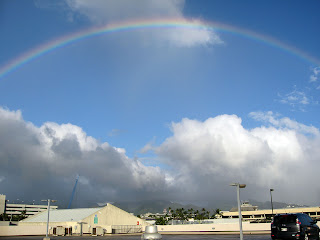 This last one is actually the top of the same rainbow in the second picture.