Other things seen around HNL tonight 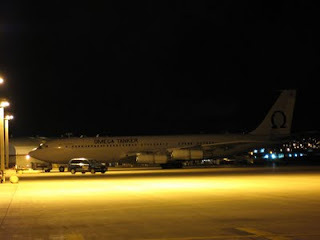 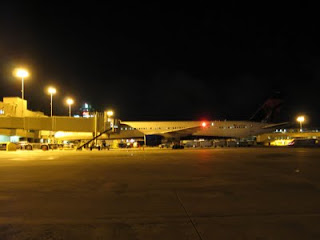 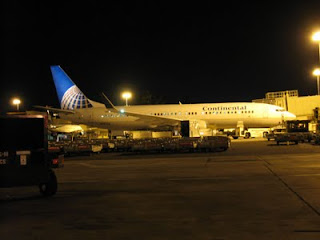 While driving around the ramp tonight, there were a couple of interesting aircraft here.

Middle picture: A Northwest 757-351 (N590NW) at Gate 16 painted in Delta colors just before departing as NW622 to LAX. Sorry for the horrible shot with the jet bridge in the way, but Northwest was setup and waiting for another Northwest flight that was taxiing in at the time.

Bottom picture: A Continental 737-824 (N73278) at Gate 12 getting ready to depart as CO12 to LAX. This flight is supposed to be a 737-900ER, but issues with using pre-recorded video on the LiveTV system has made Continental down gauge the flight to a -800 until the issues are sorted out. There is no LiveTV satellite coverage in the Pacific between Hawaii and the West Coast, so pre-recorded videos need to be used to provide the IFE on these flights.
Posted by hal763 at 22:54

I like the night shots! Coming to HNL tonight is B721 VP-BAP. Currently scheduled to arrive at 22:50 from PTKK.

AN225 off to Pago Pago again Sunday.