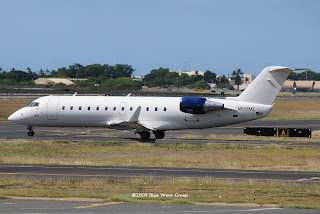 go! received their sixth CRJ200, N591ML (msn 7388), and has been put into service. It's not wearing any go! titles nor markings, but does have a small "Operated by Mesa Air Group" sticker by the main entry door.

Ohhh...great! I hear there are some sleepy go! pilots just dying to get their flight time in on this great new bird! lol..