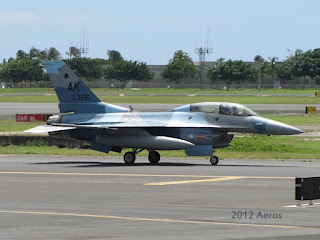 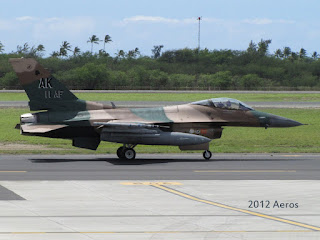 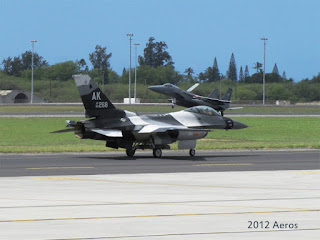 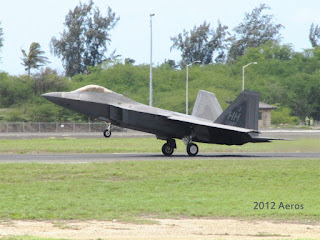 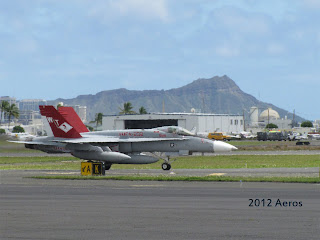 Also transiting through today, were the F/A-18C Hornets of VMFA-232 "Red Devils". A historical note about the VMFA-232, they had two stints at Marine Corps Air Field Kāne‘ohe Bay. The first "K-Bay" assignment was from 1956 to 1966, they flew the North American FJ-1A Fury and the LTV F-8E Crusader. The second "K-Bay" assignment was from 1977 to 1993, when they flew the McDonnell-Douglas F-4J Phantom II and the F/A-18 Hornets. They are currently stationed at MCAS Miramar, but on deployment to Kandahar, Afghanistan.
Posted by Aeros at 16:32

Nice shots. Sad to see the back seat of the F-16D empty.