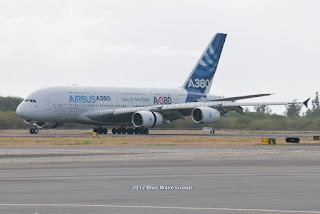 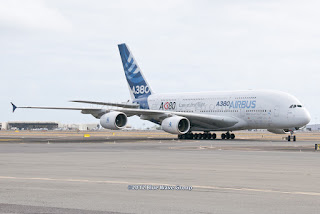 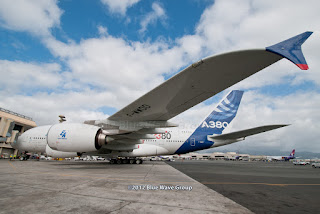 F-WWDD (msn 004), an A380-861, one of the Airbus Industrie [VK/AIB] A380 demonstrators paid a visit to HNL today, in an event hosted by Hawaiian Airlines. The Super Jumbo is flying as AIB101, and their call-sign is "Airbus101Super". F-WWDD is seen in the top photo, rolling out on Runway 8L. It exited on Taxiway K, and taxied to Gate 29 via Taxiways A and D (above).

F-WWDD's first flight took place in October 2005. It was built with Rolls-Royce Trent 970 engines, and designated as an A380-841 variant. According to Airbus Senior Vice President of A380 Marketing Richard Carcaillet, this airframe has only 3,000 flight hours on it. As a demonstrator, it has worn temporary liveries of Emirates Airlines [EK/UAE], Singapore Airlines [SQ/SIA], Lufthansa (fuselage titles only) [LH/DLH], and Etihad Airways (fuselage only) [EY/ETD]. As seen in the photos on this post, it now wears the "Love At First Flight A<380" titles along with the Airbus house colors. In May 2009, F-WWDD was re-fitted with Engine Alliance GP7270 engines, and re-designated as an A380-861. As with the other Airbus airliners, the version codes designates the type of engines used on the aircraft. 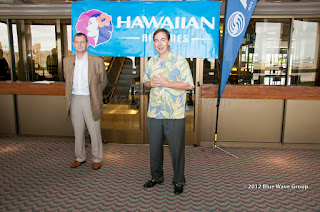 Airbus Senior Vice President of A380 Marketing Richard Carcaillet and Hawaiian Airlines President & CEO Mark Dunkerley held a pre-arrival briefing at Gate 29. The flight, we were told, originated from TLS, and its flight time was approximately 15 hours, 15 minutes. 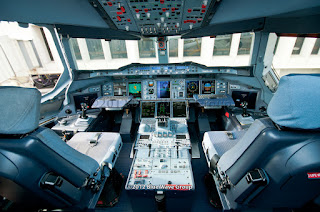 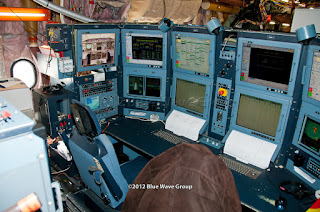 The interior of F-WWDD is quite bare, but filled with water ballasts, test equipment, a master control panel for the flight test engineer. There are several seats in the forward upper deck for the group that flies with the A380. 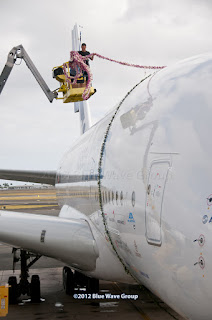 A maile lei, and five orchid lei were placed around the fuselage of F-WWDD. Each strand measured over 200 feet in length.

Thanks for the great video! Felt like I was there.