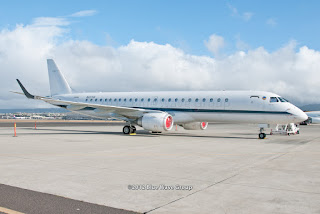 Someone I know may have gotten to see inside, pretty sweet digs for a private jet!