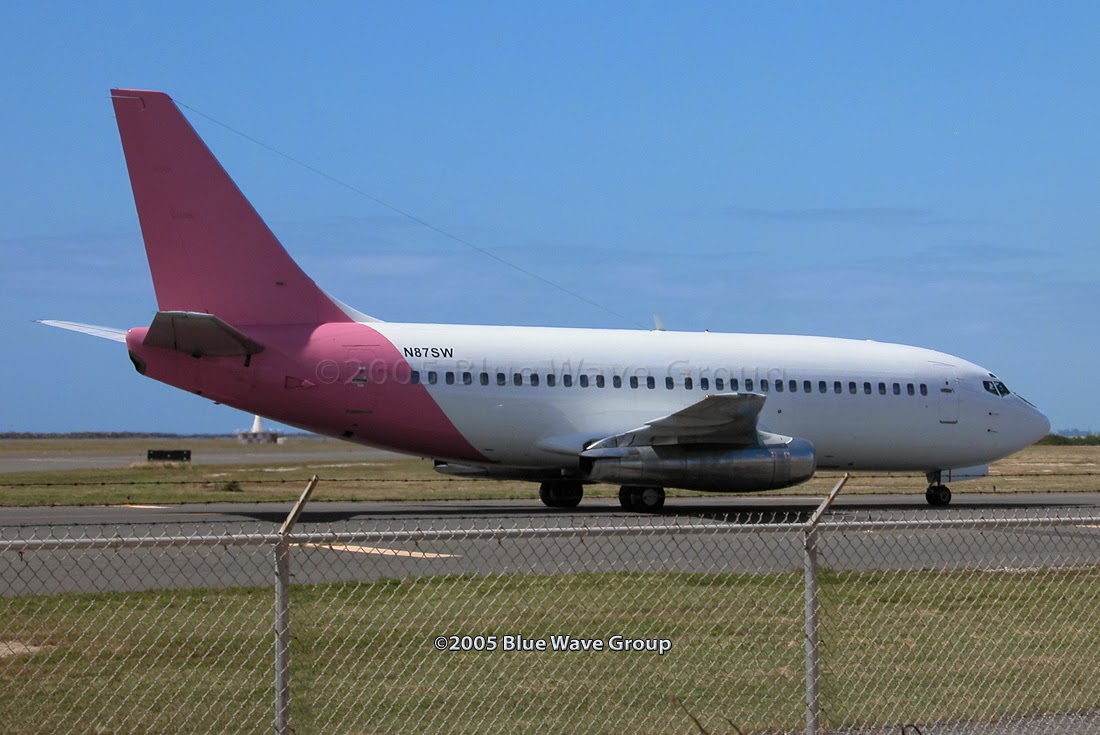 22903 was originally delivered to Southwest Airlines as N87SW in September 1982. It was withdrawn from service in late 2004, and was sold to a few different owners. In September 2005, it was acquired by Royal Khmer Airlines [FE/RKH] (Kampuchea) as XU-RKC. In May 2006, it was leased to Benin Golf Air [A8/BGL] (Benin) with the same registration, and currently is still under lease. According to PlaneSpotters.net, RKH no longer has a fleet as it all has been leased out.
Posted by Blue Wave 707 at 09:57