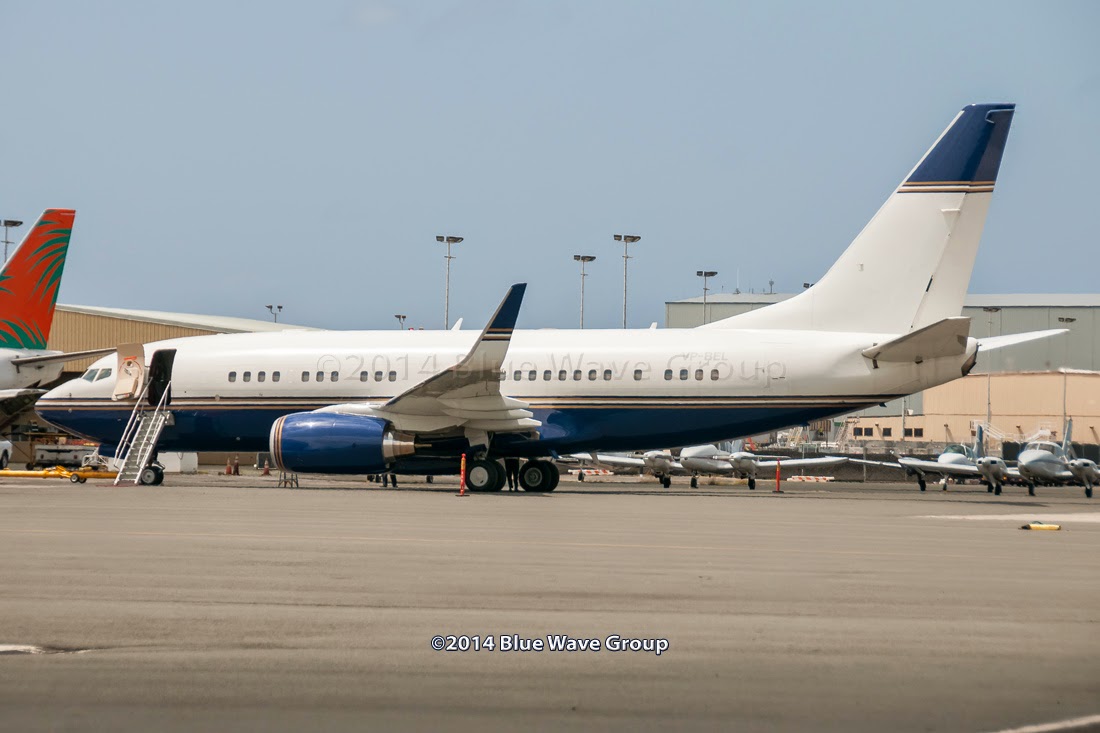 29139 was delivered to North Pacific Aviation in August 2000, operated for Kjell Inge Røkke as N21KR. In November 2003, it was acquired by Magenta Aviation, and registered it with the current VP-BEL, and retained livery without the "R" logos on the tail and winglets.
Posted by Blue Wave 707 at 13:35