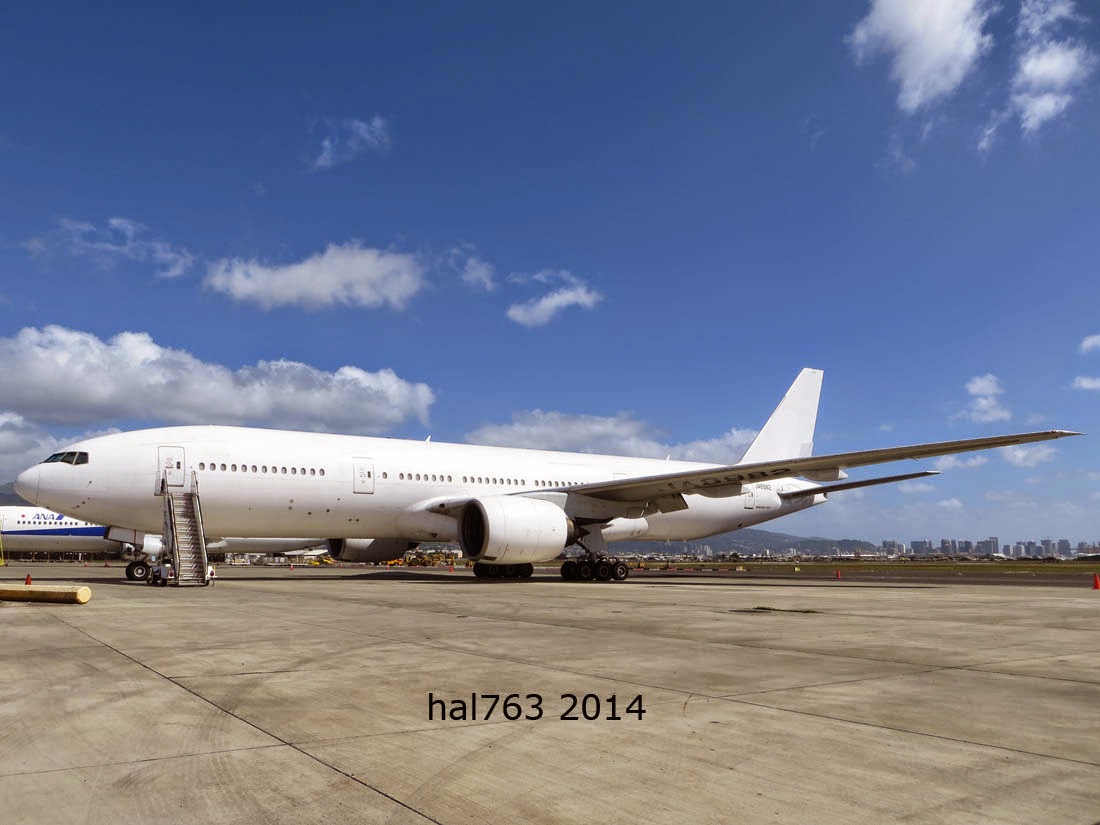 JA8982 (c/n 27365, l/n 26), a former Japan Airlines 777-246, that has been sold by the airline, and is making its way to San Bernardino International Airport (SBD). It arrived at HNL this morning from HND as JAL8131. It will leave HNL tomorrow morning for SBD, where it will be parted out by its new owner.

It was originally delivered to Japan Airlines in March 1996, in the Landor livery. In late 2007, it was painted in the "Arc Of The Sun" livery. In September 2010, JA8982 became one of the two 777-246 logojets promoting Arashi, the Japanese mega-pop group. The Arashi decals remained when JA8982 was painted in the current Tsuru livery, until the end of 2011. The most recent photo of JA8982 on Airliners.Net was in this past September.