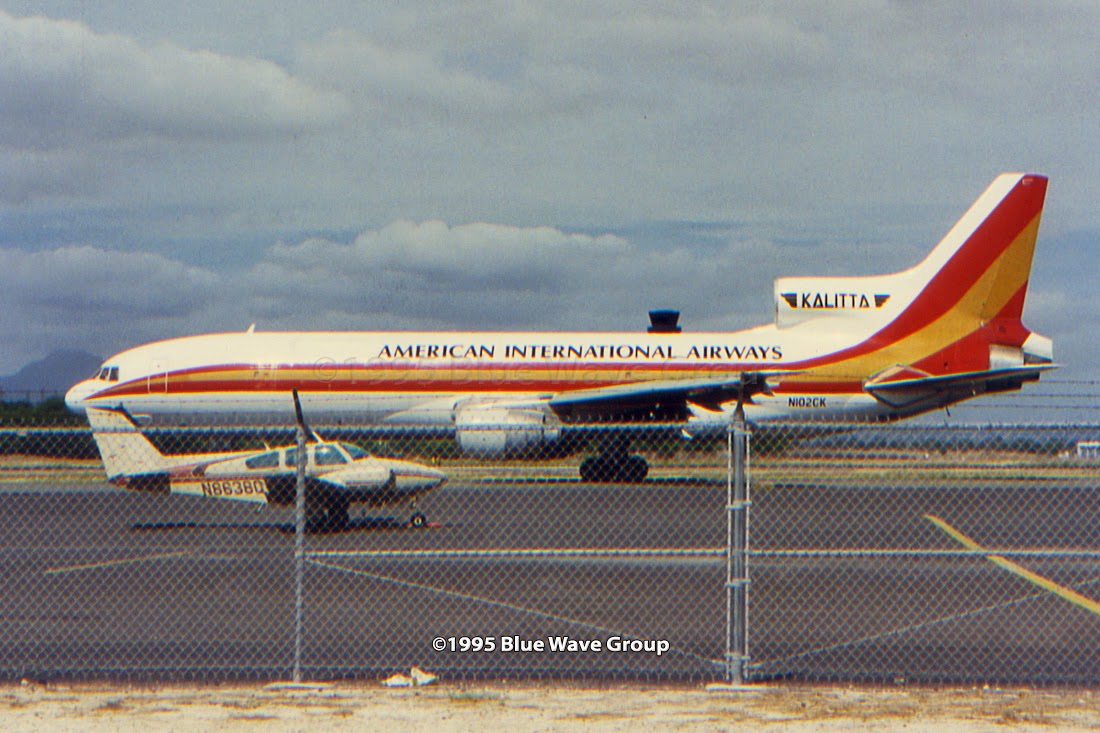 This Tri-Star was originally delivered to British Airways [BA/BAW] in November 1980 as G-BHBM "The Piccadilly Rose". It was also painted in the Landor livery, and re-named "Poole Bay" in the late 80s. It was leased to Kuwait Airways for a short period in 1992. It was acquired by American International in November 1994, after going through its freighter conversion. In May 1999, it was transferred to Kalitta's Kitty Hawk International [CB/CKS] subsidiary. After Kitty Hawk's closure, N102CK was sold to Wells Fargo Bank Northwest, and ferried to Jordan. It then was ferried to Greece, where it was supposed to be leased to Freedom Air (Cyprus), with the Greek registry of SX-CVE. Last known photo taken in January 2013, reports are that this Tri-Star remains stored at KVA [Megas Alexandros Airport, Kavala, Geece], still in the Kitty Hawk livery.
Posted by Blue Wave 707 at 10:11