UH Charter to the Sugar Bowl 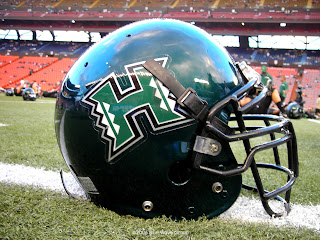 It was announced last week that the University of Hawaii football team will flying to the Sugar Bowl in New Orleans on HA instead of AQ, who flew the team to their away games during the season. Baring any difficulties, the Warriors will be flying to the Sugar Bowl tomorrow night on N590HA, "Koa`e`ula." HA has added the UH logo to N590HA in the same area as the Raiders and Seahawks logos on N592HA and N583HA. Sorry, no picture of this yet.
Posted by hal763 at 17:58

Pualani in the Big Easy!

The team charter flight to MSY is scheduled to depart HNL at 1715HST as HAL1086.

I just watched them leave the interisland terminal. I forgot my camera (dang). Wishing them the best of luck at the Sugar Bowl!!!