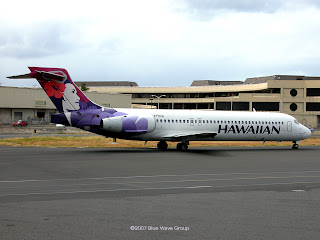 Hawaiian Airlines announced that they are leasing four Boeing 717-200s from Boeing Capital, increasing their inter-island fleet to 15 from 11.

According to sources, these four 712s are ex-JetStar / Impulse Airways (Australia) birds, with the first due to arrive in September.