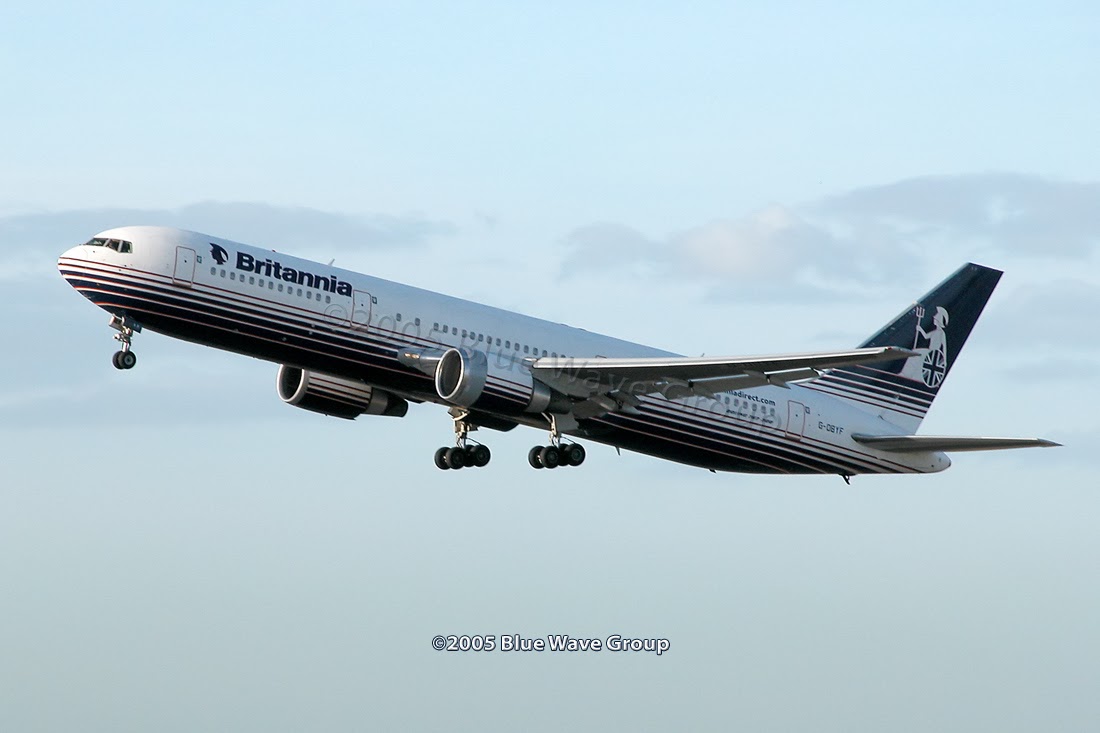 G-OBYF was originally delivered to Britannia under lease from ILFC in June 1998, but later purchased the 767-304ER. During its time with Britannia, it has been leased to Garuda Indonesia for Hajj charters, with a hybrid livery. When Britannia's parent company, the TUI Group consolidated its carriers, the Britannia Airways name and brand dissolved, and became Thomsonfly, and continues today. The Garuda Hajj lease continued until 2007, including the blue Thomsonfly livery. In late 2009, G-OBYF had Aviation Partners Boeing Blended Winglets installed, and continues to fly for Thomsonfly.
Posted by Blue Wave 707 at 06:58