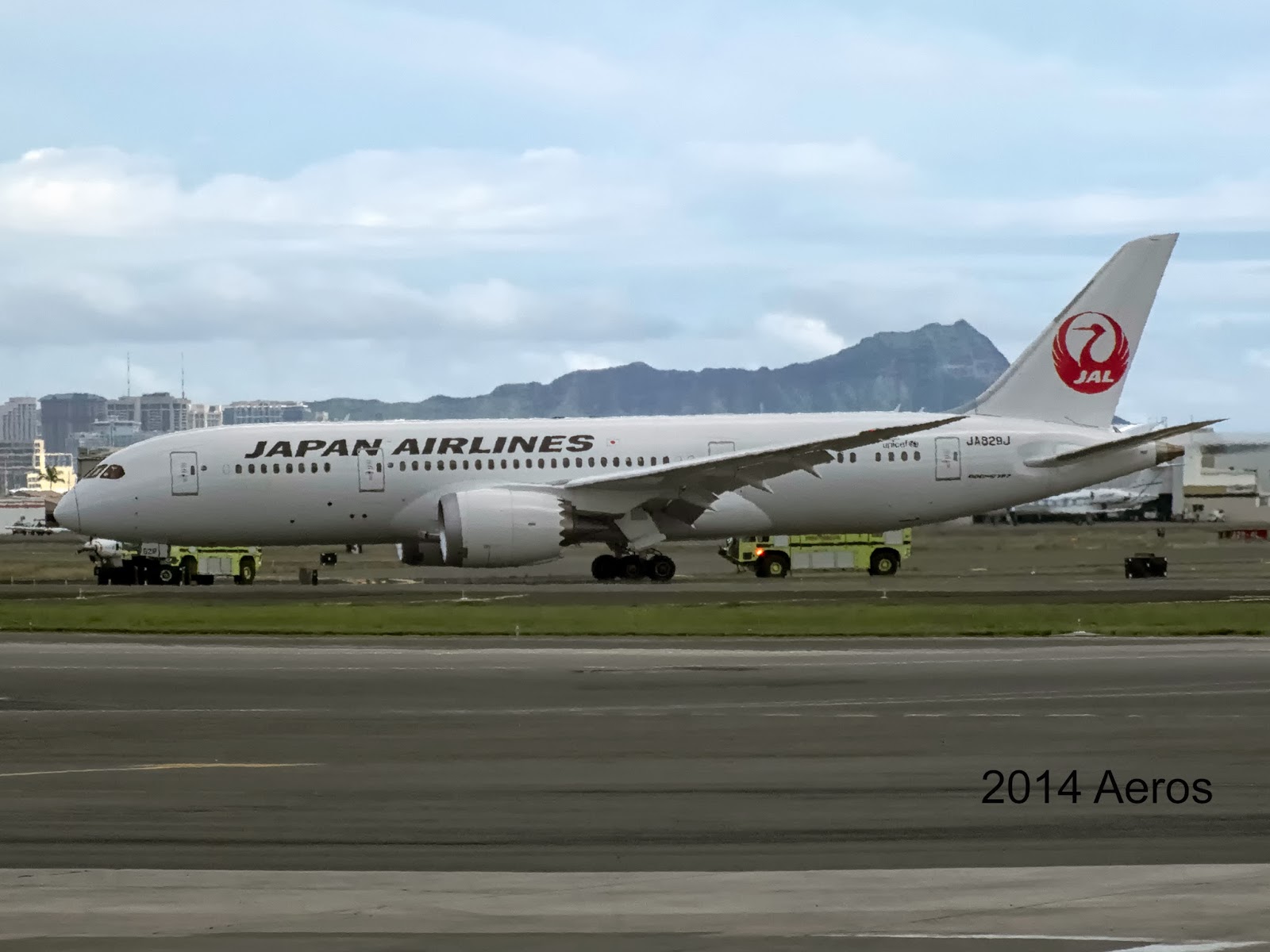 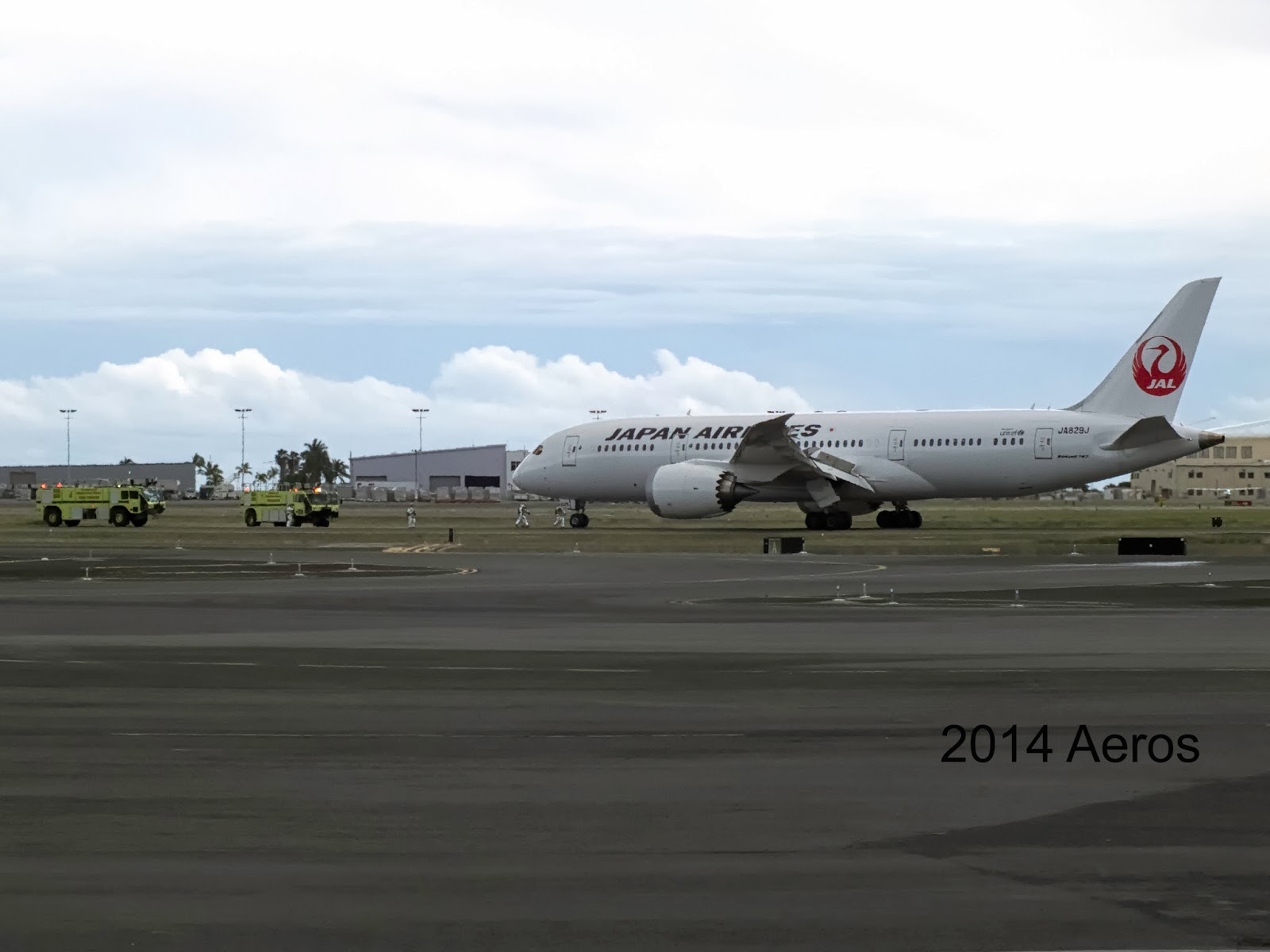 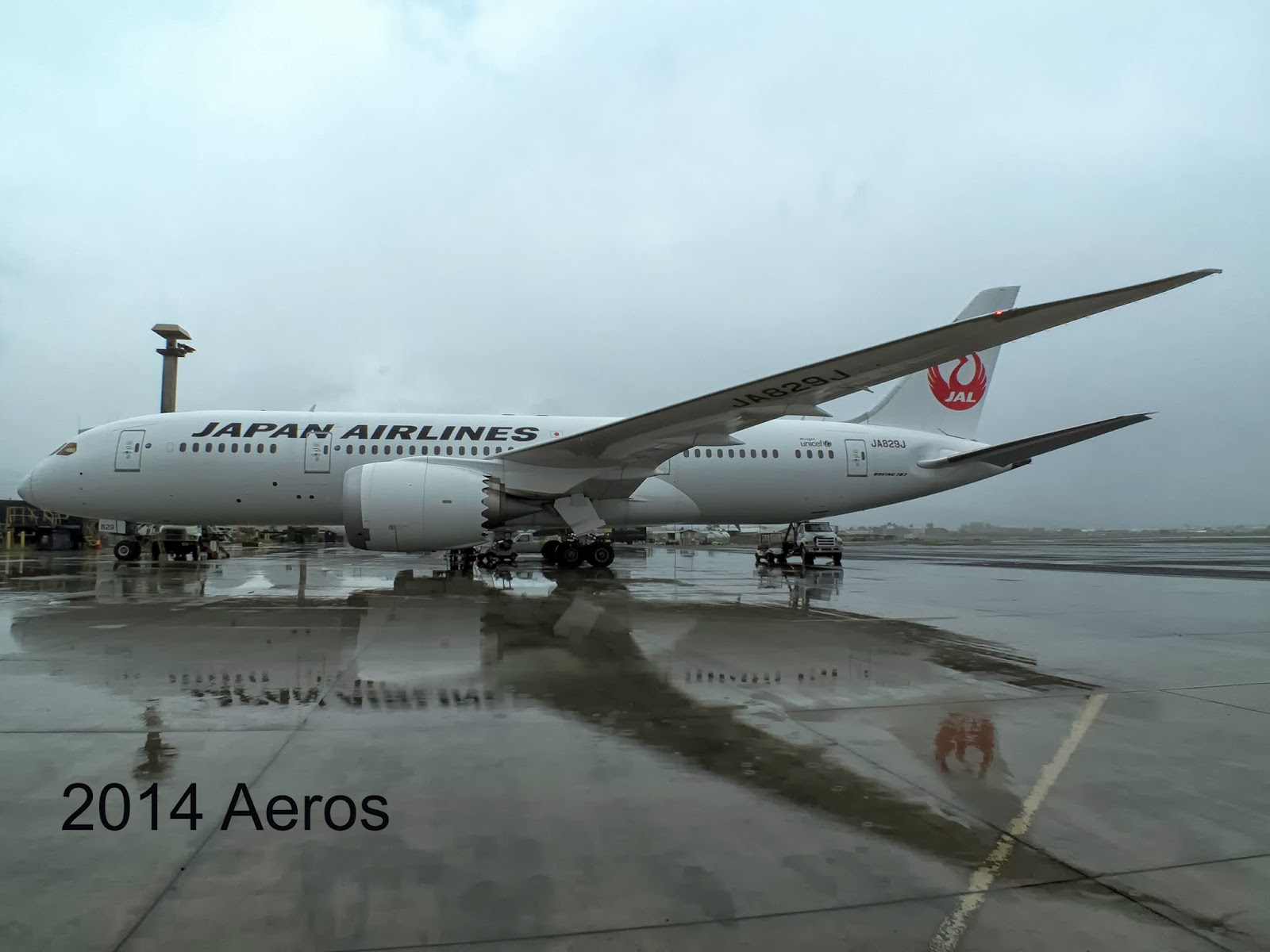 Japan Airlines' flight JAL2, JA-829J (c/n 34839, l/n 84), with direct service between Tokyo Haneda (RJTT/HND) and San Francisco (KSFO/SFO) diverted to Honolulu earlier this afternoon due to a emergency declared by the pilot. The flight diverted to HNL due to a drop in oil pressure in it's right engine. The 787-8 is currently parked at the north hardstands as it awaits maintenance. This is the first 787 to divert to HNL as well as the first JAL 787 in HNL.

Here is the link to the flight on flightaware.

Here is the link to a Reuters article.

This is the infamous aircraft that had a fire in the electrical compartment after arriving at Boston Logan airport back on January 7, 2013. This was the first of the 787 fires that led to the grounding of the 787 fleet.


03.16.14 Update
JA829J is at the United (though still titled Continental) Hangar with its number 2 engine removed.
Posted by hawaiitraveldeals at 17:16