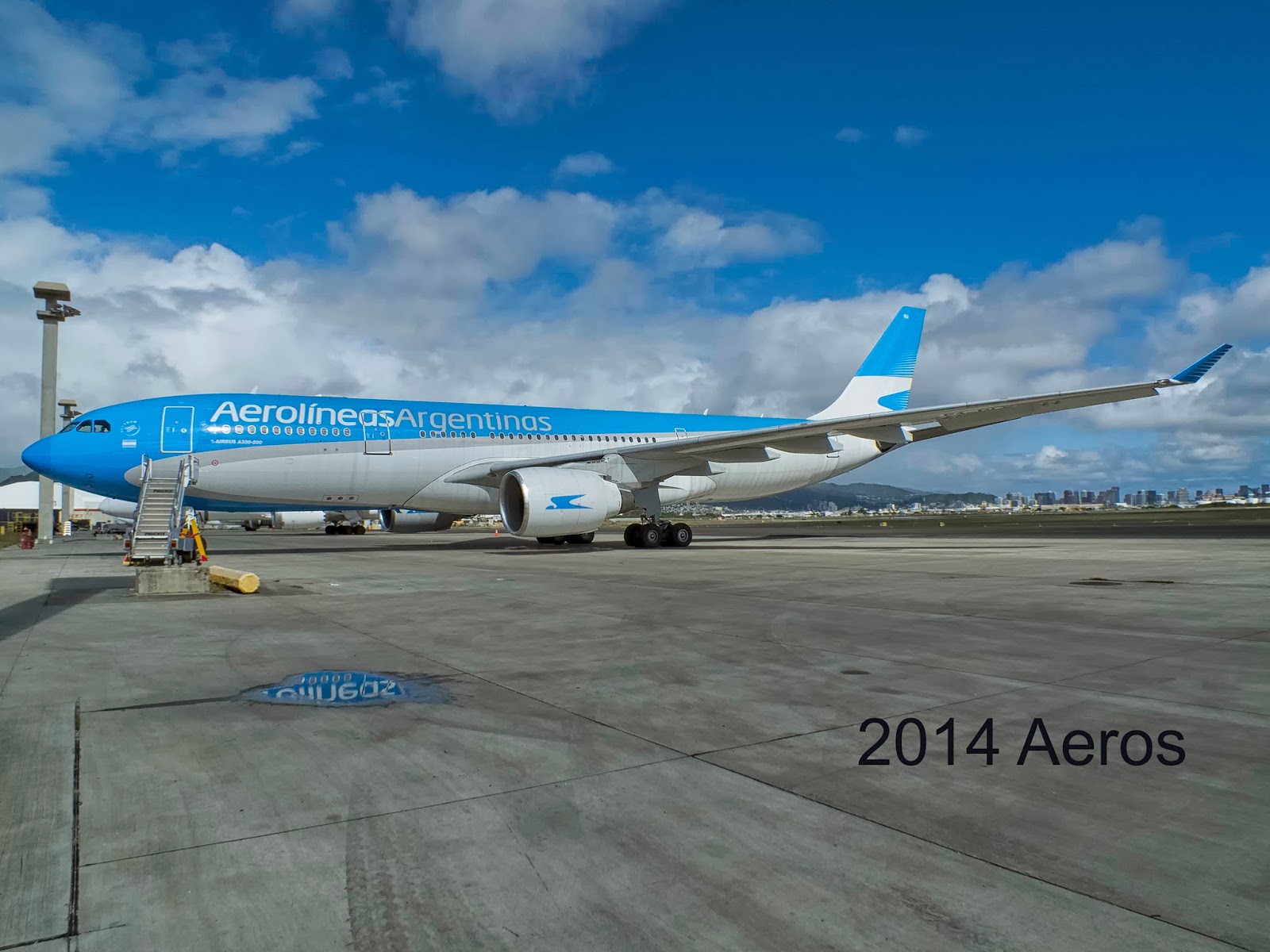 P4-DLK (msn 300), an A330-223, owned by ILFC is making its ferry from Malaysia to Argentina, and HNL is its first stop along the way. The flight originated from SZB. It's bound for Aerolineas Argentinas, and will be registered as LV-FNJ upon delivery.

This A330 was purchased by ILFC and originally delivered to Sabena [SN/SAB] as OO-SFS in in November 1999. Sabena ceased operations in November 2001. It was leased to Belgium's new flag carrier, VG Airlines (later Delsey Airlines) [IV/FVG] with the same registry in June 2002. It received the name "New York City, The Big Apple". However, the carrier was short-lived, and ended operations in November 2002. In February 2003, it was leased to Malaysia Airlines as 9M-MKW, and was returned to ILFC in September 2013. It currently wears the Aruban registry of P4-DLK.
Posted by Blue Wave 707 at 15:20


Please yours know if it plane is in Hawaii stand by o for maintenance.
Is ready for go Argentine ?

Thank you and good blog