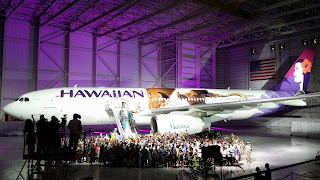 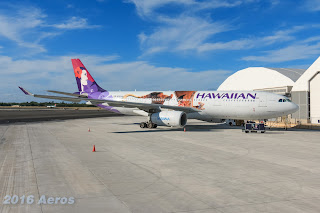 Hawaiian's first promotional livery aircraft was pressed into service the today as HA16 to San Diego.
Posted by Aeros at 21:25