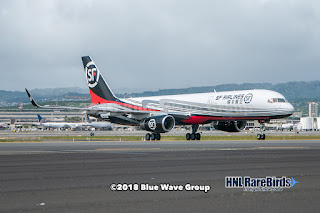 29425 was originally delivered to American Airlines in August 1998 as N675AN (f/n 5EG). It had Blended Winglets installed in 2008, and flew with American until August 2015, where it was placed into storage at ROW [Roswell, NM]. In January 2017, it was sold to Jetran, and ferried six months later to VQQ for freighter conversion. After conversion, it was acquired by SF Airlines.
Posted by Blue Wave 707 at 08:55