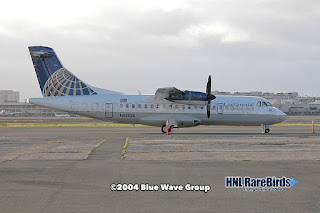 It's not known when Cape Air will ferry their three ATR42s to the mainland, and which route they'll take.