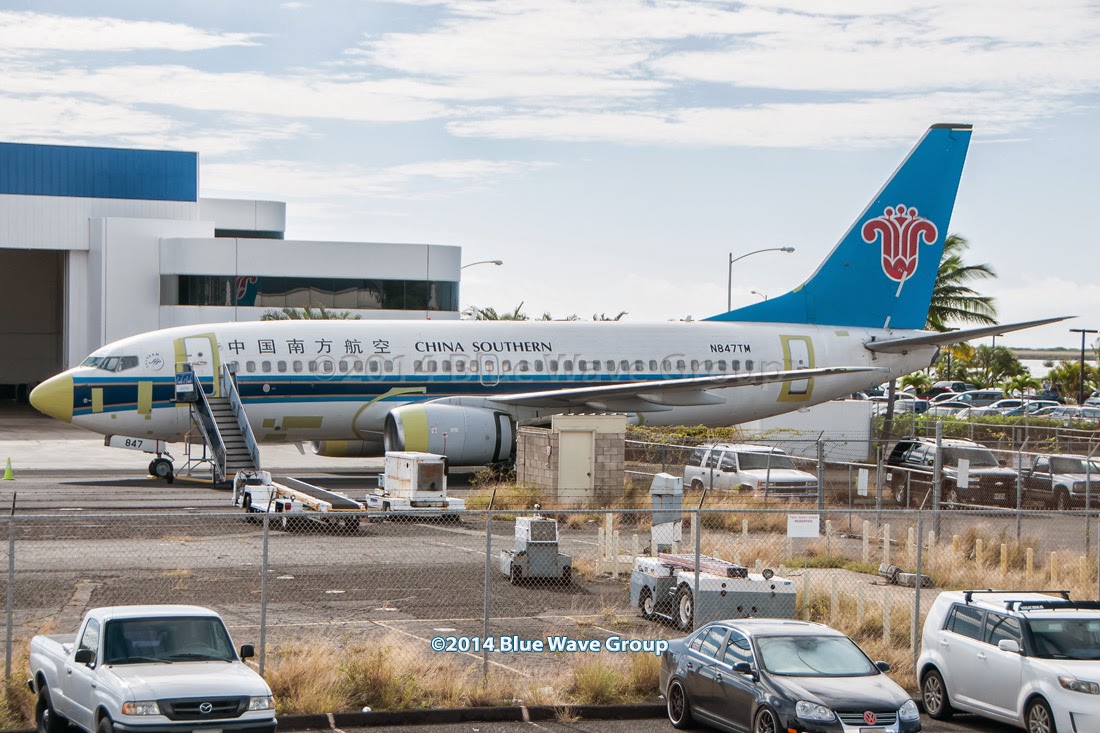 China Southern Airlines is returning one of their 737-76Ns to GECAS. N847TM (c/n 32583, l/n 994), is making its ferry flight from CAN (via GUM and HNL) to the mainland, and has been at HNL since the 14th. As you can see above, with all the zinc chromate green primer areas, there has been a lot of work done to this 737-700. There has been nothing noted if this airliner was involved in any kind of accident.

Know anything about the 2x China Southern 777-200s that have been parked for the last 24 hours or so?

There was a minor fuel x-feed issue with the aircraft. Reason why it only left yesterday morning.

Aircraft is now as of Dec 30 at KPAE in Washington State.